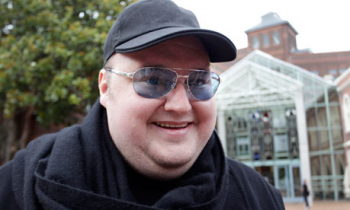 Did Key know about the raid on Dotcom's estate?

Kim Dotcom, founder of Megaupload whose home was spectacularly raided [http://www.escapistmagazine.com/news/view/118975-Kim-Dotcom-Raid-Video-Goes-Public] by heavily-armed troops in January 2012, has since had an apology from New Zealand PM John Key, who claimed that the GCSB security services had acted unlawfully and that he personally was appalled by what had happened. However in a parliamentary inquiry Kim Dotcom has alleged that Key was well aware of what was going on, even before the raid took place. If true, that would directly implicate Key in those same security services abuses.

Key has since described Dotcom as a "well-known conspiracy theorist" and said he was "utterly wrong." The exchange had all the snap and vim of a schoolyard. Dotcom: "You know I know." Key: "I know you don't know. I know you don't know." Dotcom: "Why are you turning red, prime minister?" Key: "I'm not. Why are you sweating?" All this in a packed out meeting room, with everyone from MPs right down to off-duty staffers keen to get a look in at the bullfight. According to a video posted by Seven Sharp [http://tvnz.co.nz/seven-sharp/kim-dotcom-gcsb-video-5486885], Dotcom has political ambitions. "He doesn't want to be in front, the politician," claimed the Seven Sharp reporter who spoke to Dotcom, "but he does want to be the guy in the background."

Dotcom's statement was given as part of a parliamentary inquiry as part of a proposed expansion of domestic surveillance laws. The problem with the Dotcom incident, as Key and the GCSB discovered to their cost, was that Dotcom, as United States [http://www.escapistmagazine.com/news/view/119829-New-Zealand-Prime-Minister-Apologizes-to-Kim-Dotcom].

It was the same thing with the 9/11 hijackers and the Boston Bombers. You wait long enough and it turns out the only people who DIDN'T know were the ones actually effected.
S

What an ego on this guy, pissing off the leader of the one country willing to put up with his shit.

Scribblesense said:
What an ego on this guy, pissing off the leader of the one country willing to put up with his shit.
Click to expand...

The leader of any country is still just a man. He's not some kind of higher being above criticism.

Karloff said:
Key has since described Dotcom as a "well-known conspiracy theorist" and said he was "utterly wrong."
Click to expand...

Ummmmmmmmmmm.... It is not a conspiracy theory when they kick in your door and film it...... That is a fact... When a government has to apologize for raiding your home that is history.... So... Yeah dismissing it as a conspiracy is not going to make the FILMED raid vanish. So if the PM did not know about a movement of that size, with MULTIPLE points of air support.... Who did? And why did the PM not know?

Asking an overweight person why they are sweating seems a bit ignorant >.>...

Anywho its hardly a conspiracy >theory< when shit already went down. At this point its just conspiracy.

I'm really keen on seeing this extra "evidence" that Dotcom supposedly has.

I wish our government would leave him the hell alone, he was planning to build NZ another underwater fiber link to the rest of the world, MY 400ms (on a good day) PING DEMANDS IT!!!
W

I think after you get attacked by a special forces operation, you're entitled to a little paranoia.

Shaidz said:
I wish our government would leave him the hell alone, he was planning to build NZ another underwater fiber link to the rest of the world, MY 400ms (on a good day) PING DEMANDS IT!!!
Click to expand...

God, I know. Why can't we have nice things, like an actually decent internet connection like the rest of the world has?

I'm very interested in what evidence he has that implicates our PM, at any rate. I have to admit I was giggling like a little girl when they were having a go at each other. The only really decent thing about it was that at least John Key actually did turn up and stick it out.
S

this is getting real good. its surreal, like watching some badly written cartoon drama, but in reality. gota love the man for being so massive and being able to move around so much.

And let's remind everyone of the recent news of US spying in the EU, and the documents stating that the second-rate partners: Canada, UK, Australia, New Zealand; were not spied on. Given the 'special interest operations' conducted on their soil in the past decade would reinforce notions that the US has more than enough say in what happens in those countries for them to break their own laws. Perhaps the commonwealth is still alive, just under new management. God save the President.

I'm a fan of John Key AND Kim Dotcom... this is like watching mommy and daddy fight for me.

I feel the situation isn't as complex as Kim makes it out to be but at the same time John Key has had a terrible track record with "national intelligence" agencies on his term.

At the same time we have bigger things to worry about than Dotcom being shoved into the spotlight. I bet he just loves the attention.
K