I'd prefer not knowing where the xenomorphs came from. It was more fun wondering if they were the pinnacle of evolution, or mankind's hubris of genetic experiments. Also, this plot synopsis doesn't sound as bad as people make it out to be, it could be worse, it could be Alien Resurrection.

I'll take my £20,000 for my brilliant contribution to the screenplay now please, Mr. Scott.

Why are people so obsessed with "knowing" what happened?
Often, the mystery is the only thing that makes a situation creepy- do we gain anything by having this back story as opposed to "they just evolved that way."

And since everybody seems to be hating it already, I'm looking forward to it even more. 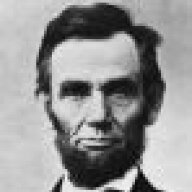 I don't want the aliens explained! Besides, it will most likely be horrible, like Alien 3 & 4.
R

Jennacide said:
I'd prefer not knowing where the xenomorphs came from. It was more fun wondering if they were the pinnacle of evolution, or mankind's hubris of genetic experiments. Also, this plot synopsis doesn't sound as bad as people make it out to be, it could be worse, it could be Alien Resurrection.
Click to expand...

I agree with your second statement, I find it hard to concieve of anyone accidentally making something worse than Alien Resurrection. That said, I might like to see this movie. The xenomorphs were never scary to me, just interesting, even when I saw the movie as a young child.

The best part is it gives the middle finger to the cannon established by the AvP movies. Because of that, I fully support this.
D

This sounds like it could be a good movie if it were not part of the Alien franchise, a franchise that never should have been. I would gladly give up Aliens if it meant there would be no other sequels.

Caveworm said:
I always enjoyed the mystery around that alien in the first Alien film. Some things don't' need explaining. I guess they are going to balls it up like Lucas did with explaining the origins of the force.
Click to expand...

One of the many great things about Alien was that all the alien designs felt truly "alien" , and far removed from anything on Earth. I've never even liked the title "xenomorph".

Can't we just let the Alien be a horrific creature from the darkest corner of the universe and call it a day? 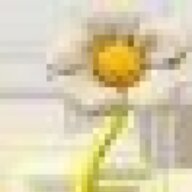 Thomas Guy said:
I would love to see a Blair Witch type film with 1 xenomorph as the antagonist only catching glimpses of it. I like my monsters mysterious and lethal.
Click to expand...

Only problem with that is that we now know EXACTLY what they look like, how they hunt, how they breed etc... if they opted for that sort of film it would just be a dissapointment, because any amount of mystery involved will be thrown out of the window when you instantly conjour up the image thats been ingrained into us through, 6 films and x amount of games...

OT: As a huge fan of alien, i could not be more delighted they are making another one. I will look forward to this with fan-boy squirts of wee whenever someone says the word "alien".

Ok, yeah, it may not be any good... hopefully they do an ALIENS, and not an RESSURECTION out of it.

On a completely semi-related note, why does no one like the first alien vs predator? I thought it was really good, as (to me) it focused quite well on all three species', and i think managed to make quite varied an interesting humans... something that cannot be said about the sequel, which despite loving from a fan-boy sense, was a fucking awfull film.

Lukeje said:
Why in the hell do the aliens need an origin story? This just seems stupid.
Click to expand...

Because someones unoriginal, needed money, and just wants an excuse to say "I MADE A MOVIE!!!"
Click to expand...

I dont think they need one. But if you can make an interesting origin story then go for it. This has some promise in the beginning. I like the alien progenitor angle. But then I lost interest. If you are going to have super fancy god aliens then the scale of your story needs to be big enough to match. Not, oh no, a xenomorph is lose and killing everyone.

They murdered this horrible idea before release.


Jacob Haggarty said:
Only problem with that is that we now know EXACTLY what they look like, how they hunt, how they breed etc... if they opted for that sort of film it would just be a dissapointment, because any amount of mystery involved will be thrown out of the window when you instantly conjour up the image thats been ingrained into us through, 6 films and x amount of games...
Click to expand...

An idea is to not actually reveal it is an alien movie until a twist ending. Alas the horror would be ruined as word of mouth spread the twist around.
A

Isn't that the plot from Master of Orion 3?

vaderaider said:
OT: Sounds intresting, I like the idea of having more from the space jockeys, It's been a while since I have seen alien but I'm pretty sure nothing about the space jockeys was explained.
Click to expand...

I've seen Alien fairly recently, but I can't say that I remember anything about the Space Jockey, let alone hearing it being referred to as the "space jockey".


All in all, the synopsis reminded me of something from comics; specifically Marvel's cosmic god-like beings, the Celestials [http://www.comicvine.com/celestials/65-13343/].
Click to expand...

It was never referred to as such in the movie. It is this guy, which I didn't see at first either but it's in plain view for a full few minutes of viewing time: 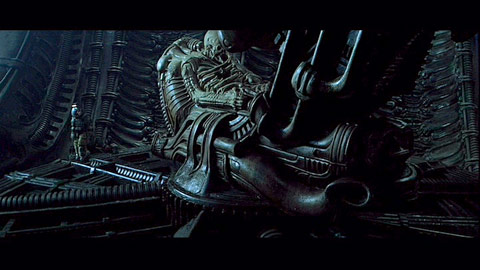 Also, the movie sounds bloody horrible. But I'd still give it a chance.
Click to expand...

I have to imagine what the Xenomorphs looked like before they incorporated Space Jockey DNA into their genetic make-up... I mean, I can see what pieces they took from it (it's easy, just look at the cute widdle thing!), but then we have to try to reverse the process and remove those traits (or perhaps only part of them) from the Xenos...

I would still probably go see it. 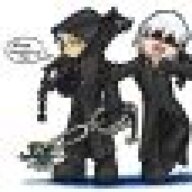 Bassik said:
They betther make it awesome, or else... it will still get huge box-office results, but... maybe mr. Plinkett will review it! That'll show them!
Click to expand...

Oh how I do enjoy those Pizza rolls.