It seems every old arcade hit these days is getting the XBLA/PSN treatment and it's nice to see Capcom's classic fighters are no exception. Marvel vs. Capcom Origins is a 2-in-1 piece of fighting game history that any fan of the franchise would be privy to try their hand at. Neither of the included games may have the roster of MvC 2 or the flash of MvC 3, but both have their own unique charms that make them memorable fighters in their own right.

The older of the two games, Marvel Super Heroes, was released in 1995 with a roster of 6 playable heroes and 4 villains (excluding secret characters). Based loosely off of the story of Marvel's famed The Infinity Gauntlet [http://en.wikipedia.org/wiki/Infinity_Gauntlet] storyline, MSH pits a somewhat reasonable assortment of heroes and a strange collection of villains against each other in a gambit to wrest the all-powerful Infinity Gauntlet from the clutches of Thanos. Unlike many of the other titles in the Marvel vs. Capcom franchise MSH only allows you to play one fighter at a time. This may be a turn-off for some fans of the franchise as it is known for 3-on-3 clusterfucks of action, but I felt the standard 1-on-1 setup was a refreshing change of pace for this brand of fighter.

While it may not have the enormous amount of team combinations featured in other MvC games, MSH suffers no loss in depth due to its dynamic Infinity Gem system that adds an extra layer of complexity to combat outside of health bars and super gauges. At the beginning of a match (usually) each player will have a small assortment of gems on them that they can activate in the midst of combat to give them temporary boosts. The gems: power, mind, soul, time, reality and space each grant their own buffs to characters and many of them affect the characters in different ways. When activating the "power" gem for example, Spider-Man attacks his foes with a mirror-self that flanks the opponent while Psylocke makes two clones of herself for some air-combo insanity.

Though the roster is small, each of the characters and their respective stages/themes work well together and ultimately make the game feel like a true Marvel video game (albeit from the 90's). It's not without the obvious pitfalls of an older fighting game however. I played it with both a 360 controller D-pad and an arcade stick and found that the commands lack in accuracy compared to most modern fighters. Trying to do simple inputs for supers seems to fail more often than not and the infinity gems occasionally refuse to activate. The AI is a mother fucker to say the least in this game. In true fighting game fashion the AI is garbage with some characters and godlike with others. Just hope you don't fight Spider-Man late into the arcade mode. Seriously, fuck Spider-Man. Also, don't go into this game thinking it's a legitimately balanced and competitive game. It's a fighter from the 90's. Take what you can get and have fun with it.

Marvel Super Heroes is not the best MvC game Capcom's ever produced, but the gem system puts an interesting twist on a traditional formula. I don't know, I just really love the gem system for some reason. I guess it helps that I am a huge fan of the source material...

The first true "Marvel vs. Capcom" game and the game that earned the franchise its namesake, Marvel vs. Capcom: Clash of Super Heroes, is a great fighter with a weird roster and some really nutty mechanics. Similar to its more widely-played successors, MvC allows you to play two characters in tag-team combat and randomly assigns you a third assist character that you can summon to attack your foe. Strangely, on the Marvel-side these assist characters are almost exclusively X-Men characters. MvC's story is virtually non-existent and doesn't really play to any established stories in Marvel or Capcom canon. Onslaught's shown up to fuck some dudes up and the Capcom characters are there for some reason... whatever, let's just fucking fight! Crossover! Yeah!

While MvC pioneered a lot of the ideas its successors are known for it does have one gameplay mechanic that separates it from other entries in the franchise. "Duo Team Attacks" allow you to tag-in your second character for some multi-fighter action reminiscent of professional wrestling where they just go off and say, "fuck the rules"! If your opponent triggers a duo team attack in response you suddenly have four fighters cramped into a small area beating the ever-loving shit out of each other. I guess you could say this game was the precursor to Super Smash Bros. [http://en.wikipedia.org/wiki/Super_smash_bros] and Power Stone [http://en.wikipedia.org/wiki/Power_Stone].

The roster is full of odd choices, though I'd say Capcom's side is guiltier of this than Marvel's. Hey, at least this game actually has Mega Man! Capcom be troll'n [http://www.blogcdn.com/www.joystiq.com/media/2012/01/megaman127.jpg]. Aside from that there really isn't all that much to complain about in this game. The AI isn't overtly cheap (although Onslaught is obnoxious) and the commands feel much tighter and more reliable than in Marvel Super Heroes. In fact I'd say MvC is a much more solid fighter experience than its successor Marvel vs. Capcom 2: New Age of Heroes. MvC 2 may have a much larger cast and 3-on-3 action going for it, but MvC just seems far more balanced and thoughtfully put together. MvC 2's huge cast is kind of a detriment as it almost feels like a MUGEN [http://en.wikipedia.org/wiki/MUGEN] game if you go back and play it.

At the end of the day Marvel vs. Capcom: Clash of Super Heroes is a solid fighter with some really fun mechanics. So long as you can get over the limited and somewhat questionable roster choices you're in for a treat.

As a whole package there really isn't much to talk about. It's got online play of course, though I wouldn't go in expecting it to be very balanced by any means. The pan-title unlock system has much to be desired, but there's only so much you can ask of a $15 re-release. The achievement tracking system is really neat though and I find it actively affecting my play style. Anything that subtly forces you out of your comfort zone in a fighting game is a good thing in my mind. Both games also look great remastered and can be set to widescreen, so that's a plus.

So yeah, at a $15 price point Marvel vs. Capcom Origins is a great addition to any fan's collection and a quirky title for those unfamiliar with the franchise to check out. Having played both games when they came out in the 90's I would say they stand up to the test of time as being fun fighters, but they are by no means in the same league as their modern counterparts in regards to balance and competitiveness.

Marvel vs. Capcom: Origins is available on XBLA and PSN. Go get it! 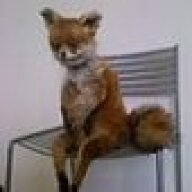 Can you use the power gem to turn Wolverine's bones into rubber? Or can you only use it to turn nova into "CUBES!"

Rufio said:
Can you use the power gem to turn Wolverine's bones into rubber? Or can you only use it to turn nova into "CUBES!"
Click to expand...

EDIT: Made the same error three times. No idea how I did that. Yes, I know what "pre-" implies DX

Brb while I go look for errors in your reviews!

Brb while I go look for errors in your reviews!