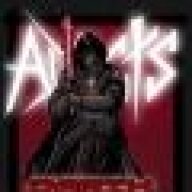 [HEADING=1]Mass Effect 3[/HEADING]​
As The Doctor once said, "Everything has its time," and as of 6 March 2012, one of the greatest video game trilogies comes to a close. In 2007, BioWare released a new intellectual property, which was planned as a sci-fi trilogy about a human commander leading a motley crew of aliens and other humans to save the galaxy. Mass Effect had its share of issues, but had fantastic worlds, narratives, side-quests, and characters. Two years later, Mass Effect 2 changed many mechanical pieces of the original and was universally lauded as one of the best games of 2010. With Mass Effect 3, Commander Shepard?s final mission to save Earth and the whole of existence from the Reapers comes to an awe-inspiring, tear-jerking finale.

The narrative of Mass Effect 3 continues from Mass Effect and Mass Effect 2. As the game begins, the first Reapers touchdown on Earth and Commander Shepard must escape. This acts as a well-done tutorial and an introduction to the main storyline. Shepard must recruit every living being to defeat the Reapers through major set piece missions and minor side-quests. Many of these side-quests reunite Shepard with his former compatriots and are genuinely entertaining. These side-quests often bring up events from Shepard?s past. The carryover process from game to game is most prevalent here and is used in very interesting ways. However, the game?s lack of information about quests in the journal makes remembering what the specific goals or contexts of smaller quests are and can be irritating. Overall, the side-quests are well-done, very entertaining, and worth branching from the main narrative to experience.

The main story deals with many major issues left unresolved from the previous iterations of Mass Effect and culminates in one of the most climactic missions I can recall. The main missions vary in region and size, but often put Shepard directly against the Reapers or Cerberus to retrieve resources and information to help defeat the Reaper invasion. Here, BioWare flexes its writing dominance in the RPG genre. Each mission is well written with an immense amount of dialogue and information to mine. In addition, many of the missions pull at the player?s emotions. On the crew deck of the Normandy, there is a wall of those who have died under Commander Shepard. Needless to say, the list is not done growing. In addition, there are many moments of humor throughout the game to balance the swings of sadness and the serious tone of the game. These diversions are much needed and keep the game leveled and in line with the rest of the series.

The main story is fantastic and highly affecting, but there is one mission I need to address specifically: the final mission. The mission takes over an hour, is massive in scale as it touches upon many of the missions from the game, and sends Shepard into what could be his final mission ever. Although I loved the final mission as a whole, the final ten minutes are mostly cut scenes and very few dialogue trees, which leave too many questions unanswered. It also ends in a very one or the other choice, which epitomizes the moral system in the game. However, the effects of Shepard?s final choice hold significance as it ends the trilogy in a grandiose and fantastic way, which leads to Shepard?s legend being firmly cemented around the universe.

While the story itself is incredibly important to this series, the characters are also major components. Through the expansive dialogue trees, many side-quests, and small moments on the Normandy and the Citadel, the characters are expanded further in Mass Effect 3. Only about six or seven characters return as playable squad mates, but almost every surviving major character has a mission or two where they rejoin Shepard. The level of depth many of these characters have is amazing and save BioWare?s other games, is unmatched in the industry today. Several characters had exceptional arcs in this game, including Tali, Miranda, Thane, Garrus, Anderson, the Illusive Man, EDI, and Legion. While these were the top tier stories, the other characters also had interesting, if too short, experiences in the main story.

The mechanics have not changed too much from the previous iterations; there is a lot of shooting and biotics used to kill the things aiming to kill Shepard. However, the upgrade system has been overhauled along with the gun selection process. The upgrade system reverts to a Mass Effect 2 style of gaining points when leveling up and allotting them to skills. In Mass Effect 3 however, the skills split into two paths, which the player can choose to upgrade each power as they see fit. This slight deepening of the upgrade mechanic is simple, but enjoyable as each level adds a decision beyond what skill to upgrade. The gun selection process also received a basic upgrade. Now, whenever Shepard and his party begin a mission, they can choose what gun they want to use, what mods to add, and how many guns to carry. The more guns Shepard carries, the slower powers recharge, basically creating the ability to use any gun at the cost of biotics; soldier versus vanguard from the original game. These upgrades are small, but help deepen the basic experience in a pleasant way.

There are also several new enemy types, which are Reaper specific and incredibly difficult to deal with. Two I would especially like to mention are the Banshee and the Reaper laser. During some missions, Shepard will fight biotic enabled Banshee who can one slash kill Shepard. While they can be injured during biotic jumps, they are difficult enemies. The Reaper laser on the other hand is always deadly and has no apparent weakness. In Mass Effect 3, there are times Shepard must avoid a Reaper?s laser, which can destroy entire ships in one blast. These instances are limited, but very intense and difficult. These two new enemies bring up a specific point: the difficultly curve in Mass Effect 3 is higher than the last two games. Shepard starts on level 30 if brought from Mass Effect 2 and the enemies are challenging from the beginning. However, the difficulty is never rage inducing, but a welcome challenge in a previously easy game until cranked up to insanity difficulty.

The final major addition to Mass Effect 3 is the multiplayer. In previous Mass Effect games, there was only single player, which was perfectly fine in the context of the game, but with a war coming, more people are needed to win. The multiplayer is four-player co-op where the players fight waves of enemies. While it is not the most deep multiplayer experience, it is very entertaining and adrenaline inducing when you are the last person alive fighting a Banshee and several other enemies to stave off losing the map. The other bonus to leveling up in multiplayer: it helps the war effort in the campaign by helping with war readiness of the areas of the galaxy. While you do not need to play any multiplayer to max out military power, it means more time must be invested in the solo campaign. While multiplayer is not an add-on that was necessarily needed, it was handled well and is worth playing at least a few times.

With all of these additions and changes to the game, there were some drawbacks that were missed. Several times the audio of people talking would cut out or was not properly synched with the mouths. In addition, there were a lot more cut scenes in this game and far less action moments where pulling the left or right trigger made Shepard act virtuous or rebellious. Finally, the graphics at times looked dated, but at major set piece moments, the game looked fantastic so it was a hit or miss issue. Other than those few minor issues, the game was very well polished.

The greatest compliment I can give any form of media, which I invest hours into is that I want more and that I cared about each death, victory, and failure in a character?s story. This is prevalent in things like The Walking Dead, Red Dead Redemption, and the Mass Effect series. The first game drew me in, the second game raised the bar of what made an RPG fantastic, and the third game took an hour or two to get warmed up, but from that point there were tears, smiles, and gasps of breaths as the best trilogy of this generation came to an end. Mass Effect 3 was worth the wait and lives up to its predecessor?s demand of quality; it is time to finish this adventure with Shepard, do not let him and the universe down by missing his story.