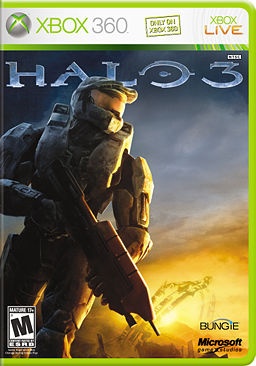 With its guns pointed at the beating the movie blockbusters, Microsoft charts out its financial expectations for the launch of its largest title.

With the future of the Xbox 360 largely hanging on the success of Halo 3, Microsoft has set its targets high for the release of one of the largest entertainment pieces of the year. After grossing $125 million with Halo 2, Halo 3 is hoping to earn $155 million on September 25, besting the Spider-man 3 movie's record-holding $151 million box office. Some insiders are even predicting that, with the immense pre-order numbers for the Collector's and Legendary Editions, the game could collect $170 million.

Microsoft Director of Creative Marketing Chris Di Cesare commented to Variety [http://www.variety.com/article/VR1117970111.html?categoryid=1009&cs=1], "We did $125 million last time. We're confident we can do better. ... I caution the comparison at times. I recognize it's not apples to apples. But it's big business any way you cut it."

To reach these numbers, Microsoft has started a series of advertising campaigns [http://www.escapistmagazine.com/news/view/75796] where each partnership is planning on spending $5 million on television promos to supplement the product promotions.

"People didn't understand the scale or size of what Halo was," Di Cesare added. "When we went to talk to promotional partners, you'd spend half the meeting talking about the videogame business. When we opened to $125 million, that really caught a lot of people's attention. It showed that videogames were no longer that thing that kids play in their basement."