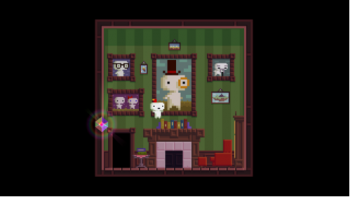 Last week we got the bad news [http://www.escapistmagazine.com/news/view/118052-Fez-Patch-Released-Might-Kill-Your-Save-Files]: the latest patch for Fez, the dimension-twisting Polytron platformer, corrupted save files. The news isn't getting much better as Microsoft has pulled the patch from Xbox LIVE, and now the developer has the job of working out what went wrong. "YAY GAME DEVELOPMENT!" reads the update on Polytron, as they admit it may take two months to solve the issue.

"We're floored that this wasn't found in testing," Polytron admitted, and said that there was no known workaround if deleting the system cache didn't work. "We're trying to find out what happened," today's message said, "and fix it as soon as possible. Like, in less than two months." Polytron promises to keep users updated.

That bug fix timetable may sound like a joke, but if they don't know what caused the problem then it may take at least that long to track it down and solve it. Two months may even prove to be unrealistic optimism. In the meantime new users can at least take comfort in the removal of the patch, which should avert problems for them. Anyone caught up in this issue who couldn't get their save files back by deleting the systems cache may find this less helpful. Time to kiss those saves goodbye, it seems, unless you're prepared to wait two months or so to play the game again.

I remember the trouble with Borderlands corrupt saves, that was damn annoying - there is nothing worse than having a game you really want to play, but not being able to play it...

Fez has been in development for donkeys years, but the QA testing department is probably non-existant, like maybe some key people testing the game, but nowhere near the depth that is required, there just isn't the manpower with indi teams to fully test things like this - they're more likely to concentrate on gameplay aspects when testing.

I'm suprised he didn't blame Japanese games for this.
Y