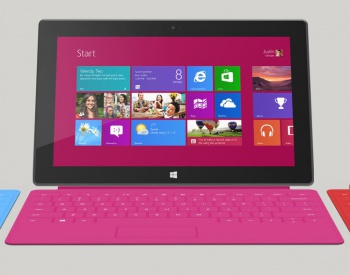 I'm not sure if Microsoft had rabid fans to the same extent that Apple does. Are there people who bombard Twitter with every new Microsoft product announcement or form lines around the block in the hopes of being the first to acquire a new Microsoft gizmo? Well, if there are, Friday, October 26, 2012 is going to be a pretty big day for them. In addition to the launch of Windows 8 and the Surface Tablet, Microsoft's SmartGlass app will launch for Windows phones and tablets and act as a handheld companion to Xbox 360 content. At launch, SmartGlass will support a number of games, sports, and entertainment apps, including a few heavy hitters like Dance Central 3 and ESPN.

While one of SmartGlass's most exciting features is its ability to interact with Xbox 360 games, its initial lineup will feature only a few. Dance Central 3, Forza Horizon, and Ascend: New Gods all make appearances, with Halo Waypoint, a hub for Microsoft's famed FPS series, acting as a bit of a placeholder until Halo 4 launches. Dance Central 3 players will be able to make playlists, change game modes, and set fitness goals without pausing the game, Forza fans can see a map of their surroundings, and those playing Ascend can expect dungeon maps and boss battle tips.

In addition to ESPN, NBA Game Time, and UFC, which will allow sports fans to see stats and other expanded information during games, a number of TV apps will be available. The soon-to-be-outdated Elections 2012 will be a SmartGlass day one app, as will HBO GO, MSN, NBC News, NOW TV, and TODAY (which broadcasts NBC's The Today Show).

A few other apps, such as Karaoke and Slacker Radio, will take advantage of SmartGlass technology right off the bat as well, with Netflix to follow soon afterwards. None of these features sounds like a compelling enough reason to run out and buy a Windows tablet or phone just for SmartGlass, but if you decide to camp out all night for a Surface anyway, it couldn't hurt to give it a shot. There's going to be at least one person camping out, isn't there?

So... they are using it in the same exact way that the WiiU is using its tabl*AHEM* controller.