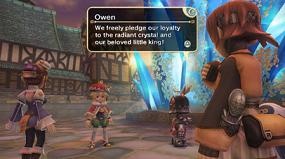 Microsoft's game development group general manager Chris Satchell says that, even if this is Nintendo's intention, it isn't achieving it.

"I've been a little confused by WiiWare... The more I look at it, the more I'm confused, because it sort of doesn't really look like something for independents," he remarked at the GameHorizon conference. "At best it's what we would call a registered developer programme."

He expounded on the concept of the WiiWare as a developer program rather than independent games house.

"It's really a way for you to get hold of dev kits and the normal development environment when you're not signed to a big publisher. Which is very different than what we're doing with XNA, which is you can just go and download the tools and we're going to give you a distribution [platform] and the community will manage it," said Satchell.

Satchell insists that at Microsoft, "We're going to completely enable you, versus 'well, if you kind of work with us we can possibly kind of, back door or grandfather you into some kind of developer programme which is a lot like our professional developer programme'."

One small studio, Xiotex, seems to agree with him. After being rejected by Nintendo, the developer ranted on its site [http://www.xiotexstudios.com/wiiware-is-a-lie/] against the WiiWare program:
[blockquote]
A couple of months ago I was invited to the WiiWare summit in London. It was a great event and as a small developer I was greatly inspired from the talk given by Takao Yamane who is head of Nintendo Europe. I can't give too many details because of NDA but the gist of the talk was how great WiiWare was and how it was great for the small developer and that we can make games that don't require big businesses and it was a fantastic opportunity. I fell for that and ironically some months before had put in a registration request form with Nintendo. Today I got the response:

We have completed our evaluation of your application and are unable to offer your company Authorized Developer status at the present time. In evaluating developers, Nintendo looks for relevant game development experience.

So, not as good an opportunity as Takao Yamane claimed then - good to know. Best bit is - when I made the application I was already working as a contractor on a Wii title and before that I had worked on GameCube titles - apparently that doesn't count as relevant experience. Perhaps they only want people who have never worked on Nintendo hardware.
[/blockquote]

well i can honestly say that the wii is now failing miserably. Nintendo brought us a shining new console packed with great potential, and we saw that and bought it. Afterward Nintendo laid back and relaxed in the riches of its success. Now they're just being lazy asses and not really doing anything for the gaming community. We have a shining console, but a limited selection of good games.

When I bought the wii i was looking for a new innovative way to play games (since i hate analog stick controls, so i stuck to PC gaming most of the time). Then the wii comes along and amazes me, and fora time it kept me having fun. But now, theres hardly any good games out for the wii. Wii games tend to exist for one genre, and thats the "kiddy" kind of genre or "just have fun" kind of genre. There's few good FPS games, and has there even been a decent modern or futuristic FPS game even released yet?

The problem is that nintendo is jsut not giving any support to game developers to utilize the wii's great potential. And as a result we get a very limited selection. Its like having a perfect barbecue grill but no food to BBG. Or having the best car, but very few roads to drive on.

Logan Frederick said:
"I've been a little confused by WiiWare... The more I look at it, the more I'm confused, because it sort of doesn't really look like something for independents," he remarked at the GameHorizon conference. "At best it's what we would call a registered developer programme."
Click to expand...

So... it sucks because I don't understand how it works?

Speaking as a blissfully ignorant consumer, I always thought WiiWare was just a vehicle for established developers to create cheaper, casual games. I never had the impression that I'd be seeing a lot of independent games as a result. Also, without the ability to at least play games off the 2GB memory card, it would be a major decision for most to even think about trying a title from an unproven developer.

But hey, if someone who works as a competitor to Nintendo says that WiiWare is a failure, then who am I to disagree? ;-) Seriously, if Nintendo wanted to promote independent studios, they'd make a new channel and devote it entirely to "the cause." I'd actually be up on that... if they'd make their damn games run off an external storage device.
C

Pebsy said:
well i can honestly say that the wii is now failing miserably.
Click to expand...

First in the world in sales is an odd definition of failing miserably I must say.

This sounds like it could be in a XNA pamphlet. I wouldn't put too much faith in what Microsoft or Sony is saying about the service. Heck, don't even trust Nintendo. It also seems that the blog guy at Xiotex Studios is toning down [http://www.xiotexstudios.com/out-of-control/] his original statements. Seems he's just an outspoken guy who loves to rant and didn't expect it to get this much attention.
G

I bought the Wii for 1 game only, Metroid Prime 3. Everything since then has been gravy(mario galaxy, smash bros brawl.) I do like the wii shop to buy old games, but I feel they are too slow to add new(read- old games) onto it. 2 or 3 games per week is not good enough. And where are all of the blockbusters from the Early 90's? Secret of Mana, Chrono Trigger, Mario RPG?
Show hidden low quality content
You must log in or register to reply here.
Share:
Facebook Twitter Reddit Pinterest Tumblr WhatsApp Email Link
Top Bottom