Minecraft Pocket Edition is getting several features from the PC version in its biggest update yet.

Minecraft is undoubtedly a smash hit on almost every single platform, although there is some debate <a href=http://www.escapistmagazine.com/news/view/135752-Minecraft-For-Consoles-Outsells-Minecraft-For-PC>about which version is the most successful. One version that doesn't always come up in the conversation is Minecraft Pocket Edition, not because it hasn't sold well (<a href=http://www.escapistmagazine.com/news/view/133626-Minecraft-Pocket-Edition-Sells-21-Million-Copies>it totally has) but because at launch it was light on features compared to PC and console counterparts. That being said, <a href=http://minecraft.gamepedia.com/Pocket_Edition>the handheld version has really been catching up lately, to the point that next week's massive update will add all kinds of features from the definitive PC edition. Oh, and that includes infinite worlds, ie, the ability to just keep walking in any direction without stopping.

On top of that, Minecraft Pocket Edition's update features new block types, mobs like the Endermen, and additional biomes from the PC version. Discoverable caves, abandoned mineshafts, and even villages are being added as well, making this game much closer to its PC counterpart than one might have imagined. Players can even finally get wolf companions, and will be provided several bug fixes and touchscreen UI changes. Which is important too, I guess.

Unfortunately, <a href=http://minecraftpocketedition.wikia.com/wiki/Infinite_Worlds>it looks like some older devices may not be able to host Minecraft's infinite worlds, although they can still connect to them via multiplayer. All told, this should be the biggest update in Minecraft Pocket Edition's history so far, and might even provide a distinct advantage over the booming console edition.

Source: Mojang, via <a href=http://www.pocketgamer.co.uk/r/Android/Minecraft+-+Pocket+Edition/news.asp?c=60420>PocketGamer

Wow, I was wondering why we hadn't had any new updates for a while, this is really cool. I hope you can extend existing worlds, I have a couple of worlds I've built a lot on that I would love to make bigger.

Why is it that the mobile version of Minecraft can handle infinite worlds but the console version (for both generations) cannot?

Pretty cool update though, I always heard that the mobile version was lacking a load of features, nice to see it get a lot of love. 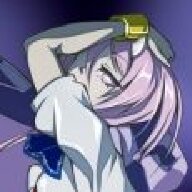 Hopefully this works for my phone...eh, screw it, i'm getting a new one in a week anyways.


JoJo said:
I hope you can extend existing worlds, I have a couple of worlds I've built a lot on that I would love to make bigger.
Click to expand...

Here's to hoping. Loveshire's been getting to crowded anyways...plus i would love to build my pirate ship in an actual ocean (need to extend it anyways.

If mobiles can do it, YOU CAN TO!

Why is it that phones have better AA than consoles? [http://i.imgur.com/hy9590G.jpg]

Most flagship phones now even have a higher resolution than consoles. 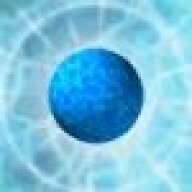 for the 360 and the PS3, it would probably be a RAM limit. 512 MB isn't all that much, considering it's almost impossible to find a android phone these days with less then 1 GB, with top end devices having 2 or 3.


(no excuses for the Xbone and PS4 though)

Call me when they let you choose a different control method than what they have now, it's the main thing keeping the pocket edition from being my go to time-waster.
S

because mobile phones have more resources (faster, more RAM, ect) than consoles? at least the last generation. Havent caught the new generation just yet, but at the rate mobiles are going unless they plan to release PS5 in 3 years.....
Show hidden low quality content
You must log in or register to reply here.
Share:
Facebook Twitter Reddit Pinterest Tumblr WhatsApp Email Link
Top Bottom