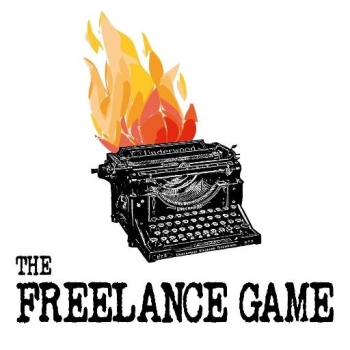 Career freelancers Nathan Meunier and Andrew Hayward co-host a new podcast about freelancing and journalism in the video game industry.

Freelance writing, and games journalism in particular, can be a daunting industry to enter. With over eighteen years of experience between them, professional freelancers Nathan Meunier and Andrew Hayward have launched website [http://freelancegamepodcast.com/] and through iTunes, Blackberry, and Stitcher Radio. The first three episodes discuss what the hosts enjoy about being freelancers, provide detailed tips for pitching article topics to editors, and present an interview with IGN editor Mitch Dyer. New episodes will be released every two weeks.

Meunier is an alumnus of The Escapist's news team, and his work has appeared in more than 40 publications, including Nintendo Power, PC Gamer, IGN, and GameSpot. Hayward has written for 50 publications, including Official Xbox Magazine, Edge, and Nintendo Power, and has edited coverage on games and apps for Mac|Life magazine since 2011. Both Meunier and Hayward have built freelance careers without ever working full-time for a gaming magazine or website, and while living far from the centers of the game industry - rural Vermont and Chicago, respectively. In some ways, the podcast serves as an audio companion to Meunier's Up Up Down Down Left Write [http://nathanmeunier.com/my-books/], a book of advice for aspiring video game journalists. In January 2014, he released the second book in the series, Interview Fu: The Game Journo Guide to Conducting Killer Interviews. Hayward worked as editor on both books, and is working with Meunier on upcoming writing projects.

Meunier spoke to The Escapist about his Game Journo Guides series and the latest installment, Interview Fu. "If you're a writer of any sort, being able to conduct good interviews to gather information is extremely useful," says Meunier. "Regardless of what kind of content you write, if you're a freelancer, newsie, journalist, or someone who wants to get into this industry, Interview Fu drops a ton of crucial knowledge to help you hone a very important craft. More importantly, it's about building confidence in yourself and in your abilities." Interview Fu includes interviews with four editors and four indie developers, including Dan Amrich (Former OXM, GamePro, WoW Magazine editor and author of Critical Path: How to Review Videogames for a Living [http://www.escapistmagazine.com/news/view/115935-Industry-Vet-Reveals-How-to-Become-a-Game-Reviewer]), Phil Tibitoski (Co-founder of Young Horse, the studio behind Octodad: Dadliest Catch), and Greg Kasavin (Former GameSpot Editor-in-Chief and current creative director for Supergiant Games).

As for upcoming books in the series, Meunier says, "Right now I'm working on about a half-dozen different books in the series, though I have others planned beyond that as well. The third book, Freelance Writing Hacks: 55 Tips For Word Mercenary Success, is already finished and being edited as we speak." The Games Journo Guide series will explore and expand on topics introduced in Up Up Down Down Left Write. "One of the next bigger books I'm working on, though it's not likely to come out for a while, is a deep dive into the world of editors," says Meunier. "I'm working on interviewing a wide variety of awesome editors to get insights and perspective from them on a wide range of subjects that'll ultimately help writers do better work and improve their chances of getting gigs." If you have ever considered seriously pursuing a career in freelance journalism, Meunier's series is an indispensable resource.

Sounds interesting. Added the SSL and downloaded the episodes to listen to them later
I can always use more podcasts to listen to. Anyone feel free to recommend more!
N

MarlaDesat said:
Freelance writing, and games journalism in particular, can be a daunting industry to enter.
Click to expand...

Actually, together with sports and some other forms of popular entertainment, games journalism is usually considered the easiest field of freelance reporting to establish a career within. This is both thanks to the popularity of the topic, the lower requirements on professional method (and occasionally academic qualifications and knowledge), the vast number of outlets that can help an aspiring freelancer to gain a foothold in the blogosphere (something that is often done through unpaid work, as per the often lateral and nontraditional career advancement principle described so well in https://medium.com/bigger-or-better/6b2aea8d1969), and, perhaps most importantly, the extreme ease of access to cases about which to write.

(Where a freelancing investigative corporate reporter has to spend months to uncover enough material for a single article, a freelancer within economy news has to be on the lookout for days, if not sometimes weeks, for an uncovered niche or fresh angle, and the Arts Technica tech blogger often at least has to have a academic background in the scientific field to handle many relevant topics, the game blogger has a constant stream of new releases to review, events and conferences to attend, comparably very low entry requirements on background knowledge and technical insight, and a horde of comparably easily accessible subjects to interview. This does not mean the conceptual work, coming up with ideas for viable and sell-able articles, is any easier, but in all honesty, it almost always is.)
Show hidden low quality content
You must log in or register to reply here.
Share:
Facebook Twitter Reddit Pinterest Tumblr WhatsApp Email Link
Top Bottom