Thanks in part to the overwhelming success of its Watch Instantly service, the movie rental company plans to offer subscriptions sans mail.

Chances are good that if you're an Xbox 360 user, you or at very least someone you know has become a the films of your people [http://netflix.com] with friends, streaming media has become a huge hit for the movie rental company.

Unfortunately for those looking to invest in a Netflix subscription with only streaming movies in mind, the cheapest offering is a basic one-at-a-time plan for $8.99 a month. Compelled by stronger-than-expected quarterly results fueled by its streaming component, Netflix will soon be offering [http://www.reuters.com/article/technologyNews/idUSTRE51O64B20090225?feedType=RSS&feedName=technologyNews] the service on a stand-alone basis.

"We're likely to do that in the foreseeable future," said Netflix CFO Barry McCarthy at the Jefferies 5th annual Internet and Media conference in New York. The service, which offers more than 12,000 titles, ranges from recent hits (No Country for Old Men, Superbad), certified classics (West Side Story, A Clockwork Orange) and even cult favorites (Sliders, Xena: Warrior Princess). Now, one can only hope that the streaming-only service is at least a bit cheaper than its most basic of plans, because at that point, you can't get any more basic than digital-only.

I wonder if Sony is going to cut a deal with hulu to beat them at their own game. I've pretty much stopped watching cable and just flip on my laptop for TV now. 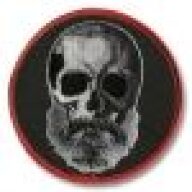 I wonder will Netflix extend their streaming library after this service begins?