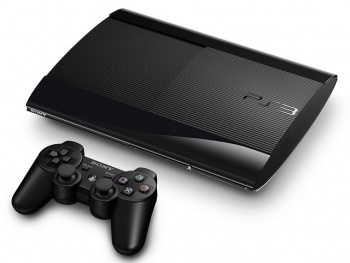 After an initial release that broke a number of PlayStation 3 consoles, Sony has assured fans that a new version of the console's 4.45 firmware update will arrive next week.

If you fired up your PlayStation 3 on Wednesday, you may have noticed that Sony had released a new update for the system. It included the standard list of fixes and minor functionality changes, but most notably the update also had a tendency to cause major issues on any PlayStation 3 equipped with a non-native hard drive. Many who had taken steps to replace their PlayStation 3 drives with larger storage devices found that their XMB icons had vanished, while others found that the update caused their system to stop functioning almost entirely.

Obviously this was a pretty big egg on Sony's face, given that the company has long approved of people upgrading their consoles in this way, and as such the gaming giant scrambled to cobble together a fix tout de suite. That solution now exists, and should be released to players on Thursday, June 27. This is said to be a gradual roll out, so if you don't find the patch immediately on the morning of the 27th, wait a bit and it should appear.

And all of those issues caused by the initial release of the 4.45 update? Supposedly this new patch will fix all such problems, but we remain pessimistic until the new patch has arrived and its been proven that the thing doesn't cause any more headaches than it already has. C'mon Sony, you had such a great E3. Don't blow all of that good will on faulty patches.

Stuff like this happens. Every now and then a patch has seemingly cause some issues. This is just the most obvious one that affected more than the norm of users. Glad I didn't get into the Last of Us craze and I wasn't logged in or use the Automatic update feature of PS Plus. Though I have never upgraded my HDD so it probably wouldn't have affected me.

Anyways, glad that they fixed it and are rolling out the solution. It would have been nice to have it sooner than next thursday but I suspect they are still running some tests.

Firmware is always a hit and miss thing, at work we stay a few firmware behind the latest one to give it a chance to be tested by others. It's just one of those things you can't do much about as you won't know until it's out in the wild.

So how do bricked PS3s patch up? Sending the system in?
A

Glaice said:
So how do bricked PS3s patch up? Sending the system in?
Click to expand...

That is a very good question. I was worried my system was bricked when I turned it on the following day. Seems I didn't have any problems. From what I hear it's those with 500GB or greater HD or at least something like that. Irony is I was going to upgrade my HD on PS3. Now I'm thinking otherwise. Not only because of the strange problem, but with the PS4 coming out soon. Not sure if I'll be making that leap instead of a $100 HD.
Show hidden low quality content
You must log in or register to reply here.
Share:
Facebook Twitter Reddit Pinterest Tumblr WhatsApp Email Link
Top Bottom