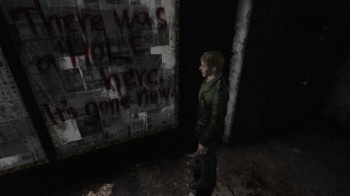 Besides his roles in Catherine, Final Fantasy XIII, and BioShock Infinite, it emerged a few recently that voice actor Troy Baker would be providing the voice of James Sunderland in the HD remake of Silent Hill 2. Fans reacted badly to the news, but Baker says that Konami had to change voice actors, because the original performer wouldn't come back.

Baker said that Guy Cihi, who provided the voice and motion capture for James in the original version of the game, wanted Konami to pay him residuals for his performance, or he wouldn't reprise his role for the remake. Baker said that while residuals were common in other entertainment industries, they simply didn't exist for videogames. "He wanted non-existent money that he felt that he was owed," he explained. "And [Konami] wanted to use him again. Guy was the one who was outspoken about it and said that unless this happens he wouldn't do it, so he forced Konami's hands."

"So if anybody wants to blame anybody for why they chose new voices, they can go back to the original James and he's the one to blame," he added.

Baker said that the process of recording the lines was closer to his experience working on anime, than other videogame projects, because Konami had not redone the lip animation for the dialogue, which meant that the new cast had to follow the existing performance rather closely. He said that they had strived to stay true to the spirit of Silent Hill, even if they had occasionally strayed from how a line was originally delivered.

However, he was well aware that no matter how good his performance was, some people weren't going to like it. He said that no one had forced him to take the role, and he understood people's reaction to people making changes to treasured classics, whatever the medium. He even said that he actually liked seeing some of the more kneejerk reactions, where people called him a bad actor without knowing who he was, and probably having enjoyed his performances in the past. "It's cool to see how people respond like that," he said. "It's kind of like a blind taste test."

The Silent Hill HD Collection is scheduled for release on PS3 - and maybe Xbox 360 - in the fall.

Well, without looking at the amounts of money involved and other issues it's hard to really take a side here. The new voice actor is of course going to defend his employer.

Actors and such tend to have egos, and they need to be stroked if you want to really keep and cultivate talent. That's not always a good thing, but it does hurt products when it's not done. Personally, unless the guy was demanding so much money that the project would have become totally unprofitable Konami probably should have given Guy what he wanted.

In the end we'll see what happens, trying to put money away for this, Downpour, and Dead Island (which will be out soon) while having enough for The Old Republic when it launches. This has been one of the most expensive years for games for me ever.

Logan Westbrook said:
The Silent Hill HD Collection is scheduled for release on PS3 - and maybe Xbox 360 - in the fall.
Click to expand...

They've already announced that it'll be released for the 360.


This video was only uploaded today, but there was an original video up several days ago which seems to have disappeared.

To the people making a deal out of this - Who cares? Seriously?

Its a re-release. Its something companies do as a blatant cashgrab because they know fans of hte original will purchase it. And they know that word of mouth, espeically in the digital/social networking age, will help expand sales further. Espically games that were sold before the popularity of the internet flourished.


I fail too see why people make a deal about this. The voice actor changed. How does this degrade the game in any bit? SH2 was a survival horror. And while the voice acting was nice in the original (I guess?), it really didn't add anything to the game play experience. Any random smuck would have done. Its pretty much a copy-pasted version of the game, with shinier everything.

AND, if you think the voice acting change is such a big issue, use your rights as a consumer and don't purchase the game.

OR, better yet, purchase the original copy of the game off of GameStop or another used distributor.

OR, even better yet, dust off your original copy and play that instead.

If your going to do a re-release, sounds are usually something you want to tweak. Its not easy to get the exact same cast and crew together, for any of their parts. I see gamers ***** about way too much unwarranted stuff way too often. Just calm down. If you don't like it, don't buy it. I'm willing to bet everyone that has complained has a copy of the game. 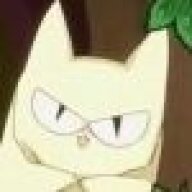 Wow! I didn't even know this was going on. After sifting through a few vids, I'm not really impressed with the new VOs, personally. Baker's performance seems a little strained from what I can tell and they seem to have removed certain ambient and conditional sounds. It's probably just that the game is still a work in progress - which it no doubt is - but I'm falling into the cash-in camp.

Uber Waddles said:
To the people making a deal out of this - Who cares? Seriously?
Click to expand...

If you don't get things, why don't you silently go hunt info before spewing diktats?

I'm not being funny but even if the old James didnt want to come back it doesn't excuse the new voice acting from being so horrible.

They could have gotten new voice actors that were actually good and didn't sound like they wanted a Jill sandwich or that they were supposed to be the ones to fill your dark soul with LIIIIGHT.

Uber Waddles said:
To the people making a deal out of this - Who cares? Seriously?
Click to expand...

If you don't get things, why don't you silently go hunt info before spewing diktats?
Click to expand...

Rhetorical question was rhetorial. There is nothing to research. Its just people complaining for the sake of complaining. People being loud because they dared to change one part of a remake that most of them are going to buy anyways.

This happens all the time in the gaming world. One of my favorite examples is the people who "boycotted" Modern Warfare 2 because it didn't have server support for the PC. If you'd direct your attention to any of the formal boycott groups, you can see most of them did buy and have played copious ammounts of that game, despite the "uproar" they caused.

And Im calling this situation out for the exact same thing. Its such a miniscule thing they're QQing about. And there only doing it because its a change - nothing else. After so many outrages, it just gets annoying.

I can understand that they are working under different circumstances, but c'mon guys. Quality is needed for a HD remake...
A

It's Troy F***ING Baker people! He's awesome! I enjoy continuity as much as the next guy, but appreciate what you have!

j-e-f-f-e-r-s said:
Maybe I'm just being a bit thick, but why do they need to re-record the dialogue at all? Sure, the graphics are getting a make-over, but I'd have thought the sound quality of the original voice-overs would have been good enough to leave as is. After all, even when Lucas was dicking about with his Special Edition Star Wars movies, he didn't get the original actors to come in and re-record their dialogue.

Having watched some comparisons between the HD remake and the original... actually, some of that original voicework is pretty damn iffy. Maybe Konami has the right idea after all?

And I'm pretty damn sure Maria has the same voice as Mona Sax. If so, I'm certainly not going to say no to more of that sweet, husky ear honey. Mmm...
Click to expand...

I'm wondering that as well, why did they feel the need to re-record the voices? I don't get it, but this is Konami, and they have a strange way of doing things.

xXxJessicaxXx said:
I'm not being funny but even if the old James didnt want to come back it doesn't excuse the new voice acting from being so horrible.

They could have gotten new voice actors that were actually good and didn't sound like they wanted a Jill sandwich or that they were supposed to be the ones to fill your dark soul with LIIIIGHT.
Click to expand...

Agreed. It's fine if they re-record the voices but that doesn't mean it has to sound like shit. I like Troy Baker and Mary Elizabeth McGlynn, they are excellent voice actors, but they sounded terrible, and I'm hoping that they haven't finalized mixing yet.

Why do they need to rerecord the voices at all? Can't they just use the old ones?

Fiz_The_Toaster said:
Having watched some comparisons between the HD remake and the original... actually, some of that original voicework is pretty damn iffy. Maybe Konami has the right idea after all?
Click to expand...

Probably for copyright reasons. They may need his permission to use the recordings. Not too much of a stretch of the imagination. I know it happens quite a bit in movie sequels when the original actor won't give permission.

Could be a compatibility issue too... Who knows. 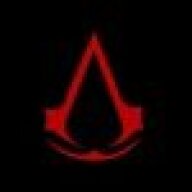 and a comparison of the voices: http://youtu.be/7GKtsHcJOMI


Personally, I think the new voice acting is bad, and doesn't fit the characters. I'm going to stick with the original games. 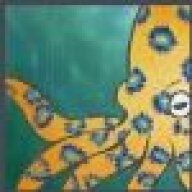 Uber Waddles said:
And Im calling this situation out for the exact same thing. Its such a miniscule thing they're QQing about. And there only doing it because its a change - nothing else. After so many outrages, it just gets annoying.
Click to expand...

Dude, we aren't complaining for the sake of it, we're complaining because the old voice was just fine, and the new one kinda blows. Not to mention Baker's a dick about it.

It's not a miniscule thing at all, either. The way a voice sounds can change the character completely. He sounds less confused and awkward about things, very much unlike how everybody knows James already. It's a re-release, not a re-imagining.
P

I've been getting more and more incredulous about this as it's unfolded.

Why are people so attached to the old voice actors? They suck*. No really, they do. Guy Cihi did his best but he was an amateur and it showed. The dude over-acted pretty ever line and made James sound cartoonishly bewildered in nearly every scene, regardless of what emotion he should have been expressing.

Let me ask you guys this- go back and watch that comparison video again, but this time try to imagine you're hearing it for the first time with no pre-conceptions of what these characters sound sound like. In that situation, would you honestly, seriously say Guy Cihi gave a better performance than Troy Baker?

In my opinion, the Silent Hill 2 voice acting is nearly down there with the first Resident Evil.