Originally released in 2004, Nexus: The Jupiter Incident drops players into the commander's chair and tasks them with guiding their fleets to victory in an interstellar conflict involving alien races, sentient machines and, of course, big, flashy explosions.

I love this game unconditionally... and I concede to every point of yours about its rigidity. It really got frustrating at one point with all the trial and error you had to go through to finish some missions - and the missions were long.

But, at the same time... watching your crude, utilitarian ship Stiletto (with its revolving living quarters to simulate gravity through centripetal force) firing it's fore-thrusters to decelerate as you frantically tried to change its course... there was just something about this game. It still looks beautiful.

One of the most underrated games of all times. As in, it was pretty damn brilliant and nobody played it. It's the Sci-Fi Psychonauts in that regard. It's an awesome game in many regards and well worth a playthrough, as long as you can handle the difficulty. It's a game from an age when you were SUPPOSED to figure shit out on your own, and it shows. Though, that can be part of the charm...
T

I am amazed there is a game with spaceships and pew, pew that I never heard of before.

Definitely a diamond in the rough if I do say so. It had some issues and could have used some more polish in places but it looks amazing and the level of detail you have over each part of your ships made me feel like a real captain, rerouting power from one system to another on the fly to get that extra boost as the situation required. More than worthy of a play along with the classics.

I love this game to bits. It's hard as hell, yeah, but it's the best space based RTT out there. The attention to detail is phenomenal, and it still looks gorgeous. Shame the kick starter for the sequel failed.

RA92 said:
I love this game unconditionally... and I concede to every point of yours about its rigidity. It really got frustrating at one point with all the trial and error you had to go through to finish some missions - and the missions were long.

But, at the same time... watching your crude, utilitarian ship Stiletto (with its revolving living quarters to simulate gravity through centripetal force) firing it's fore-thrusters to decelerate as you frantically tried to change its course... there was just something about this game. It still looks beautiful.

Absolutely. In fact, the biggest part of my disappointment with this game came from just how freaking cool a lot of it is. These great moments would break through the game's grind every now and then and really just leave wishing I was enjoying it more.

I love this game to so much but I have to say I love the Battlestar Galactica mod more. It is so much fun watching a 4v4 deathmatch between some Battlestars and Basestars.
E

Completely agree with this article, love the game to death, especially when a big fight breaks out and you can enjoy the scenery...right before half of your fleet abandon their ships because you let the enemy fire their big-ultra-super-mega-laser o' death. In the campaign, I pretty much bashed my head against the Gorg Battlestation mission for weeks before I just gave up and watched a let's play to enjoy the rest of the game. With the added bonus of just being able to watch the pretty visuals.

On another note, was anyone else aware the makers of this put up a sequel to be funded on Kickstarter? Didn't come close to the goal, and frankly, I think it was because they barely advertised it. I didn't even know it existed until just before the funding window closed.

Ahh yes, former Imperium Galactica 3. Great game. The graphics were absolutely astonishing when it first came out (think of it like the Crysis of it's time if you will).

Always made me soil my shreddies whenever I would hear "Warning! shields down!".

Loved the Stiletto, as well as my beloved Noah colony destroyers
B

Oh god, this game. I so desperately want to like it. I love the space tactics feel. I've started playing it a bunch of times, and it always starts out fun. Until you leave the solar system and run into ships with shields. Then combat becomes such a slog. IIRC, I did bring the anti-shield weapons, and I still was forced to slog at the enemy shields for minutes just to get a 10 second window during which I could attack the ship itself.

I dunno, maybe I was still getting the wrong loadout of weapons. But as the article says, it would've been a lot more fun if more than one loadout worked. 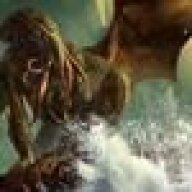 This is definitely one of my all-time favorites. Initially I was taken aback when I heard that they "dumbed down" Imperium Galactica 3 (a series of 4X games) to the combat alone but in this case they nailed it.
It forces you to think more strategically and first and foremost: how you can use the vastness of space and the freedom to maneuver to your advantage. It's a bit like reading the great "Honor Harrington" books by David Weber.

I didn't have any issues with loadouts and only had to repeat 'Sneaking' and 'Alpha Gate' on my first run through the game. I can see how it'd become a slog for someone whose spending choices right after Sol were poor, so I can't say the criticism is invalid. Nevertheless, "grind just rarely breaking through the general greatness" is how I'd have described Nexus in the reviewers' shoes.
G

Christ alive, I still have this on disk somewhere.

Wow.....I haven't thought of this game in ages. I agree with this review 100%. I never did finish this thing. I got to either the last or next to last mission and just couldn't beat it. I think I spent a few weeks trying to get past it and eventually gave up and haven't touched it since. Such a shame as I really did enjoy it in spite of the frustration levels. I'm now very torn. 1/2 of me remembers the fun and wants to fire it up again while the other 1/2 remembers yelling at my computer monitor and wanting to throw my keyboard through the window. Perhaps it's best to leave this one alone for a while.
Show hidden low quality content
You must log in or register to reply here.
Share:
Facebook Twitter Reddit Pinterest Tumblr WhatsApp Email Link
Top Bottom