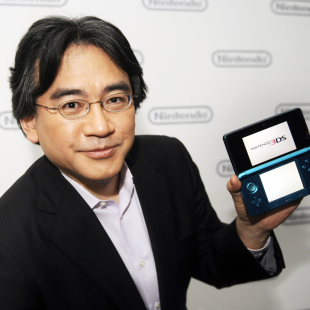 Nintendo's fortunes haven't <a href=http://www.escapistmagazine.com/news/view/131774-Nintendo-CEO-Taking-Huge-Pay-Reduction-Due-to-the-Wii-U>been the best lately, something that it's understandably intent on changing. That being the case, president Satoru Iwata has revealed in a recent policy briefing that it intends to experiment with a number of initiatives, one of which will be better pricing for gamers who buy more Nintendo software.

According to Iwata, Nintendo may consider "[offering] flexible price points to consumers who meet certain conditions" with the hope of creating "a situation where these consumers can enjoy our software at cheaper price points when they purchase more." In addition to increasing "the number of players per title" the company believes fan friendly pricing could also help foster an environment where "players will play our games with more friends," something that would "help maintain the high usage ratio of a platform."

In addition to buying games, Iwata also stated that "inviting friends to start playing a particular software title" could also be a discount earning condition. The proposed program would apparently utilize <a href=http://www.escapistmagazine.com/news/view/131812-Nintendo-Will-Separate-Nintendo-Network-IDs-From-Hardware>newly announced Nintendo Network ID's, which it's working to implement across the Wii U and 3DS. According to Iwata, the company hopes to launch this new program "in the medium term" but wants "to start experimenting with Wii U at an early stage." Iwata offered no details as to how deeply Nintendo would consider discounting its products.

Awesome. Exactly the kind of thing I want to see from them. And for frak's sake, get that cross-system NNID setup! Let me download my games on all the 3DSes I own, just like I do on my android devices.

They should make a Nintendo MOBA.

Don't they already have a reward/loyalty system for people who register games? Just googled it and they do (Club Nintendo), but this sounds better than getting random Ninty tat for your loyalty.

CriticalMiss said:
Don't they already have a reward/loyalty system for people who register games? Just googled it and they do (Club Nintendo), but this sounds better than getting random Ninty tat for your loyalty.
Click to expand...

The stuff has to be brand new and you have to have a certain amount of coins in order to buy the stuff. The prizes are random and the really good stuff costs from 500 coins and up. For reference, you get 160 coins when you register a brand new Wii U, and the most for a game I've seen is 70 coins when it's new. 3DS games tend to shift between 40 and 60 coins.

This discount sounds a bit better because the Club Nintendo stuff is optional.