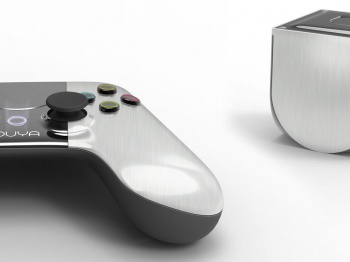 Ouya co-founder Muffi Ghadiali has announced that he is leaving the company he helped form.

Muffi Ghandiali, the man whom along with CEO Julie Uhrman founded the Ouya corporation, has announced he is leaving the company. Ghandiali was instrumental to many aspects surrounding the development of the Ouya Console, which was released to the public in June, 2013. He did not offer any official statement on his departure, but Ouya had this to say:

"OUYA is focusing more on the next phase of the business and product development. We've made some recent changes including the departure of Muffi Ghadiali who was invaluable during the launch of OUYA. As is to be expected, OUYA is an ever-changing business, and as we continue to grow our needs shift accordingly."

According to the Tech Crunch source [http://techcrunch.com/2014/01/15/ouya-founding-team-member-and-vp-of-product-development-departs/], the decision to leave was Ghadiali's alone. Ghadiali's previous employment featured stints at Lab126 (the Amazons projects division which birthed the Kindle), HP and Synaptics.

The Ouya, which had tremendous Kickstarter support (lackluster reviews [http://www.escapistmagazine.com/news/view/118982-Ouya-Kickstarter-Ends-with-900-of-Goal-Raised] and lukewarm public reception, the company announced it was already planning a follow-up to the console, intended to address its concerns.

Even a recent drastic price reduction [http://www.escapistmagazine.com/news/view/130719-Ouya-Promo-Drops-Console-Price-to-60] has not been enough to help boost support for the console, which is having a hard time coaxing game developers.

As for Ghadiali, you know what they say: when the ship is sinking, join the rats. But who knows? Maybe the Ouya 2.0 will turn things around for the company? I certainly won't be holding my breath, though.

It was the Little Engine That Could, wasn't it? Everyone wanted to get behind such an idea. Android-based console! Every game has a demo mode! Only $100!

On one hand you could fall back on the defense of "well of course it had problems, it's not like it has Sony/Microsoft/Nintendo/Apple money behind it, what would you expect".

But on the other hand, expecting a console that actually works is asking for too much apparently. The Ouya is this console generation's crowning moment of schadenfreude. Every time I learn something new about it, the more I can't help but laugh. 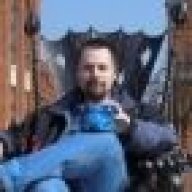 Let's hope this goes away as quickly as possible. This console was a step back and should never have been made. With the computing power below that of an average modern smartphone, this thing simply has no target audience - apart from some dedicated fans etc. 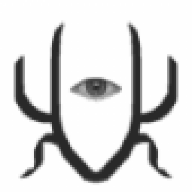 Yet it has enough juice to run every retro game ever.
If you can figure out how to get the emulators running, you'll have a pretty good console.

Also, I personally think the OUYA controller is bloody awesome, often finding myself wanting to pick it up and just hold it.

I think it's a mistake to call the second console "ouya 2.0". They should go all out with yearly releases and call it "ouya 2014" (assuming it's coming out this year, of course =) 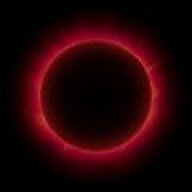 Asger Horn Brorholt said:
Also, I personally think the OUYA controller is bloody awesome, often finding myself wanting to pick it up and just hold it.
Click to expand...

Really? I assume you mean 'awesome' strictly in the ergonomic sense, because I've heard from a lot of people that the controller is an absolute mess. Stuff like the buttons not working properly, and the presence of intermittent lag in-game.

Seriously. Lag between a console and the controller. How on Earth did they manage that?

Asger Horn Brorholt said:
Also, I personally think the OUYA controller is bloody awesome, often finding myself wanting to pick it up and just hold it.
Click to expand...

Really? I assume you mean 'awesome' strictly in the ergonomic sense, because I've heard from a lot of people that the controller is an absolute mess. Stuff like the buttons not working properly, and the presence of intermittent lag in-game.

Seriously. Lag between a console and the controller. How on Earth did they manage that?
Click to expand...

I have no lag whatsoever and i have one of the original backer units, this was fixed through am update, the O U Y and A buttons can stick on early units due to a design flaw in the face plate , this has been addressed by ouay and they will send you replacement face plates later units dont have this problem.

I will admit that the wifi can be a bit flaky at times but i don't use the wifi.

I don't understand all the hostility towards the console if you don't like it or its not for you then don't buy it. For me i get a few interesting games a few existing android games i can play on the tv with a very very nice controller and an emulation box in a small cheap and sleek package. I think people where expecting a next gen or even previous (360 PS3) level of support form devs and high fidelity graphics and this confuses me greatly as its not even aimed at the same maket. Lots of the games ( may even be all of them) run in 1080p at 60fps something the 360 and ps3 can almost never do.
W

I don't think "if you don't like it, don't buy it" applies to a product that you can't even try before buying it, so once again the blame falls on the ridiculous advertising they were putting on a small time project.

I am still not sure who this was marketed to.

I game on most platforms, though more heavily on the PC than anything else. I took one look at the Ouya and immediately forgot about it until after it was released.