PAX East 2010: This Is Your Dungeons & Dragons Online on Airships

PAX East 2010: This Is Your Dungeons & Dragons Online on Airships 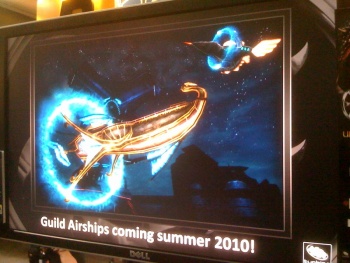 As someone who frequently writes about MMOGs, the evolution of Dungeons & Dragons Online is very interesting - originally a "traditional" subscription-based game, it suddenly went free-to-play last year and has become more successful because of it (though the million-dollar question is: Does more successful mean more profitable). I stopped by the Turbine booth at PAX East to say "hi" to the fine folks behind the game and to check up on what was coming down the pipes.

Update 4, slated to hit later this year, will add a new quest module to the game involving the dastardly Bloodtide pirates and their conflict with the mostly-noble House Deneith. Like the other DDO:U modules thus far, the dungeons will have five difficulty levels all the way from the soloable, easy-mode Casual to the hardcore Epic.

As the Turbine rep walked us through the battles against the Bloodtide, he poised the question: What's the one thing worse than zombies, or pirates? Zombie pirates, of course - you see, the captain of the Bloodtide realized that losing his men to war was kind of problematic, so he hired a necromancer to fix that problem. Nor are the undead pirates you'll face your typical shambling, mindless zombies - they're fast and still mostly-intelligent despite their rotting brains, and will use magic and abilities against you.

Naturally, the only things worse than zombie pirates are zombie pirates with airships, and we got to see the final dungeon of the Update 4 module, where the Bloodtide assault the House Deneith citadel itself from their airship flagship, the Crimson Moon. We didn't get to see the grand finale - Turbine is keeping it under wraps - but we did get to see the part where their nefarious Captain Tew calls you a coward before running away to prepare to jump you with his friends. Go figure.

As someone who doesn't play DDO:U, the quest module is looking very cool, and of particular note is the assault on the Bloodtide fortress. You're given a choice between three options: Frontal assault, secret passageway, or enter via teleportation. Unfortunately, the teleportation has the power to go horribly wrong and either dump you right beside the Bloodtide first mate and his lackeys (run away!) or high in the air above the fortress itself. I'm just saying, you might want to bring an item that can cast Slow Fall, just in case.

Beyond the Quest Module, though, Update 4 is introducing some cool new stuff for the game as a whole, including the Half-Orc race (Turbine predicts we will see very many fighters and barbarians in the time following its release) and the introduction of Guild Airships. Guild Airships are DDO's equivalent of guild housing in other games - you can upgrade them with storage, auction, vendors and all of that nifty stuff. But, since they're airships, they also function as transportation as well once the guild hires a Navigator.

Movable guild housing is a pretty cool idea. But unfortunately, according to Turbine, players will never get an airship that looks as cool as the Bloodtides' Crimson Moon. Ah well, them's the breaks.

Ehh, I've never cared for DDO..
But it is free.. And this new update does sound interesting..
I mean.. Zombies and pirates? What's not to like?

You may have encouraged me to give it a try.. 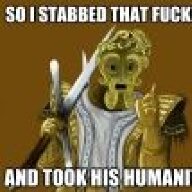 Yay, they've been advertising zombie pirates for about 2 weeks now, this is the first I've heard about what theyy're doing with the update. 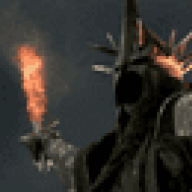 I am not a fan of the game, but this is pretty awesome sounding. I may check it out time permitting.

Hammer_Wizard said:
I am not a fan of the game, but this is pretty awesome sounding. I may check it out time permitting.
Click to expand...

Hehe, Its nice to know they can have some fun with there own game =D

Wow, i play the game a lot and i don't actually care about the zombie pirates, tough the quest-line itself sounds interesting and cool, but what intrigues me the most is the new race: half-orc. I've been wondering if they would be making a new race, and looks like some of the rumors were true. Now all they need are half-elves and gnomes! And also, the druid class would be awesome. I was actually hoping for it , but I'm happy with my half-orc. At least for a while .

Tough since i never seem to find a decent enough guild the guildhall boats aren't that big of a deal since i most likely wont be seeing them anyways.

DDO is highly recommended. There is a MASSIVE amount of content available for free. If you still aren't sure after getting a few levels just buy 5-10$ worth of TP to unlock 4 char slots and full auction house privileges. It is a tiny investment considering the hours you could spend on the game, and that TP increase will let you buy one of the content modules (I would highly suggest Twilight Vale first.)

John Funk said:
What's the one thing worse than zombies, or pirates? Zombie pirates, of course.
Click to expand...