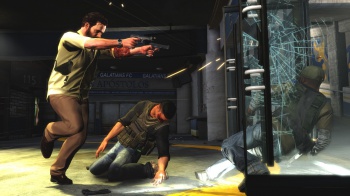 Max returns in full form for act three of the grittiest, bloodiest ballet known to man.

2001 was the year we first met Max Payne, a nightmare-fueled sack of grit with a liver so impervious to toxins that most scientists would literally kill each other for the chance to be the one to put it under a microscope. That first PC outing was almost universally beloved by gamers for its sleek noir-inspired story telling and revolutionary player-activated slo-mo sequences. Just two years later, they got another dose, generally considered just as inspired and classic as the first. But then something strange happened ... Max disappeared, and it would be nearly ten years before he returned from The Fall.

So what has Max been up to this whole time? Perhaps the same thing as the Max Payne junkies who've been replaying their old copies of 1 and 2 for the past decade: getting drunk and spiraling into a funk of unbreakable depression. Max Payne 3 picks up years after the events of Max Payne 2, and finds the eponymous Max still dealing with traumas past. But the fates would never allow Max to just laze around on his couch, listening to emo music and chomping down a pint of Ben & Jerry's. No, our favorite unlucky detective gets an invitation from an old buddy, asking him to grab his gun and head down to São Paulo, Brazil for some private sector security work. Naturally, things eventually go south in more ways than geographically and, soon, Max finds himself uncomfortably positioned between the gun barrels of murderous, warring crime factions.

While Rockstar has lately been showcasing the game's planned multiplayer mode, its preview at PAX fortunately let me go hands on in exactly the way I wanted to: story mode, baby! And though I was only able to play through two short sections of the game, it was more than enough time to die forty-seven times garner a distinct feeling of the way Max Payne 3 controls and feels.

While my personal prior experience with Max Payne is, perhaps unsurprisingly, with PC, this preview was for the Xbox 360 version. Despite a small leap in acclimating to moving Max with a controller instead of a keyboard, I was pleased to discover that the game flawlessly maintained the same precision of the originals, a true make-or-break vitality for the series.

The levels I played were a solid mix of open space and cramped quarters, with cover integrated organically (architects specializing in chest-high wall construction seem to have found trouble getting work in São Paulo). But though cover remains an important aspect of survival, most of the gameplay's defense mechanic is actually hidden in its offense: Max's slow-motion leaps, runs, and banzai charges provide both the perfect way to dodge an enemy's bullet while placing one of your own in the offender's brain box.

When you don't actually manage that headshot, Max's enemies react dynamically to where you did place your bullet: bending toward damage, and stumbling backward in the exact fashion you might imagine a blood-thirsty South American drug lord to tumble when taking a blast to the knee-cap, arm, or side. The same can be said for the opposite situation: In a truly masochistically, entertaining fashion, Max reacts similarly to his own damage. Some of the most fun I had playing was hearing the room's collective, "daayyyymmmn" whenever a sniper clipped an unfortunatly vital section of my anatomy, prompting a graphic spray of blood from the wound before the game gave me the chance to try again. And that, ladies and gentlemen, is exactly what Max Payne is about, eschewing the general binary reaction most gamers have to progress in shooters. "I'm happy if I killed the bad guy" has been replaced with a celebration of how you did it. The choreography in Max Payne 3 is, at minimum, just as much a beautiful balletic performance of violence as ever, and that effect defines the very heart of the player's experience with it.

While the core gameplay seems to have been fashioned directly from the core mechanics that originally helped to elevate the series, the team over at Rockstar has made a number of careful improvements, adding a sense of fluidity and specificity that "adds" more than "changes." The same could be said of the game's storytelling, though its new iteration has more potential to divide the community than the bullet play. Stand-alone graphic novel-style cut-scenes have been completely eliminated, making way for a truer integration that maintains the game's frenetic pacing instead of pausing it. Max now delivers his narration as the player moves through a scene, with key words and phrases graphically appearing comic-style on sections of the environment, such as a closing door or nearby wall. This new method definitely helped keep me "inside" each scene, but the digression from the series' roots may prove jarring or unwelcome for some.

From my thirty minutes with Max-circa-2012, I'm pleased to report that the development team has done what fans generally want from a modern resurrection of a long-napping franchise: meticulous improvement without arbitrary change. And while, at this point, it's impossible to report on the larger narrative and comprehensive experience, it's easy to see that Max Payne 3 thrives mechanically, the very cornerstone from which much of the original fanbase grew. If the story can qualitatively match the first two installments, it's more than possible that the franchise will continue to remain unmarred by anything less than superb craftsmanship.

"From my thirty minutes with Max-circa-2012, I'm pleased to report that the development team has done what fans generally want from a modern resurrection of a long-napping franchise: meticulous improvement without arbitrary change."

And I am at peace with Rockstar and super stoked for the game to come out next month.

Mike Kayatta said:
snip
Max's slow-motion leaps, runs, and bonsai charges provide both the perfect way to dodge an enemy's bullet while placing one of your own in the offender's brain box.
snip
Click to expand...

He he he..."bonsai charges". I'm having fun imagining these. Spell-check is a ***** sometimes.

I'll admit MP3 is one of the few games that are actually "on my radar" for this year, I'm just feeling very cautious this year. Especially given the one game that was standing out was Prey 2, and its future seems murky.

Having never played Max Payne before, I imagine I'm looking at this game from a completely different angle than most.

I'll definitely be buying it, Rockstar are among the select few developers that provoke a Day One purchase for the vast majority of what they release into the world - and I have no doubt that I'll be enjoying this.

I'm hoping a Max Payne collection will be hitting soon, although as Rockstar haven't jumped on the bandwagon yet with a Grand Theft Auto collection I'm not holding my breath.

Mike Kayatta said:
snip
Max's slow-motion leaps, runs, and bonsai charges provide both the perfect way to dodge an enemy's bullet while placing one of your own in the offender's brain box.
snip
Click to expand...

He he he..."bonsai charges". I'm having fun imagining these. Spell-check is a ***** sometimes.

I'll admit MP3 is one of the few games that are actually "on my radar" for this year, I'm just feeling very cautious this year. Especially given the one game that was standing out was Prey 2, and its future seems murky.
Click to expand...

Yes, you have to love it when the computer changes something correct to something hysterically incorrect. I imagine a bonsai charge being something akin to a hail of bullet fire clipping away at Max's body until only 40% of him is left by the time he arrives across the hallway.

This is actually the only game I'm looking forward to this year. I really want it, badly. Looks dark, and gritty, in a way that actually adds to the experience, not just people saying "fuck" with every other word. I really, really, want this game.

Captcha: point blank
Indeed, captcha, indeed. In honour of this captcha, I shall try to make my first kill in this game be a point blank headshot.
P

In Rockstar I trust.

sounds good. looking forward to it. just saw the pre purchase on steam for 60 USD. 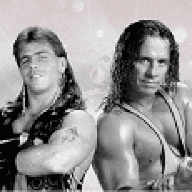 It's been a long time... Really looking forward to this.

I've never played either of the original Max Payne games however I've been following this game with massive anticipation. It looks gorgeous from the videos and now sounds like it plays like a dream. I hope the music and the story will hold up as well. 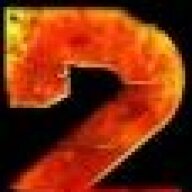 I played through Max Payne 1, and loved it, despite my computer bluescreening every 20 minutes.