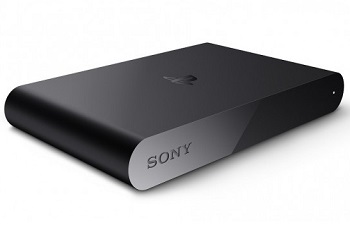 Retailers including GameStop, Best Buy, Amazon and Walmart have recently cut the price of the PlayStation TV.

The <a href=http://www.escapistmagazine.com/news/view/127573-PS-Vita-TV-Is-a-Game-Boy-Player-For-The-Vita>PlayStation TV isn't a perfect device. Despite basically being a reconfigured Vita, its library of compatible Vita titles and PlayStation Classics is limited. It also doesn't have direct access to popular streaming services like Netflix or Hulu Plus. In other words, unless you're just looking for a way to remote play your PS4 or tinker with PlayStation Now, there's arguably not much of a reason to own one.

If that is all you want however, the time might now be right to open your wallet and pick one up. Retailers including Walmart, Amazon, Best Buy and GameStop have all recently lowered their selling price for <a href=http://www.escapistmagazine.com/articles/view/video-games/conferences/e32014/11714-PlayStation-TV-Like-Having-a-Second-PS4-Anywhere>the PlayStation TV. Gamers hoping to get their hands on one will now only need to spend $80 for the base unit or $100 for a bundle including a game and a controller. Notably, Sony's online store is still selling the PS TV and its bundle for their original North American prices of $100 and $140. We've reached out to the company to try and find out if an official price drop might also be in the works.

Speaking as someone who owns and enjoys <a href=http://www.escapistmagazine.com/tag/view/playstation%20tv?os=playstation+tv>his PlayStation TV, I'd definitely say this is a good deal. For all of the legitimate complaints that can be filed against the mini-console, it can still be really useful if all you want is an alternative to lugging your PS4 upstairs every time you want to spend time with you wife while she plays PC games. Obviously don't get one if it doesn't meet your needs, but I wouldn't rush to discount it either.

I bought PS TV about a week ago. I just wanted a device which lets me play Vita games on my TV (not interested in streaming my PS4 games).

As it is at the moment, the device needs a big patch pretty soon to support more games. The supported Vita games are a joke. I'm limited to a handful of my already small library of games. Unfortunaltey, aside from Persona 4 Golden, none of the system sellers are compatible.
I also have some downloaded PSP games on my memory card (which work well), but already have an inofficial device which lets you play PSP games fullscreen.

So... yeah, I knew PS TV would be a nice product, but as an article about the thing said: Imagine buying a Super Nintendo and not being able to play Super Mario World, A Link to the Past and Super Metroid.

what is this? It sounds like a waste of time, money, effort, materials and power, to be honest. A sort of bogus present that your nan buys you, thinkings its what you want cos she heard you mention playstation once.

Thanks nan, i appreciate the thought. Its still being given to my 2 year old neice though...

But until this thing supports a good number of my library, I don't really see a point in buying it. As of right now I'm pretty sure the only games I have that are supported are Lone Survivor, Jet Set Radio, Retro City Rampage, and Killzone: Mercenary. 3/4 of those were cross play and I have them available on my PS3 so that just leaves Killzone: Mercenary. Even half of my PSP games aren't supported, which I just feel is absolute nonsense.

When Wipeout, Uncharted, Gravity Rush, and Unit 13, or at the very least MGS: Portable Ops are compatible.. Count me in.

It's a really niche device. Not all Vita games work on it. (Understandably enough) the PS4 linked to it cannot be used when streaming games from the PS4. And it can't stream video directly from the internets, something I though it could do before reading this article. They really should lower the MSRP and make more Vita games compatible with the PSTV.

That said, I still say if you only want it for the remote play off a PS4, get a spare C8 power cord[footnote]The C8/figure 8 plug is used on tons of electronics. Don't pay three times as much for a "Playstation" one. Just get one from a reputable source.[/footnote] and an extra HDMI cable or whatever video cable works with your TV. It costs maybe $10 shipped. I have a cable pair like that set up on the big tv, so I can move my PS3, 360(if my sister brings it back), laptops, even big PC, and Wii U (still need to bring the big dumb brick, though) without reaching behind either entertainment center. If that's too much and you really want to sit down without ever going to the room with the PS4 in it (or if you also want the Vita functionality), then you fit into that rare niche the PSTV aims to fill.

The Playstation TV is a great product to consider for people who are interested in a few Vita games (and could use the product obviously) but don't want to buy a whole Vita. I was strongly considering a Vita TV even at its previous price which was quite reasonable BUT - the major point that dissuaded me from doing so and that remains unchanged is the absurd price of Vita memory cards which are basically necessary to use this product in any reasonable way.

Norix596 said:
The Playstation TV is a great product to consider for people who are interested in a few Vita games (and could use the product obviously) but don't want to buy a whole Vita. I was strongly considering a Vita TV even at its previous price which was quite reasonable BUT - the major point that dissuaded me from doing so and that remains unchanged is the absurd price of Vita memory cards which are basically necessary to use this product in any reasonable way.
Click to expand...

Oh yeah, I forgot about the memory card prices. They could have at least put the 4GB or 8GB cards in with the Basic unit. We know the prices on them are ridiculously inflated, so it shouldn't hurt them to include one with the model that assumes the purchaser already has everything else needed to start using it. It might have even got some people who only bought it for streaming from a PS4 to try out some Vita games from the PSN store.

But the memory card issue is Sony being arrogant to the point it affects both the PSTV and Vita. If they would have just let a micro SD adapter come out and/or dropped the prices on their cards, both of those devices could gain more momentum. (Even the Memory Stick Pro Duo cards are still too expensive. I bought a micro SD to MS adapter and 32 GB SD card, which both cost less than a 16GB MS, for my PSP. That's the only reason I'm buying things off the PSN now, because I have the room to store the games without playing hot potato with the files.)
Show hidden low quality content
You must log in or register to reply here.
Share:
Facebook Twitter Reddit Pinterest Tumblr WhatsApp Email Link
Top Bottom