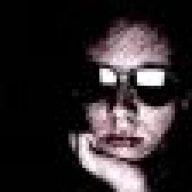 I have no idea if this is the proper thread to post something like this, but... ugh, I just really need advice or to talk or something. I haven't posted on these forums in forever, I usually just lurk, but... here goes nothing. (warning: there will probably be cursing)

So, to give a quick synopsis of the situation: I meet this girl recently. If not obvious yet, we really hit it off and became really close really fast. I mean I meet her almost a month ago and since then we've been talking nearly every day. We have similar humor, tastes, interests, and we have really good banter together. We both enjoy pushing each other's buttons and getting the other riled up, it's mutually fun. We have already admitted that we both like each other a lot and how we are both interested in being more then friends. Everything is great, the world is made of god damn fucking rainbows.

If it also isn't evident yet, this story has a lovely little snag.

The major issue here is that she's going to start at a college in two weeks that is about 4 hours away. It's just far enough to qualify as a "long distance" thing because of how much it would cost gas and time wise to visit and how rare those would consequently have to be. I'm already invested in the degree program at my college and have a lease for at least the next year. I kind of knew in the back of my mind the whole time that we were talking that this was there, lurking as the unspoken issue, but neither of us really wanted to talk about it. So we went with the flow, let the feelings grow, became exceptionally close, all without acknowledging the metaphorical elephant in the room.

Now her parents kind of freaked her out about going to college and forced the issue in more ways then one.

So tonight (about 3 hours ago) she opens up and tells me the truth: that she doesn't think she'd be able to do a long distance relationship and she's afraid she'd fuck it up for both of us and emotionally scar me in someway. She effectively capped wherever this relationship might have been building to.

To give a little perspective, it has been years since I've felt this crushed or broken up about a relationship in anyway, and I'm more conflicted then I've ever been in my entire fucking life.

On the one hand, I know that doing this in general has already been really hard on her. She really wishes things didn't have to end this way and feels horrible already. I tried my best to calm her down and tell her I get it and understand what she's saying, but considering the information that was dropped on me I was less then effective at that endeavor. I basically threw out a few platitudes and then bailed out the conversation because I couldn't respond to it, my hands refused to type and I had no idea what to say; my mind was on fucking lock down. There is that small rational voice in my head telling me she's right and that this whole thing will be a hassle and probably not end well. She'll be happier this way, blah blah blah. I fucking hate that particular voice but I can't really deny the logic. I've rarely heard of a long distance relationship working out, even if it is only 4 hours. In the long run this will probably be better for all parties involved and I don't want to come across as selfish or an asshole or needy or anything like that and yet...

There is a part of me that is literally screaming at me wondering what the fuck I'm doing right now. How fucking stupid do I have to be to think that letting her go like this is a good fucking idea. I think ninja doctors just came in during the night and gave me a god damn lobotomy to actually reach the conclusion that this is an acceptable outcome. It has been a really long time if ever since I've liked someone as much as I like this girl, we just clicked. Everything meshed together perfectly and everything until now has been fucking perfect and I must be psychotic to think letting her leave like this is the best course of action. I just really don't want this thing that we have between to end like this.

And it hurts. God damn it's been a long time since I've been this fucking depressed and upset about anything. I quit smoking two years ago and I've already went out to get a pack of cigarettes and smoked half of it just trying to stave off a panic attack. I thankfully had enough sense of mind to stop drinking whiskey straight from the bottle before I got anything more then buzzed, but this shit is still fucking painful and I don't know what to do. I feel like I'm slipping down a hole and every second I waste is a second lost in trying to do something about this whole mess but I'm not even sure what I should do and.... UGH!

I'm trying to numb myself and my own feelings and working as hard as I can to move past it, but it just isn't working. Maybe it's because it's so fresh or something, but I kind of doubt it. I seriously have no fucking clue what to do with this and I'm trying my hardest not to panic or absolutely lose my shit. If anyone can give me any advice or perspective, it'd be really appreciated because I'm almost at my wit's end.
Show hidden low quality content
You must log in or register to reply here.
Share:
Facebook Twitter Reddit Pinterest Tumblr WhatsApp Email Link
Top Bottom