Pokemon X and Y players can earn items for evolution by popping balloons and claim a discount coupon for an in-game clothes item.

By now, the majority of Pokemon X and Y trainers have conquered the Kalos region. All players have opportunities to gain useful evolution items and a discount coupon through the PokeMileage Club, but trainers have a limited time to claim the coupon.

Players earn Poke Miles in Pokemon X and Y by wandering through the Kalos region, trading Pokemon, and StreetPassing other players. The amount of miles awarded depends on the distance between two players - trading a Pokemon from one country to another would, for example, grant more points than trading a Pokemon within the same state. These Poke Miles can be traded in for prizes.

The first attraction in the PokeMileage Club is Balloon Popping and costs Poke Miles to play. Players interested can play the game on the Global Link website. The Balloon Popping attraction earns players evolution items for Pokemon X and Y, but specifics are unknown now. It's possible beyond traditional evolution stones (such as fire stones, water stones, dusk stones, etc.), there may be items for mega evolutions as well.

One of the new additions to the series in X and Y was clothing customization. Players can try on and buy clothes to become more fashionable in the game. Prices vary by store, but the department in Lumiose City, the largest city in the game and modeled off of Paris, has pricey clothes. The PokeMileage Club will distribute a discount coupon that reduces the price of one transaction on clothes in-game by 50 percent. Note that trying on multiple items in a fitting room and buying them altogether counts as one transaction. The coupon isn't available through normal gameplay and will be available to claim from Jan. 14 to March 3.

The most exciting part of Pokemon is starting a new journey, and the luster can fade once players have become the Champion, but the PokeMileage Club is worth checking out for anyone who wants to grab more items.

Personally I'm hoping it's for the harder to get items like Metal Coat and Razor Claw. Stones are pretty trivial to get already through super training, but not having to go Magneton hunting to get Metal Coats or Battle Maison farming for Razor Claws and the like would be nice. 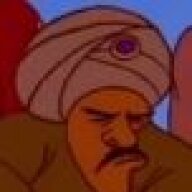 Falterfire said:
Personally I'm hoping it's for the harder to get items like Metal Coat and Razor Claw.
Click to expand...

I assume it's mainly for competitive items that aren't available yet, I know that at least most of the gems aren't obtainable in x and y for example.