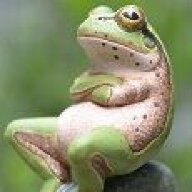 Only during the day. By night... well, that's a whole other matter

Dalisclock said:
Yeah, I know exactly how you feel. Then again, the last game in the series I actually thought was good was Advanced Warfare(me and like 3 other people). I really wanted to like Infinite warfare but the fact Jon Snow(Sorry, can't remember his in-game name) was a shitty, forgettable villain and the "Heros" were madly clutching the idiot ball the entire time made it really hard to care. Talking about Sacrifice works a lot better when it isn't your rampant incompetence that is causing said sacrifices.

I didn't bother with BLOPS3, Ghosts or WW2 because they sounded like they weren't worth the time/money. Between all of those, I've made my peace with the fact that the CoD I liked is gone and has been for a long time. Kinda like when Lucasarts closed down, they'd stopped making games I cared about long before that and I'd long since accepted they were gone.
Click to expand...

I also really like Advanced Warfare. Though it was drastically helped by the fact that both Troy Baker and Gideon Emery are really easy on the eyes and even easier on the ears
Yep. That helped a WHOLE lot XD

Infinite Warfare... eh. That pretty much sums it up. It really did feel like all of the characters had been hit by the stupid stick, but I did actually quite like all the space flight stuff.
Also why the fuck was Lewis Hamilton in there? And Connor McGregor?

I didn't bother with BLOPS3 because at the time I didn't have a PS4 or XBox One, and the PS3/360 version didn't come with the campaign from what I remember. Then I heard that the campaign was... less than stellar and I just never bothered getting it.
I also haven't played WW2.
I did play Ghosts though. It was ok, but very short. I remember the beginning and the end, but couldn't tell you what happened in between!
D