Before thinking about the plot, we should consider the fact that it will most likley never be made.

You can't just stop the story progressing in an MMO, so you can spend 2/3 years (5/6 years for Blizzard most likley) to make a short 6 hour campaign to continue the story.

I personally have a bad relationship with WoW to the point that I hate it so for me it's non canon because I think Arthas should be killed in a more epic way than "he died because some random people without names killed him" that just sounds anticlimactic. Also maybe my opinion doesn't count because I haven't played WarCraft III but that was only because the imbecile GameStop clerk put WoW inside my WarCraft III battlechest instead of WarCraft III and considering I didn't open it until I got home which at the time it was in Queretaro Mexico (that's around the center of Mexico), I couldn't just go back all the way the USA just to exchange it I got stuck with WoW played it for 4 months decided I hated it cancelled my subscription and complained all around the internet that I got WoW instead of WarCraft III. 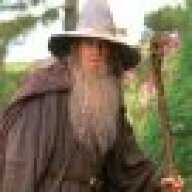 Oh, dear god, WoW is Warcraft 4, and 5, 6 and 7, if you look at each expansion as a full addition to the storyline.
E

Ranorak said:
Personally, I doubt that WC4 will ever come.
Click to expand...

If I am not mistaken, Blizz has said WC4 will come, but they're running through two or three more expansions before they do so.

Ranorak said:
Personally, I doubt that WC4 will ever come.
Click to expand...

If I am not mistaken, Blizz has said WC4 will come, but they're running through two or three more expansions before they do so.
Click to expand...

Really?
Well, that would be nice.
I do like myself some WoW, but a RTS is never bad.

As for those who keep claiming there is no lore left.
Lets look at the great heroes of WC3

Any idea how many of those were actually in WC2?
I'll give you a hint.

Now, personally, I'd prefer small campaigns of stuff that happened of screen in WoW, like I mentioned earlier.
But, There are still some villains left.
There is the
New Lich King
Kil'jeaden
Old gods

Or, just like WC3 did, and Vanilla WoW for that matter, come up with a few new enemies.
Ragnaros was never in the lore before WoW.
Onixya wasn't either.
And personally I always liked the idea of The Lich King raising Yogg-Saron, A undead death god. 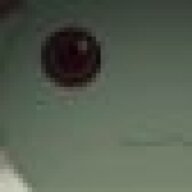 They butchered the lore in WoW, so if they decide to make Warcraft 4 they should ignore all bollocks they did in WoW

But maybe because my favourite part of WC3-TFT was actually the orc side game.
Click to expand...

I enjoyed that. I think if WoW had one issue, it was making the Orcs out to just be fully bad. In WC3, the Orcs were just another species, with a great story.

I did play mostly Alliance though 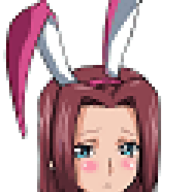 MetallicaRulez0 said:
Whether old Warcraft fans like it or not, WoW IS canon. If there is a Warcraft 4, which I imagine there will be in the next 5 or so years, it will almost certainly pick-up where WoW left off.

Well, assuming we haven't killed every single enemy in Warcraft lore before then. That actually seems plausible at the rate we're killing legendary figures right now.
Click to expand...

Yup, Illidan is down, Lich King is down (although replaced), Deathwing is coming in 4.3 (so in a few months), Malygos is dead, Lady Vashj is dead, Medivh's tower was cleared out, Ahn'Qiraj has been emptied.. Yeah most of the major characters are gone or are going to be gone (Queen Azshara is supposedly going to be the big baddie of the next expansion)
A

Do you have a source for this statement?
Click to expand...