as would i. i liked halo 2, but forgetting about it is a small price to pay for halo 3 and reach to never had existed.

halo:ce is one of the few fps games i genuinely enjoyed; halo3 single-handedly killed all multiplayer ever for me, and reach joined the countless other mindless frag fests that im glad i never bought (just played at a less cynical friends house).

in its forth iteration, im pretty sure the halo series has now innovated less than final fantasy. utterly pointless, forgettable sequel, so lets just forget it so bungie might actually have to do something new (ONI sequel ftw...far more original than halo 5 at least).

reach is pretty fun, although im kind of sick of fps's as of late..so i dont play it that much, as i dont even have that much time as it is.

however, once i get over my fallout new vegas craze and beat fable 3 and play tfu2 to death, i will be right back on reach im sure, as its the one fps that i can tolerate lately and it doesn't annoy me to death.
A

Thing is, it isn't a continuation of the Halo storyline with master chief and everything. Halo 3 was so huge because it was finishing up this epic story we've been following from the start, and it was supposed to have a multiplayer better than Halo 2's. We got a great, somewhat bittersweet ending, but the multiplayer devolved into overpowered melee, grenade spam, and AR spraying.

Following Halo 3, we got Halo Wars which was meh, and Halo: ODST which was good, but could have been DLC for it's 5-hour campaign. Because of those games (and that fact that it wasn't Halo 4) kind of stopped people from thinking of Reach as being THE next Halo game. So I guess it suffered from being a prequel.

My group of friends faced another problem in that we're all starting college now. In 2007, we were just care-free high school sophomores. Now we don't have nearly as much free time to put in hours on multiplayer and some have even drifted from gaming altogether. I would say less than half of the people I played Halo 3 with even bought Halo Reach.

I personally like the game, and think it's a big improvement over 3, but I have a weird problem with multiplayer now. During Halo 3's prime, I could just pop in the game and play for hours on end with or without friends. I got really good, but some time after the Legendary and before the mythic map packs, I just got stale with the game and could only play it with friends. I was so stale, I didn't even play any of the maps released with ODST. All I remember doing before Reach was playing the Halo 2 send-off in April, and enjoying every minute of it because it was such a great game as well as being sad that I had played it more before it's shutdown. So yea.....If I had more time and more friends that bought Reach, I would be playing it a lot more, but sadly that isn't the case. 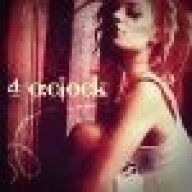 I haven't forgotten about it, but I've not played it for awhile. I've been too preoccupied with other games lately.

BlazBlue: Continuum Shift (I'm trying to actually get good and not win all of my online fights by just Ice Carring with Jin. Not my fault people let me though...)
Fable 3
Left 4 Dead 2 (A friend just bought it, giving me another reason to play it, which makes me very happy)
Singularity (its been sitting around for awhile and I decided to get on it)

And that's all on top of schoolwork.

So once I beat Singularity, and finish using Fable 3 like a dirty little whore, I'll probably start popping Reach back in. But right now, my main concern is BlazBlue.

I haven't played it much recently, but not from a lack of wanting to. I'm either working on personal stuff or playing minecraft for the time being, and I don't have my 360 hooked up and don't really feel like doing that. I'll be back to Reach once all the jerks have moved back to something else that releases in a few days.

I play it a lot, like almost every time I get the chance. It's a great game to play with friends, plus there's forge and firefight and lots of matchmaking, though my connection is a ***** with terrible technical hiccups so I often end up dropping out of the game.

Still I think it's a damn good game. Probably not the best narrative but in terms of design, gameplay and flexibility with how you want to make your games, it's got you covered.

I'm actually playing it right now. It is a tough sell considering how different it is from the others and all the competition it has. The other Halo games practically had an open year when they launched. They had nothing to compete with on the Xbox. Reach has to deal with New Vegas, Black Ops, Medal of Honor and several other games. Its just a bad time to launch.
S

It seems as though Reach will stick with veteran Halo fans, but generaly failed to bring in a whole lot of new fans(Could be dead wrong, haven't really followed Reach's stats). From my point of view, Call of Duty has replaced Halo as the big Loved/Hated behemoth of a franchise. Rightfully so in my opinion...

Reach drew me into multiplayer for a brief period. I'd still play it were it not for the fact that my wingman in the 2v2 arena has a terrible rage problem even though it's all but guaranteed we'll lose every other match. I eventually got sick of listening to him rage in my ear and I moved on to other games.

I am a big fan of the series, love Reach and am still playing it. Love it, great game.
Playing right now.

I played the campaign, thought it was alright, played split-screen MP with mates for a few weeks, then went back to Bad Company 2 - where I shall remain till something better comes along. 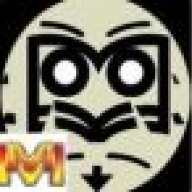 As I said to my X-box loving, Halo fanboy friends: "Halo Reach is like Halo 3.5. You're not going to get what you expect when you finally get it."

Lo and behold, I was pretty much right.

I never heard any hype, but most people I know are playing it. Or they've boosted to the top rank and become bored. 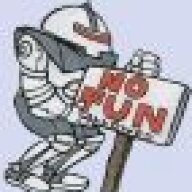 Love the game, hate the fanbase.

I haven't had much time for gaming recently with schooling, but I still play it whenever possible. Halo in most of it's forms (Never even touched Halo Wars) just clicks for me, although it does get boring after awhile. Then again, all games eventually do, save the persistent world ones.

I love Reach. Since New Vegas I've only been playing it either with friends or to complete challenges, but it still has a 50/50 split of my game time with New Vegas.
D

It was the same as ODST, another Halo 3 expansion trying to pretend its a game on its own.

AjimboB said:
I'm still playing multiplayer, and will be for quite a while to come, however Halo Reach is not, nor will ever be, my exclusive multiplayer game. I'm just not a one game kind of guy, some days I want to shoot a guy in the head 5 times before he dies, and some days I just want to be able to hit him once in the dick to make him keel over. I'm looking forward to Black Ops, but that doesn't mean that I've forgotten about Reach.
Click to expand...

I'm in the same position.