Poll: Will Bethesda's next big title suffer in sales because of Skyrim's notorious glitchiness?

I'm confused.
Morrowind I don't recall, but Oblivion had a huecuva lot more bugs than Skyrim on release. Yeah, there was the PS3 issue, but that seems to have clouded a lot of gamers' minds and blown Skyrim's "bugginess" far out of proportion. When I think of Skyrim I think "not actually all that buggy" - about the same level as, say, Red Dead Redemption.

So why all the fuss and moaning?

What the hell is everyone complaining about with Skyrims "glitches"?? I played it with no problem at all. The only bug that affected me was I sometimes couldnt leave a conversation...sometimes, that's it.

All Bethesda games have a few bugs, it comes with making such massive titles. Nobody cares because they know Bethesda can deliver. 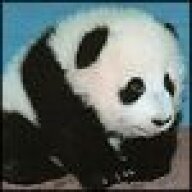 It wasn't as bad as New Vegas or Fallout 3, in my experience. So yeah, I'm buying the shit out of the next one on launch day.

Maybe I haven't played too much or I'm simply lucky, but I haven't encountered any signifficant bugs yet. Maybe it's because I'm way too tolerant, or because of the platform too, I don't know, New Vegas suffered a lot and I know it first hand, but it was (mostly) ammended.

I still enjoy Bethesda's games, despite their buginess and they are definitively some of the best games this generation has to offer and some of the best I've ever played. Yeah, I've already pre-ordered their next game. 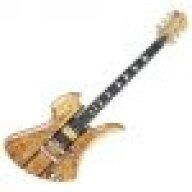 MeChaNiZ3D said:
You act like Skyrim is the first Bethesda title that has been glitchy. Glitchiness is their fucking reputation, anyone who wouldn't buy a game of theirs because of that has already stopped buying their games.
Click to expand...

This. I got Oblivion, and that had some pretty bad bugs. That hasn't hurt Skyrim's sales at all.

But Morrowind...That's a whole different story. That's probably the most buggy game I've ever played. Didn't damage Oblivion's sales in the slightest.

I think part of it is because it takes Bethesda several years to come out with their next title. The dust settles, people forget how buggy the last game was because they've been playing with three years worth of patches. Then also, part is because it's worth it. There are very few games that I have found anywhere near as fun as Oblivion, and none I've found that can touch Morrowind-that's just my opinion, but it's not one I'm alone in either.

Skyrim is less buggy than their past games, and sold more. If they keep with the trend, it should sell even more, and be more polished.
K

I'm definitely buying the next game, and if all the supposedly legendary glitchiness of their other titles hasn't slowed down Bethesda's sales by now, I think it's safe to say that the glitchiness of Skyrim isn't gonna matter either.

Sure there were plenty of bugs in Skyrim, but there have always been a lot of bugs in Bethesda's games and Skyrim was actually a relatively stable game as far as Bethesda goes. Really, the only bug I ran into other than some AI issues was the PS3 slowdown one, and I still got in many, many hours before that.


Sixcess said:
If Fallout 3 didn't harm Skyrim's sales then Skyrim won't harm the next game's, unless the next update results in the game disc spontaneously combusting.
Click to expand...

And even then, probably wouldn't hurt them too much. 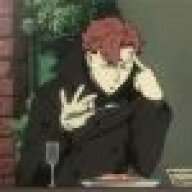 The amount of bugs in Skyrim and Oblivion are almost always grossly exaggerated. I think it's just become popular to say that they're full of bugs (which they might be for some) But I've yet to experience a single bug and impeded my ability to enjoy the game, let alone break it.
I

At this point, Beth could release a near-unplayable pile of fecal matter in digital format that it'll sell like hot cakes and get all of its wrinkles ironed out by the community.

Honestly though, PC gaming experiences are subjective. Some games prefer AMD GPUs to Nvidia ones, others tend to favor specific CPU processor makers and very specific clock speeds... The bottom line is if you're a PC gamer with a clone rig, every single game you purchase is a gamble you're willing to make. Remember back when dual-core CPUs were hot shit? Several developers were more or less caught with their pants down and had to scramble to ensure that their single-core projects would run adequately on then-cutting-edge hardware.

Yes, Bethesda tends to make fairly bug-riddled games, but that's something to be expected with something that's as expansive AND fully customizable. Fifty percent of the problems you could potentially face are their fault, indirectly, while fifty percent depends on the sheer randomness of how you assembled your rig together and which drivers you're using.

Considering this, I typically frown a bit when I hear people refer to the devs as "Bugthesda" or hear them bash on a project of this scope because their single, personal experience with the title was sub-par.

In which case, I tend to say that you should switch rigs or test your game out on someone else's machine, first. If all else fails, go console.

Then there's the obvious fact that while Skyrim is moddable, stacking up mod after mod is bound to eventually cause problems. Some bugs are more or less entirely the player's fault, in this case. Anyone interested in modding a Bethesda game should get info on load order sorting and on how to coax the games to properly load custom textures. 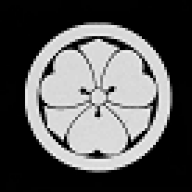 I just got Skyrim and haven't had too many buggy experiences, not yet anyways. I have played some of Bethesda's other games and know what you're talking about but frankly I believe the games are worthwhile and fun despite some bugs. Personally, I've actually had more bugs with some of Valve's games and games that use the source engine. Valve really needs to work on a new engine and make HL3 already.

targren said:
Probably not. After The offensive one-two punch that was Fallout 3, then Skyrim, I personally won't be buying any Bethesda games again. But They've got a brand loyalty (not that I can understand why) that is smaller but just as fanatic as Blizzard's. Personally, I've had it with buggy POS games that require me to install all kinds of shitware onto my PC to play them (Steam, GFWL) and then take 5 years to have all the bugs fixed. Usually by people who don't even work for Bethesda.

Yeah, I'm a little cranky, I admit. Since I dusted off Skyrim again now that the SCK is out, and actually bothered to update it. MIS-TAKE.

At least Oblivion had the decency to not crap all over my computer.

I'm really curious, what kind of bugs are you getting? and what is the specs on your hardware? why was the update a "mistake" ?
O

The answer is of course not. 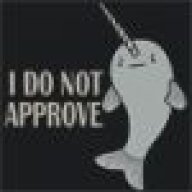 Skyrim is the first Bethesda title I've enjoyed even if I had bugs up the ass from unable to start/finish quests to not being able to use bookshelves. I'm definitely buying the next game but I'll wait until bugs have been ironed out. 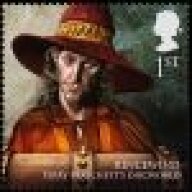 The only mod I had installed was a skin/body texture mod so that the whole cast of the game didn't look like Joan Rivers. <_<

The only mod I had installed was a skin/body texture mod so that the whole cast of the game didn't look like Joan Rivers. <_<
Click to expand...

ah i see, well the UI is one of the things that skyrim didn't excel in exactly..for pc at least. have you tried any of the UI mods? personally i like skyUI, but it's not for everyone.

the graphics card is the only thing that is really different between our systems, so i can't speak on it's behalf, but otherwise the game is running flawlessly on ultra for me, and that is with 20+ mods running in the background..have you tried using NMM or steam's workshop? steam's workshop is frickin cake when it comes to installing some user developed mods. 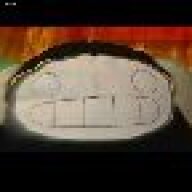 Are you new to Bethesda? Of COURSE Skyrim was buggy as hell! Everybody KNEW it would be buggy as hell years before it even came out, and yet everybody was still clamoring to buy it while knowing that. That is the awesomeness of Bethesda 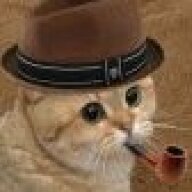 I find it funny about how many people complain about needing multi save points. I ran into about 5 quests total that were bugged and unable to complete. Thanks to the fact I play on a PC i just looked up the coding and fixed them in console myself. About 2-3 Mins per bug and i'm more then willing to do that for all their games if i'm given this much freedom in a game.

Oh, fuck no. Every single one of the Elder Scrolls games has been bugged up the ass; Skyrim is not that much worse than Oblivion, or even Morrowind. Hell, Daggerfall was (debatably) even worse!

gmaverick019 said:
ah i see, well the UI is one of the things that skyrim didn't excel in exactly..for pc at least. have you tried any of the UI mods? personally i like skyUI, but it's not for everyone.

the graphics card is the only thing that is really different between our systems, so i can't speak on it's behalf, but otherwise the game is running flawlessly on ultra for me, and that is with 20+ mods running in the background..have you tried using NMM or steam's workshop? steam's workshop is frickin cake when it comes to installing some user developed mods.
Click to expand...

Oh, it's definitely not the hardware, since the new problems didn't happen before on the SAME hardware (For the record, though, the video card clocks in at a 7.3 on Windows 7 "Experience index". That's damned good)

And Actually, I did try SkyUI. It didn't fix the problem which looks like it had something to do with a bodged update. Since re-installing means downloading 5 gigs all over again, I just uninstalled the whole mess, and then uninstalled FO3 so that I could rip GFWL off, too.