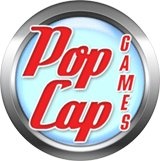 Like PopCap, the Vancouver [http://www.city.vancouver.bc.ca/]-based SpinTop develops and publishes casual, family-friendly games, and offers free demo versions of their games. The company will operate as an independent subsidiary of PopCap, with SpinTop Co-Founders Duncan Magee and Craig Hamilton continuing to oversee operations. Future SpinTop releases will be published by PopCap.

Founded in 2000, PopCap Games is the largest casual games developer and publisher in the world, currently employing 95 people. It has released 32 games, although its best-known title remains the 2001 hit Bejeweled [http://en.wikipedia.org/wiki/Bejeweled], which has sold more than 5 million units across numerous platforms.

The news follows closely behind last week's Retro64 [http://www.escapistmagazine.com/news/view/74743], another casual games developer and publisher. Financial details of the acquisition have not been released.