Press Release IRVINE, Calif.-April 5, 2018 -Azeroth reels in the wake of the Legion's devastating assault, and the emergence of a powerful new resource-Azerite, lifeblood of the wounded planet-has brought the Alliance and the Horde to the brink of war. Beginning August 14, World of Warcraft&#174; players will take up their faction's cause in the ultimate fight for control of their world with the launch of Battle for Azeroth&#153;, the seventh expansion for Blizzard Entertainment's internationally acclaimed massively multiplayer online role-playing game.

Heroes of both factions can make their own war preparations now by pre-purchasing Battle for Azeroth at www.worldofwarcraft.com/battleforazeroth. In addition to gaining a level-110 character boost to use immediately, players who pre-purchase can begin their journey to recruit the first four of the expansion's new Allied Races, including the valiant Lightforged draenei on the Alliance and ancient Nightborne on the Horde.?

"In Battle for Azeroth, the stakes for the Alliance and the Horde are incredibly high, and a player's faction will have a more meaningful impact on their experience than in any World of Warcraft expansion to date," said Mike Morhaime, CEO and cofounder of Blizzard Entertainment. "Whether they're journeying to unexplored lands to recruit allies or fighting to secure war resources, players will redefine what it truly means to be 'For the Horde' or 'For the Alliance' when the expansion arrives this August."

World of Warcraft: Battle for Azeroth will be available in both a standard edition (physical and digital versions available; SRP $49.99) and Digital Deluxe Edition (SRP $69.99). The latter contains an arsenal of in-game bonuses for a variety of Blizzard games, including the Seabraid Stallion (Alliance) mount, Gilded Ravasaur (Horde) mount, and Tottle the Baby Tortollan pet for World of Warcraft; an "Azeroth Is Burning" card back for Hearthstone&#174;; a Primal Flamesaber mount in Heroes of the Storm&#174;; Horde and Alliance sprays for StarCraft&#174; II; and a collection of faction-themed extras for Overwatch&#174;.

- Horde & Alliance Double-Sided Mark of Allegiance: Declare your allegiance with this hefty two-sided emblem (stand included). Place it on your desk or shelf and proclaim your chosen faction to the world.

- Hardcover Double-Sided Book: Elegy & A Good War: This limited-edition hardback collects two new World of Warcraft novellas depicting the Burning of Teldrassil from the points of view of the Alliance and the Horde. Each story includes original artwork exclusive to this edition.?? Written by Christie Golden and Robert Brooks.

- "Battle for Azeroth" Digital Soundtrack: Each Collector's Edition contains a key to download the stirring orchestral pieces from the expansion's soundtrack-the perfect mood music for laying siege to your enemies.

World of Warcraft: Battle for Azeroth Collector's Edition is available for preorder now. Supplies are limited; players should check with their local retailer for preorder details and availability. For players who have already pre-purchased a digital edition of the expansion and wish to upgrade to the Collector's Edition at launch, Blizzard will credit their account Blizzard Balance in the amount of their original purchase if they redeem their Collector's Edition key before December 31, 2018. For additional details, visit www.worldofwarcraft.com.

In addition, starting today, anyone interested in joining the fight with the next expansion can pre-purchase Battle for Azeroth digitally through the Blizzard Shop and receive the current expansion, Legion&#153;, for free. This bundle also includes a level-110 character boost, making it a perfect jumping-on point for new and returning players.

World of Warcraft: Battle for Azeroth includes new features and content that will put heroes' fortitude and dedication to their faction to the test. In this expansion, players will be called upon to:


Explore Two Fabled Kingdoms: As a champion of the Horde, travel to the empire of Zandalar to persuade the trolls to lend their naval might. As a defender of the Alliance, venture to the seafaring kingdom of Kul Tiras, home of Jaina Proudmoore, and rally its inhabitants to fight for your cause.

Recruit Allied Races: Take a new form for your adventures as several new playable Allied Races, each with unique racial abilities. Earn the favor of the Highmountain tauren, Void elves, Dark Iron dwarves, and others to create a new character of that race and add their strength to your faction.

Plunder the Islands of the Great Sea: Set out on Island Expeditions and conquer an ever-changing array of enemies, environments, and objectives. Battle in groups of three as you race against cunning rival intruders-or enemy players-to collect each island's resources and fuel the war effort.

Charge Into a Warfront: Fight on the battlefields of a large-scale, 20-player cooperative Warfront to claim a key strategic location. Capture resources to build your faction's forces, lead the charge as your troops lay siege to objectives, and fight the enemy commander to claim victory in this new mode inspired by classic Warcraft real-time strategy-game battles.

Infuse Your Armor with Titanic Might: Seek out Azerite, an invaluable new resource that has emerged in the Burning Legion's wake. Imbue the Heart of Azeroth-a legendary neck piece entrusted to each hero by Magni Bronzebeard-with Azerite to customize your armor with new powers and traits.

Battle to Level 120: Trace the corruption of the Blood God to the Underrot, unearth the secrets of a lost titan vault, escape from the Drust Realm of the Dead, and more as you quest through 10 new levels-then continue to grow in power through new World Quests, raids, dungeons, and more.

To learn more about World of Warcraft: Battle for Azeroth, visit the expansion's official website [www.worldofwarcraft.com/battleforazeroth.].

?Pre-purchasing World of Warcraft: Battle for Azeroth makes available quest lines that enable players to access the Highmountain tauren, Lightforged draenei, Nightborne, and Void elves. To unlock Allied Races quest lines, players must have a level-110 character and have met specific questing and reputation requirements on the factions each Allied Race is aligned with. To unlock a Heritage Armor set, players must level an Allied Race character from its starting level of 20 to 110 without boosting, faction- or race-changing, or being granted levels via the Recruit-A-Friend program. Players upgrading from World of Warcraft Starter Edition must wait for trial restrictions to be removed (up to 72 hours) before using character boost.

**Digital versions of Elegy and A Good War without the exclusive artwork will also be available to read online later this year.

Best known for blockbuster hits including World of Warcraft&#174;, Hearthstone&#174;, Overwatch&#174;, the Warcraft&#174;, StarCraft&#174;, and Diablo&#174; franchises, and the multi-franchise Heroes of the Storm&#174;, Blizzard Entertainment, Inc. (www.blizzard.com), a division of Activision Blizzard (NASDAQ: ATVI), is a premier developer and publisher of entertainment software renowned for creating some of the industry's most critically acclaimed games. Blizzard Entertainment's track record includes twenty-one #1 games* and multiple Game of the Year awards. The company's online gaming service, Blizzard Battle.net&#174;, is one of the largest in the world, with millions of active players.

*Sales and/or downloads, based on internal company records and reports from key distribution partners. 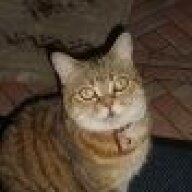 I feel a hefty amount of nostalgia nowadays. A few days ago, I even logged in to Battle.net to check out the price to this expansion. I was frustrated to see that I had to buy the previous expansion, which in of itself isn't surprising, but the prices are ridiculous in combination, Legion barely having any discount at all. So it's tempting to see that *now*, it's free.

I still have the question about if you get Legion right now if you preorder or if you seriously have to wait for BfA to be released in order to also receive Legion...

If only I cared.

I quit playing WoW a long while ago, but when Thrall named Vol'jin as Warchief, there was an opportunity for some new interplay between the Alliance (led by a more thoughtful, tempered Varian Wrynn) and the Horde. Instead, Blizz completely punked both Vol'jin and Varian, decided that Sylvanas "I'm still looking for a way to kill everything living" Windrunner would be a great leader for the Horde, and went the completely safe route of "evil conquering Horde versus noble defensive Alliance" once again.

The Rogue Wolf said:
If only I cared.

I quit playing WoW a long while ago, but when Thrall named Vol'jin as Warchief, there was an opportunity for some new interplay between the Alliance (led by a more thoughtful, tempered Varian Wrynn) and the Horde. Instead, Blizz completely punked both Vol'jin and Varian, decided that Sylvanas "I'm still looking for a way to kill everything living" Windrunner would be a great leader for the Horde, and went the completely safe route of "evil conquering Horde versus noble defensive Alliance" once again.

Seriously? They did that?
Ugh.. well it sticks to their trend of dumbing things down. Nuanced politics and the idea that there is no evil just differences is too complicated for the target audience that will spend a monthly subscription on WoW.


It's not like players pay attention to the story anyway. And the idea that those new races are just about the laziest reskins ever.. I mean say what you want about MoP but at least a new race was not a palette swap.
S

I can read and reread in every way, look at the pictures and everything, but there is nothing, really nothing attractive in this extension, nothing, everything seems more complicated, useless, bland.