PS4 Update 1.60 May Be Blocking Users From PS Store

PS4 Update 1.60 May Be Blocking Users From PS Store 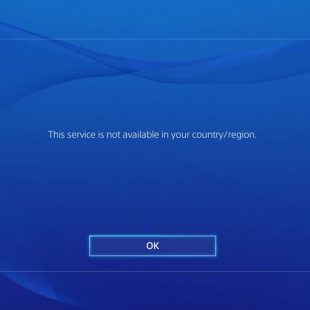 PS4 owners trying to access the PlayStation Store have been met with an error message after updating their systems with the version 1.60 firmware.

Sony, holding true to <a href=http://www.escapistmagazine.com/news/view/131931-Sony-Reveals-Gold-Wireless-Stereo-Headset-for-PS4-PS3-Vita-and-PC>previously announced plans, released the 1.60 system update today for the PlayStation 4. That being the case, reports have begun to surface that PS4 owners who have downloaded and installed the new firmware have, in turn, found themselves locked out of the PlayStation Store. Upon attempting to enter the store, users were met with an error message reading "This service is not available in your country/region."

To find out more about this issue, we got in touch with PlayStation tech support staff who said that "an issue has occurred with PSN and is being addressed." They also indicated that logging out and back into the PlayStation Network, a method recommended in the <a href=http://community.us.playstation.com/t5/PlayStation-4-Support/Playstation-Store-quot-This-service-is-not-available-in-your/td-p/42880703>PlayStation 4 support forums, would only have limited effectiveness until Sony "[fixes] the issue on the server end." That being the case, the support personnel in question stopped short of confirming that the PS Store problem did, in fact, stem from the 1.60 update. We've reached out to Sony for an additional statement.

All in all, it's an unfortunate moment for the PS4 to go through this kind of hiccup. In my case, and I suspect many others, I discovered the problem while trying to download the survival horror title Outlast, which is newly released on PS4 and free to PS Plus members. Thankfully, in my case, logging out of my PSN account worked. That being the case, it stinks to think that others might stuck waiting when all they wanted to do was play a new game.

This generation is just doing great. Glitches left and right. And they rushed the PS4 and xbone out before they were really ready so features that are standard on the last gen and many electronics today need updates to work. Its starting to pay off more and more to never be an early adopter, though, I'll admit, this glitch could've happened 2 years from now.

Even better: it's an update for some expensive headsets. The update page at playstation.com was going wild for them, so I can guess a lot of people are bummed that they downloaded an update to get their $100 headphones to work and found out the store is locked. Hope they got some other games to keep 'em busy until Sony fixes this.

Hint: Never download an update on the first day. For anything.
S

so not we even got bugs showing us why region locking is awful in the first place (and no publishers should never have control over it. you release it globally or not at all, stop pretending like your monopoly isnt enough). hopefully eventually we will be able to rid ourselves of this region discrimination.
C

Well... I'd rather have a software issue than a hardware one. Looking at you, early 360

I am not sure to laugh or to laugh harder.

Seriously Sony yeah you really did test this patch really well before sending it out the door didn't it. That and already at 1.6, it is going fast! By the time I buy one we are on 3.5 on this route.

Still at least there are updates there are added functionality. And the system is well designed for it. Ah how I remember the WiiU update of a delicious 4.2Gbyte effective. Day one even now that was a joy wasn't it. And if you bought the 8Gbyte model [7.2 left] then you had after it a huge amount of 3Gbyte of storage left.

At least this patch doesn't has such a broken weakness to it. The WiiU patch biggest weakness was that it took up so much space. This patch can be undone in a 1.61 patch! Or at least the restrictions removed. Sony done it before...

If the PS4 is anything like the PS3, that locks you out of a lot of it. Which is a serious flaw in the system, not your advice.

I did not encounter this bug and certainly went to the PS store yesterday (they added Outlast for free).

Is this widespread at all?


masticina said:
At least this patch doesn't has such a broken weakness to it. The WiiU patch biggest weakness was that it took up so much space. This patch can be undone in a 1.61 patch! Or at least the restrictions removed. Sony done it before...
Click to expand...

They said it was a server-side issue. If so, no patch should be necessary.

I wonder if it's widespread. I didn't have a single problem after the patch and I downloaded a free game.

Well it seems not to be as huge as the news makes out. Else this thread would be 10 pages long by now. Lucky then.

Mmm server side, I guess they didn't yet prepare the eshop in certain cases for the new update.

masticina said:
Well it seems not to be as huge as the news makes out. Else this thread would be 10 pages long by now. Lucky then.
Click to expand...

Yeah, we live in a world where ten people can sound an alarm and make tens of thousands of people think there may be a problem with something when it's just them or a very small demographic. Such is one of the many blades of the internet.

Mmm server side, I guess they didn't yet prepare the eshop in certain cases for the new update.
Click to expand...