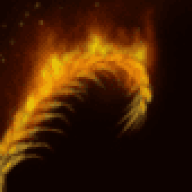 My 2nd question is about some of the biggest numbers associated with tRPG Tournaments...

a) Most Players competing within a single game?*
b) Longest running Tournament series?**
c) Highest value Prize payouts for top finishers/Champions?***
*Many tRPGs tend to have an ideal number of Players per game, and tourneys limit same.
**I do not mean a game which features a Regional or World tourney ever year or two, I mean a single Tournament run within a year, which is played for many days(or weekends) consecutively.
***General cash value equivalents are fine too, if mostly/all non-cash prizes were awarded.

I know! TheEscapist's owner is perhaps the foremost authority on tRPGs who inhabits these hallowed Forums. I already bothered him for one obscure bit of info. He's got much better things to do than dink around with the likes of me, I'm sure you would agree...