Redshirt Preview - Facebooking Across the Universe

Redshirt Preview - Facebooking Across the Universe

Boldy going where no social network has gone before.

This basis for this game soooooo reminds me of Space Janitors--Star Trek based rather than Star Wars based, of course.

It sounds like a Sims-style game that Yahztee could get into and start complaining about it's time consuming addictive nature (a la' WoW and the Sims) like he always does.

Redshirt also sounds like a game designed for, well, people who find their personal lives resembling the "Loser Caste" rather than the "Super Hero Caste". As such I wouldn't be surprised if it proves to be very, very popular with many Gamers.

So the whole point of the game is that you are worker #161262 and you're trying to become important enough to not be chosen for front line duty when the local equivlent of the Reaper invasion hits?

I really like this idea, I'd really love a Warhammer 40k Imperial Guard version of this. Tyranids are heading this way, kill enough Orks to be premoted off this planet ASAP.

Red shirts have to pay for their own meals? That seems beyond cruel, somehow...

I like the idea, but given I avoid social media, I won't be buying it.

On the surface, I had to chuckle at the idea behind this game. It sounds fun and like it will have a lot of tongue-in-cheek humor being poked at the sci fi genre and at series like Star Trek in particular, or others that have large casts of frequently expendable background characters. In that way it sort of reminds me of the Space Quest series and leaves me pining for the days when I'd follow the misadventures and shenanigans of Roger Wilco. (In fact if I was to play this game, that's probably what I'd name my character, or to avoid copyright issues, perhaps Woger Rilco...)

But looking past the setting and its potential humor, to me the game really doesn't sound like it's got a lot else to offer. At its core, this sounds like a souped-up version of one of those flash-based dating sims you see scattered around on sites like Newgrounds; the ones where you balance and juggle a job or taking classes or something with pursuing one of a selection of significant others, which you do by giving them appropriate gifts frequently enough, taking them to enough popular date spots, memorizing (or if you're like me, scribbling them down on scratch paper) enough factoids about your love interest to be able to pass a pop quiz, and so on. All in done the pursuit of managing your character's life well enough they win the heart of their significant other (and depending on the game's content rating, score with them) without getting expelled/fired/etc.

It's my opinion games like these can get addictive not really thanks to their quality, but because of their Simeon-like simplicity. Folks still remember Simeon, right? Hit the colored buttons in the sequence they flash? To me these games are like that, just with a lot more buttons. Hit the conversation button with your girl/boyfriend and make note of the tidbits they reveal about themselves, hit the job/class/etc. button so you do your work, hit the gym button/library button/etc. so you increase your strength, intelligence, etc. so your skills increase, hit the convo button again once or twice, then hit the rest button so you get enough sleep to be ready for the next day. Eventually you start hitting the date button too, and performing whatever additional mini-game comes with that. Do it enough times without screwing up your life and the affection bar fills up and you automatically get your woman/man while still staying in class/remaining gainfully employed. It's all about figuring out the pattern, the routine that will get you to your goal (namely third base and beyond) in the most efficient manner.

I personally wouldn't see this game as being much more than an occasional time waster. Its focus on social media could be seen as making a social statement about how prevalent the stuff's becoming to people who live in 1st world countries, but I'm not sure that -really- makes for entertaining gameplay. In fact, you could say its kind of sad that they're making a game that's about a virtual character's virtual-within-its-own-context behavior. Think about it: it's a game about managing a made-up character's online interactions. The focus, from this description, isn't going to be on playing your character as they respond to a call to fight off the mutant toilet bowl stains infesting Delta Station and other absurd and hazardous missions; it's going to be about making sure your character doesn't go "OMG, that mission was fail! What were they thinking sending us out there?!" where their supervisor will read it.

On this deeper level, if I can use that term to describe it, the game has a shallow, vapid feel to it. Much like how the dating sims it appears to be based from were mildly insulting in the way they turned a relationship into a mechanical process with a fixed outcome if you hit all the right buttons, this game seems to take the life and trials of a put-upon crewman and brings it down to being nothing more than a matter of getting enough "likes" and followers. I'm not sure if there's enough satirical humor in the star system to make that entertaining.

I like Positech. They always excel at doing fairly new things, even though these things are often a bit rough around the edges - case in point: Kudos 1 and 2 (which are probably closest to Redshirt in their style and genre). Sometimes it takes a second try or a few DLCs to make things work out for them - see GSB and Democracy - but it's undeniable that they have been getting better mostly when they tried to do something innovative rather than re-develop something they already had (GTB comes to mind).

The premise sounds both entertaining and humorous, and this is likely a game that I - being the huge fan of life sims that I am - will get.

Didn't Yahtzee make a game with the same general premise? Without all the social media, of course, but involving redshirts and exploring space and all that?
H 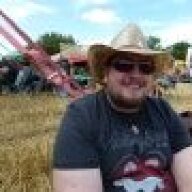 The game premise is fantastic, I cracked up in the Star Trek reboot when the first crew member to get killed was wearing red! I'm struggling with the Fakebook side of things though, it just doesn't sound as fun to me to make choices there rather than in proper animated interactions. I can't stand Facebook though so I'm a little biased.

Honeybakedham, I'm with Roxor I'm afraid, there is something different about a forum for giggles than a site that connects everyone you know and then using that as a tool. Don't know if I'm explaining myself very well.

as an aside, how do you quote mid post? Or can you?

Forums aren't social media. People don't complain about you not posting on them. Also, forums aren't generally used for gossip (or at least the ones I've been to aren't).
H

Forums aren't social media. People don't complain about you not posting on them. Also, forums aren't generally used for gossip (or at least the ones I've been to aren't).
Click to expand...

I think your definition social media might be a tad narrow... but at any rate, it was meant in good humor.
G

THIS DEVELOPER, MITU KHANDAKER, SUPPORTS CRONYISM AND BRIBING FOR GOOD PRESS COVERAGE! DO NOT BUY!