I have the guaranteed way to get you back into gaming.

Stop playing them. Get a hobby. Go running. Work out. Learn Spanish. Paint. Draw. Read a book. Write a book. Just don't play games for a while. Probably for several months. Maybe a year, if your truly tired of games. Keep watching Lets Plays if you want. You're mind doesn't want games right now, and that's fine. Find other things to do, and comeback when something big happens.

Fox12 said:
I have the guaranteed way to get you back into gaming.

Stop playing them. Get a hobby. Go running. Work out. Learn Spanish. Paint. Draw. Read a book. Write a book. Just don't play games for a while. Probably for several months. Maybe a year, if your truly tired of games. Keep watching Lets Plays if you want. You're mind doesn't want games right now, and that's fine. Find other things to do, and comeback when something big happens.
Click to expand...

Going to second this, Gaming is kinda like any comfort, you spend too much time on it and your mind just kinda calls it quits.
Especially if you are trying to do something hard like get an S-rank on "Hellbound" in MSG V.

Mother of god, Why am I forcing myself to try and get the S-ranks on the first attempt? X_X

I tend to pursue other hobbies, playing bass and guitar, reading, rock climbing and rambling mainly. I sometimes find that I have gone weeks without sitting down and playing a game, we could all do with a change every now and again. Just find something else you might enjoy.

Randoman01 said:
Not really interested in getting a new hobby since I know a lot of people who play games as their main hobby. I'm just interested in breaking out of a video game fatigue.
Click to expand...

The point people are trying to make is that if you do something else you'll probably start wanting to play games again after a while.

Plus getting out a bit is good for you.
H

Yeah, doing something not video gamey is helpful. I've been doing a lot more GMing lately with some friends, and the Fantasy Flight tabletop star wars roleplaying system. It's still "gamey", but isn't video games.

Personally though, I've never become totally tired of playing video games entirely, I just get tired of certain genres. If you notice a trend in your game library, and that these same types of games keep boring you, try a different game. Something outside your normal routine, that usually works for me.

I've been pretty much burned out since about the middle of last gen. For every new title I've actually played for more than an hour, an old title I've finished many times over has gotten another full play through (or 5). It's partially a subconscious thought that brings me back to old games. And I, too, tend to watch LPs very often.

The combination of the news currently surrounding the industry, the lack of AAA creativity, the fall of many of my once-favorite franchises, and my own personality[footnote]I like replay-ability in games, but I sure don't like the addiction-fests mobile and many free to play games offer.[/footnote] have put me in that mindset. It hasn't bothered me much. I get more entertainment reading about what is going on in the gaming world, while I wait for the rare title that catches my eye (or the industry to change, at least a little, for the better).

From my own experiences, I second the "comfort game" idea. Find some games you haven't played in a while, that you know you love. Something that is easy for you to pick up, something familiar. Otherwise, simply take a break from games for a couple weeks. Refresh your mind. The amount of games you've tried in a short period of time may have you feeling burnt out.

I don't really know what is happening to you to lose interest in games, so think hard about what we are all suggesting. Another warning, no matter what you do to try and break the fatigue, is to pace yourself. Don't jump onto too many games/shows/books/mangas/etc. at once.

Consider switching genre (I mean, game genre). Try stuff outside your usual gaming experience, so it may give you a rest.

I usually go through a fairly predictable cycle: I scan the Steam library, possibly try out a few games there and become bored in around half an hour, slowly sink into depression over the course of a few days, communicate with diminishing frequency, open and close the same tabs around one hundred times in twenty four hours, eat or stare out the window to pass the time, think about where my life is and why it isn't good enough, check my watch to see if it's time to go to bed yet so I can dream of being on holiday on another continent, check out what's going on in the world of news, feel more depressed, check out what's going on in the world of porn, fantasize about that really impressive build I had in Minecraft a few years ago, draw for a while or listen to some music, rinse, reshuffle and repeat until I manage to get through to the other side.

I sometimes prefer to lie outside on the grass and fall asleep face-down. I'll usually stay there for several hours before a bug crawls into my nose and throws me off.

What I would do is go to a place where I can find older games for cheap and stock up on the games that passed me by. When that fails, I pick up a game that I got into and try to finish it or just start over from the beginning. Other than that, there's always spite. Just think to yourself...ya know...who does this game think it is? It thinks it can just exist and not engage me? Who the Fuck gave that game the right? I should beat that game MYSELF. This mind-set got me through Final Fantasy XIII. 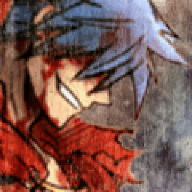 This usually happens to me when I keep playing the same genre of games over and over again. It's why I started playing Fighting Games. Once you vary the games you play it's hard to get bored again.

Stop playing. Eventually you'll miss it and come back to a game you enjoyed and then you'll want to try something new. 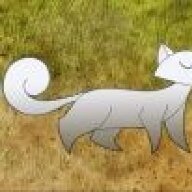 Getting fatigued with games usually means you've lost a sense of investment.

Everyone plays games for different reasons: Experiencing new worlds, being challenged and overcoming said challenge, creating feelings of dominance, gradual progress, ect. This is going to very strongly define your taste in games. The thing is, just as a person's taste in foods can change as they get older, so can their taste in games. As others have said, you may need to try out new games, but the important bit is that you're going to need to drastically rethink the sorts of games that you enjoyed.

I went through a bit of a shift roughly three and a half years ago. I used to be more into "immersive" and "meaningful" games. I also liked things that were sandbox and open world. I liked the breadth of experiences that they provided and the sense of wonderment that I'd get, but I gradually found myself having a harder and harder time doing anything other than playing for half and hour and going "huh, neat idea I guess" before I had practically given up playing video games. I didn't really feel much of a reason to play.

What got me out of the rut was picking up Counter-Strike. I was absolutely atrocious at it, but when I saw people play well, I'd be driven to try and improve. Before long, I was invested and could play hours on end without even blinking. It wasn't really even "fun" in the traditional sense until I had gotten a thousand hours in and could start destroying people, but I never got bored playing it. These days, I've started to pick up Guilty Gear and Streetfighter as well as the Souls games and Bloodborne, games that make me feel like the hours I put into them translate into personal improvement. It's a great feeling. I've dabbled in more story driven experiences here and there, but I'm primarily driven by games with tons and tons of room to improve.

On that note, here is what I would suggest: think of the last three or four games that you really enjoyed, and then try to find something that heavily contrasts it. I could make suggestions, but it's all kind of dependent of what you used to enjoy.
Show hidden low quality content
You must log in or register to reply here.
Share:
Facebook Twitter Reddit Pinterest Tumblr WhatsApp Email Link
Top Bottom