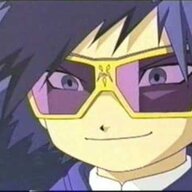 I played PS2 Anti-Reg. Just beat the game, compared to the first, mildly disappointed. I'll do my best to remain spoiler-free, I don't know how to use Spoiler tags.

Firstly, the Debate and Switch. http://tvtropes.org/pmwiki/pmwiki.php/Main/DebateAndSwitch They go to all the trouble of introducing an interesting controversial issue of the Superhuman Registration Act, it's like the selling point of the game. And then the whole affair disappears as soon as the next world-wide calamity strikes.

Completely ignored first game - We were given a teaser about the Black Widow and Galactus. G makes no reference in this game, and we see Black Widow casually taking target practice at the base, even chastising us Anti-Reg for our actions.

Shorter game, not as story-driven - Playing through one side nets you about 4 levels. I love story in a game, so I have my ol VCR record all my fav story bits when I play. In MUA1 I filled one and a half 8 hour tapes. MUA2? About 3 hours. There aren't many characters involved in the cutscenes in main roles. MUA1 had a great evil plan using bad guys ranging all over the Marvel-verse, (and like the best evil plans, it really sounded like it could work).

In MUA1 you got to talk to characters in-base, about the current story, their life-history, I loved it. Not to mention the over-arching Black Widow Mystery Side-quests. There are no Side or Optional Quests here, no suspenseful mystery, and very few characters in base to talk to.

Lack of Emotional contact - In MUA1, you are literally forced to make a deal with the devil. I was pretty surprised when it happened, no matter what you do, you lose. With more writing, there was more characterization and I felt more immersed in the world. Not to mention one character is playable and very much fine, and no mention of the other character.

Less funny writing - MUA1 is where Deadpool introduced himself to me, and I fell in love. Besides that, Spidey, my first love, also had some great lines. One of my favorite features of MUA1 was the Voice-Acting and Additional Character dialogue in-level. That's been virtually erased here. In one level when I go to face Iron Man, he specifically notes that Captain America is not with me. I double-checked to see if I would've gotten a scene otherwise. I found out it's because Cap is unavailable to play at that time, thus forbidding me from getting a different response. Kudos for allowing Deadpool to break to fourth wall, but still, his dialogue seemed pretty.. rational for him. I did love his Idle though!!

Behooves you to pick one team and stick with it - It gives you all these great characters, but once I found a team I was comfortable with and starting upgrading its stats, I had no reason or incentive to try other characters out. Also, in MUA1, Unlockable characters like Blade and Ghost Rider were part of the story. Black Panther and Daredevil were acquired by finding their hidden action figures. Dr. Strange joined us when we rescue him. Here, we get six unlockables, all the same way, by earning enough points through Bonus Missions.

Not much of a challenge - For me, toughest battle was Boss of Level 2, and became easier once I figured out to use the Pop attack and how to avoid the explosions. Didnt require any strategy for anything else.

They made me do math!! - Yes. When I'm playing a video game about Comic book superheroes, I've been waiting for a minigame where I need to take out a pad and paper and scribble some algebraic equations. Wasn't keen on the hacking minigame either. I loved the classic arcade minigames in MUA1.

Can't give orders to your team, kept tripping over them.

PS2 version can not upgrade/change outfits. Also, doesn't seem we get the "Team Boosts" when you have a specific four characters together, such as the Fantastic Four. No "Heroic Deeds".

MUA1 really rewarded exploring. We get to return to good ol Stark Tower, but most of the fun characters there are gone, none of the hidden power-ups are there, and we don't even get to use the hidden passageway. Weirdly, In Gambit's bonus mission, there's clearly a hidden area behind some broken boards. You go through, there is nothing there, just a waste of time.

Game had more bugs than any game I've ever played.

The Good-
Thor was a lot more fun with his kicking lightning powers. Jean Grey and her Telekinesis was one of my favorite new additions. The Fusions were pretty cool, but since I kept the same team all game, I dunno if I got to make the most of them. Story was pretty good, I just wish there was more of it. Settings and Worlds were lovely. 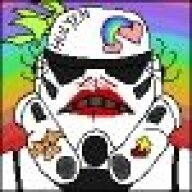 I'm tempted to try out this game - I played through a bit of the first one with all intention to play through it one of these days as I did enjoy it.

One question...did Doctor Strange make the cut to this game? I'll be super sad if he didn't!

Hulyen said:
One question...did Doctor Strange make the cut to this game? I'll be super sad if he didn't!
Click to expand...

Wow, been watching the PS3 run through on youtube and I'm able to see all the beautiful things I've been missing. Bosses like Deadpool, Lady DeathStrike, Bishop, giant robots.. Stan Lee's cameo.. Much better writing, including visual symbolism, funnier jokes, and more in-depth discussion. I finally get to really *meet* characters like Songbird and Luke Cage, characters I've never heard of outside this game. Dialogue trees that appear unique even to each character! Even the backgrounds look more beautiful. Why have us PS2 people been so denied??!!
Even a fight against a boss that's in both games, YellowJacket, the PS3 fight is more.. hands-on so to speak.
A lot more cutscenes and voice-acting. The final battle seems considerably more epic!

Hulyen said:
One question...did Doctor Strange make the cut to this game? I'll be super sad if he didn't!
Click to expand...