"Oh, you can go pick it up, still over in the corner over there," pointing in the vauge direction of the medic's set up "and why should I concern myself with a problem that has no relation to me." grumbly responding to the request brought up. "Don't get me wrong pal, even though we're both eagles and sh*t like that. I do my own thing, and I'm perfectly content with my current situation."

Tam sighed and waited. She waited for pricisely 30 seconds. She then decided that waiting was completely stupid stuff for stupid people with stupid minds. Tam decided that she should do a few things instead. Such as beating the crap out of people.

She went outside, into the neutral area between factions. She looked around for a possible victim.

Tam saw such a victim. He looked like some neutral, just another lost child in a world where the lost are not allowed. Perfect.

She walked over to him, and then kicked the guy in the stomach. He tried to fight back, but Tam was too quick. She headbutted him, stunning him, then scratched his eyes out. As he screamed for mercy, she finished him off with biting off his lips. After that, he passed out and died.

She continued like this for a while, until she decided she had enough. She had found a bit of junk on their bodies, but she found some good things. A hand cranked battery charger, a large knife and a doll. She thought she could probably find some parent who would give something useful for the doll. Funnily enough, it still talked.


I was thinking, we should use this as a thing for loot.

'my only bonus is getting paid because I frankly love these deliveries' Carl left the bar and walked to his quadbike, he put on his knife knuckle dusters and picked up his spear, unlike everything else in the street this spear was polished to a mirror shine, he strapped his spear to his pack and got on his quadbike 'hope you can keep up' his quadbkie reached up to 30mph with in 2 seconds, it rocketed down alleyways and when turning corners went on two wheels 'WOHOOOOOOOOOOOOOOOOOOOOOOW' Carl shouted while driving like a maniac, Carl started driving up to a ten meter gap of the bridge he got onto He pulled out his spear and hit the ground behind the quadbike with all his force, this caused lots of sparks to be produced and the quadbike to do a back flip over the gap, after he jumped over the gap he stopped to see how Hallas would tackle the gap.

"I'm working on a sentry. Built its skeleton, gonna work on the rest of it later." looking back at the sentry and then over at the other Eagle. "But I believe I haven't introduced myself, my name is June Holiday, and you might you be." taking off her goggles to reveal her sapphire eyes to the other eagle. 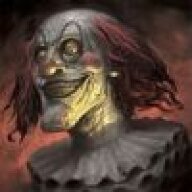 Hallas emerged from the bar into the light, he shielded his eyes at the glare.

He recovered just in time to see Carl jump a small gorge down the road, he heard his challenge then walked towards his own vehicle, his blue eye-tech steam bike, He swung himself onto it smoothly, then started the engine with a swift kick to the starter pedal he moved off down the road, the bike making low rumbling noise.

Hallas stopped in the middle of the road facing the jump, he winked at carl then revved his engine three times and raced down the road, head down he approached the bridge.

A few metres before the gap he sat up off his seat then bounced down hard on the back wheel, the suspension strained, as it bounced back up he leant forwards violently, the bike sailed into the air, did one smooth flip forwards then landed on the other side hard in a cloud of dust and steam.

"HAH HAH! woohuey, haven't done that in a while I can tell you." He shouted over to Carl, panting from the adrenaline.

Carl smiled smugly 'oh my friend this is just warming up for me, every day I drive into hostile territory I have to make sure that my quadbike is up to what I want it to do' carl rubbed dhis hands together 'I have taken a lot of paths into green territory, today I feel like the roof tops will be my road, what to you say?' 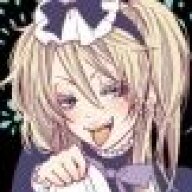 Skye stood with her back against the wall, straining to listen to the conversation outside. It was dark and boring in this room. It made her nervous. She held her knife in her hands, turning it slowly. At best she could only hear bits and pieces of the conversation. It sounded like another girl, maybe the medic, but heavier steps had followed her light ones. Heavy like a Red. A male Red. Skye cursed under her breath as she tried to find some crack or hole to watch the scene.

"I am Jacob, look, I need as much help as I can get. If you know of anything that can help me, it'd be greatly appriciated. The Jewels are hunting me and a young girl and as a fellow Eagle, you could at least point me in the direction of someone who can help, are you really gonna let a little girl die because you couldn't be arsed to help?" Jacob was lying of course, there wasn't anything 'little' about Tam, he was trying to appeal to the mechanic's 'nice' side.

"Look, for all I know, you could be actually refering to her," pointing at the medic "or your actually talking of someone else." giving Jacob her glare. "Besides, why should I trust a man." she slowly laughs. "The only way you might get my attention, is if you provide me something that can get my attention. If you don't have anything, then I have no business with you." as the medic finally obtains all her things. "Now if you'll excuse me, I have a sentry to finish." leading the two out the door of the shop.

"Good luck Mouse." she says to Jacob then looking down at the medic "You however, are welcome to high tail it back here whenever you need." nodding down at her and then finally shutting the door on them, locking it with her wrench.

Opening the eye shutter "I wouldn't be building anything if I didn't know what I was doing little girl." she replies through the door. "I build because I want to, and what I seek is more parts to build with." her eye's seaming to glow with passion. "I don't want to fight unless I have to." shutting the eyeshutter once again.

Walking back to the back door and unlocks the door and opens it slightly "I think they'll be leaving now." opening it all the way for Skye.

[small]"Great, it was getting a little stuffy in there. *laughs*"[/small] She made sure to keep her voice down as she dusted off her clothes. [small]"Don't I look dashing as a Red"[/small] she turned to a mirror and started flexing and pulling silly poses. Finally she settled down and smoothed her hair. "Who was the guy with the medic? I could hear and feel his boots shaking the floor." 'What are the chances that was the guy I was looking for?' "Oh and thank you for not handing me to whoever that was on a silver platter. I doubt I could fight very well in this room." she smirked, poking at a pile of gears.

"How come she always referred to you as little..." Jacob placed his hand on Mongrel's head. "Anyone can see that you are older the what could be referred to as 'little', at least in your mind." Jacob shrugged and took his hand off her. "People always judge by appearances, silly isn't it? As for the tech, I do not know to things about technological things so I'll take your word on it."

Taking her place back at the sentry as she starts to attach the small engine to the sentry. "The medic was called Mongrel." grumbling at the name "The man that was with her was named Jacob, and he said he was with a girl." looking up at Skye "I guess you'll want to head out asap?" then returning to attaching the engine. "Success. It works."

"Medical training? I am fine, medical training wouldn't exactly work for someone of my... Abilities and goals, shall we say. We should get back to Tam, she's probably ignored what I've said and gone of somewhere." Jacob got on his bike and drove back. "How old are you, exactly?" His hair blew in the wind, getting in Mongrel's face.
Show hidden low quality content
You must log in or register to reply here.
Share:
Facebook Twitter Reddit Pinterest Tumblr WhatsApp Email Link
Top Bottom