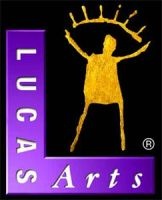 At least three seperate, anonymous people have reported that some number of the LucasArts team has been released, ranging between 50 and 100 employees.

These cuts came from both the publishing and development sides. Production Services, including Quality Assurance and Compliance staffers, are expected to be outsourced, whereas developers, namely programmers and artists, will simply be cut.

One informed Gamasutra commenter claims that, whether Ward was forced out or resigned, he escaped from a strained relationship with upper management.

"One thing is clear and that is Mich (& company) was unhappy with [Ward's] delaying of the Force Unleashed and Indiana Jones titles. They also didn't trust his numbers for increasing expected sales as a basis for delaying the game," vented the unnamed informant.

The poster continued to claim, "There are some that believe that more money can be made by licensing the SW and Indiana Jones IP to third party developers than through in-house development."

Internal corporate confusion could have also been a contributor to LucasArts' departure [http://www.escapistmagazine.com/news/view/83932] from the Entertainment Software Association. Whether membership fees or a lack of faith in leadership were the cause, these more immediate personal problems probably took precedent. Microsoft's Robbie Bach suggested [http://www.escapistmagazine.com/news/view/84211] similar circumstances may have inspired the Activision and Vivendi withdrawals. 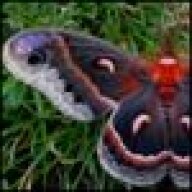 After a rocky several years, LucasArts began recruiting HEAVILY about two years ago, maybe slightly before. They were pulling in developers like crazy. That amount of instantaneous hiring is rarely a good sign; conditions supposedly had radically turned around prior to their hiring blitz, but this kind of a bust is not too surprising given how heavily they've been recruiting over the past couple of years. Unless you have very specific reasons to be expanding, that kind of fast growth is highly questionable and rarely stable. Very disappointing, nevertheless, to see that many let go at once, if it's true.

Lucasarts...Years ago, you made amazing games in the Interactive Fiction Wars; now I beg you to help me in this struggle against the generic, brown, and recycled game design doom we all face. I regret that I am unable to present my request to you in person; but my ship has fallen under attack and I'm afraid my mission to bring you to Alderaan has failed. I've placed information vital to the survival of the rebellion into the memory systems of this R2 unit. Tim Shaefer will know how to retrieve it. You must see this droid safely delivered to him on Alderaan. This is our most desperate hour. Help me, Lucasarts; you're my only hope.