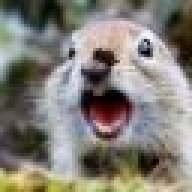 Battlefield 3... I always said that it would be very beneficial if you make the player count on consoles a little larger, like 32 players...

I guess you really have no choice. EA will keep telling you to up the player count because EA wants sales. And to be honest, it would be in the common interest of any sane console player. 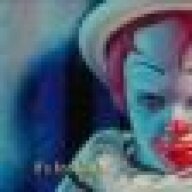 the maps in all the COD games so far have been too small. They need to make better maps if they are to make it 32 players. I think cod needs to focus on what it does best, tight maps with focus on the individual soldier,

Looks fake, but if it were true, it might actually make me reconsider not buying the game.
32 players could make things a little more interesting...

A game that's actually about large scale battles has a lower max player count than a quick deathmatch shooter. Really now? Awful grammar makes this rather dubious though, for BF3's sake.
Click to expand...

But...BF3 will support 64 players by default, and over 128 with custom server settings...
Click to expand...

The consoles will be stuck on 24 my friend. I didn't know about the 128 setting on the PC, that's pretty friggin' awesome.

Cowabungaa said:
The consoles will be stuck on 24 my friend. I didn't know about the 128 setting on the PC, that's pretty friggin' awesome.
Click to expand...

Oh. Well that sucks for the console owners. Though I suppose if you play on the smaller maps it will be just as fun.

And yeah, DICE says that they've actually tested the game with 256 players, and it worked out well on good hardware, but they said they're keeping the 64 player defaults because that's what the maps were balanced for, and that's what was the most fun in testing.

I think it's fake, but if it's true, they might be into something good for once, I haven't had a CoD with 30 players since I played CoD on PC... such good memories.
Click to expand...

yeah, which strikes me as bullshit that CoD4 could be set for 50 players in a server

32 players? Not without dedicated servers.

And since they already made great bones of dedi-servers on PC I find it hard to believe they wouldn't mention that 360 and PS3 would have them as well.

NZpablo said:
the maps in all the COD games so far have been too small. They need to make better maps if they are to make it 32 players. I think cod needs to focus on what it does best, tight maps with focus on the individual soldier,
Click to expand...

I remember playing COD4 on PC with customer servers running with FIFTY PLAYERS!! Boy, was that a clusterfuck. Constant air-support, deafening and unending fire from all direction.

Though it actually worked well with World at War, that had pretty big maps with pretty crappy weapons.

Deadlyveggie said:
Doubt it, present consoles aren't powerful enough It will probably only be on PC

Saying that, game companies can only file copyright claims if it's accurate information (in most cases). Info being forcefully pulled by developers usually denotes that it was on the mark.
Click to expand...

Consoles are fine, the problem is the Internet.

With client-hosted games 24-players is the absolute limit, and 18 is much more realistic.

To get a larger player number than that, you need a server dedicated to the job, and it needs to be placed at a strategic location within the network. Consoles CAN do that, it's just publishers are too shy with their money to invest in servers and they won't follow the PC model of just letting fans of the game rent servers out of their own pocket to do with the slots as they please.

Look at PS3's much overlooked MAG. It had 256 player games, but it was only possible because Sony is (unlike most publishers) used to making massive hardware investments.

teh_Canape said:
yeah, which strikes me as bullshit that CoD4 could be set for 50 players in a server

Yeah, I hear you, I got nothing against consoles, but the way Devs disses anything that can't work on a console is sad...

I remember having 5 different weapons in Medal of Honor Allied Assault.

I remember having big maps with several vehicles to explore and lots of players in Battlefield 1942.

I remember Health bar that made you explore the map through in order to find some health pack and take care of yourself like in Call of Duty.

I really miss all of these... 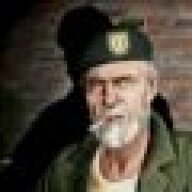 Wow, that's, like, HALF of what Battlefield 1942 could do! Awesome! 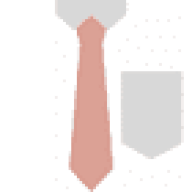 Their maps will still be tuna cans. The gameplay will still require no strategy, skill, or teamwork. 32 players, so what? As MAG very clearly showed us, MOAR players doesn't automatically make a better game.

Until they learn good map design and good balance, they can cram in all the players they want. It won't make the games any less mind numbing.

teh_Canape said:
yeah, which strikes me as bullshit that CoD4 could be set for 50 players in a server

Yeah, I hear you, I got nothing against consoles, but the way Devs disses anything that can't work on a console is sad...

I remember having 5 different weapons in Medal of Honor Allied Assault.

I remember having big maps with several vehicles to explore and lots of players in Battlefield 1942.

I remember Health bar that made you explore the map through in order to find some health pack and take care of yourself like in Call of Duty.

I really miss all of these...
Click to expand...

Yeah those are the FPS games of my childhood but they'd be boring now. Variety is the spice of life.

Imagine a huge game, massive maps and loads of players. The lag would be immense. Unless you went dedicated but no one will for consoles.

Imagine a game with 5 guns. No unlocks or anything. Lots of people need the unlocks to keep them playing. A sense of achievement.

Imagine a modern shooter with a health bar and health pick ups all over the ground. With today's difficulty level you'd spend so long running around for medkits shooting the baddies would only be half the game.

Yeah this stuff ruled 10 years ago. It wouldn't rule now.

I don't agree with that, I don't find any of them boring nowadays, and I would be playing them if there were any server online, I swear. Having more people certainly leads to lag, but if BF1942 could manage 64 players, what changed today that we can't? I have to say though, I used to play BF 1942 with 32 people with no lag as long as all of us were from the same country, or neighbour countries, now, with matchmaking, auto connection to servers, that season is over. I agree that it made it simpler to average users to plug and play, by no means I think of this as something bad, I think it's bad that large maps and players for those who wanted them are no longer available.
Having more guns on your arsenal at your disposal has nothing to do with unlocks; but before continuing with this, allow me to talk about unlocks; I think they're implemented with a mindset as corporative as facebook social games. All the unlocking is not bad on its own, but requiring players to devote their time to a certain game in order to get the guns they want, to be a lv 70 soldier and recently finding out which equipment fits the player the best is atrocious. Using unlocks as a method to keeps players playing those games is also a corporate strategy I despise, if a multiplayer is good, then there's no real need fro progress to make it better, or durable whatsoever. Take Counter Strike, or Quake 3, where the only purpose to play online was to have some fun. The way unlocks are used it just to keep the lambs coming back to get a little more grinding on their skins...
Back to the guns, unlocks got nothing to do with how much arsenal you run around; Medal of Honor Allied Assault lets you have every weapons of the same cathegory if you want to, regardless of unlocks, having 2 pistols a Garand and a K98 Sniper if you felt like it gives the player more freedom of choice than the current systems. Okay, it's not realistic at all, I'll give you that, but neither is to suck your thumbs to restore health, which brings me to the next point.
Current health system again, is not bad, but what is bad is that pretty much is the only choice in today's games. Health regen might be great for run & gun games like current Call of Duty games, Halo or those of the sort, but a Health bar and no regenation could totally give a different game experience, like taking better care of yourself now; having groups with a medic on them, actually fulfilling their role. I know I'm being a romanticist with this, but I think that there should be a place for all kinds of games, you like the new stuff the most? Be my guest, knock yourself out. You also should have a place if you like more strategic-teamplay-based shooters with all the things I mentioned above, or I cannot begin to imagine a good hybrid of both old and new school of shooters, who knows, let's hope I live to see the day it happens.

This came out longer than I expected, I don't mind if you tl,dr me Olikunmissile, I think I overreacted a little, but by no means I try to bash you or diss your commentary, I just don't agree with you, and if you can't agree with what I just said, well, it's just the way we people are, no biggie. Laters.

I really hope 32 isn't the new normal. Black Ops and MW2 has ground war(so 32 players isn't really a feature to be surprised about, the past two games have had it), and it's a lagfest and a fucking half.

Stick to 16 if you don't want everybody on your ass IW.
L

Doesn't anyone remember the maps from World at War? Compared to Call of Duty 4 and MW2 they were pretty huge. I remember playing Seelow and Airfield and having a hard time finding people to take potshots on even if there were more than 24 players. Those maps even included tanks, at least Seelow did. Ah, good times.

There is nothing that really hinders Call of Duty to have bigger maps than Shipment, if anything I welcome this news and crosses fingers that they are true.

i think that its based on a private match option, taking cod size maps and adding more into an already hectic ground war would be too much.

Oh man this is rich. I've been constantly hounding on Battlefield for only having 24 player max count when it's supposed to be a massive battle simulator and CoD gets more.

Battlefield has just been looking more and more shit the more I hear about both sides. The only place it looks to be better is the PC but is by all means looking like total crap for the consoles. So nothing stopping this site and it's PC favoritism community from continuing bashing on CoD but they're only gonna be deluding themselves. PC is 1/3 of the total game (1/4 if you count Wii).

CoD is looking 2/3 better than Battlefield 3. By a lot.