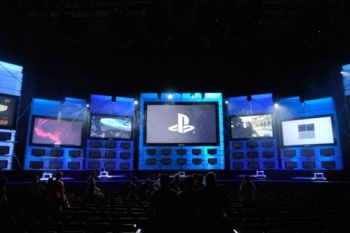 An "exemplary, 100 per cent concrete, ultra high level" source claims that Nintendo, Microsoft, and Sony will be revealing new consoles this year.

According to UK-based tech trade site, MCV, Sony is set to reveal a follow up to the PlayStation 3 at the next Electronic Entertainment Expo in June of this year. As with all rumor-reporters, the site refuses to say exactly who has brought them this choice information, but promises that it comes from the most reputable of sources.

"Obviously we can't reveal our sources," tweeted Ben Parfitt, an MCV writer. "But you have my personal word on this - the source is exemplary, 100 per cent concrete, ultra high level." Later, he added: "Really, really wish I could name him/her/them/it but obviously cannot."

The report also claims that the next Xbox will be showcased as well, making it more likely that MCV's source is E3-based (if real) than from within Sony. If true, then this year's E3 will be the first time in the expo's seventeen-year history that three major, rivaling consoles will be shown simultaneously.

Originally, Sony had announced on numerous occasions that it would be keeping PlayStation 3 for a ten-year lifespan. Somewhat recently, however, it also told Eurogamer [http://www.eurogamer.net/articles/2011-11-23-sony-it-would-be-undesirable-for-ps4-to-launch-significantly-later-than-the-competition] that it would be "undesirable" to launch the PS4 much later than the competition. So, with the Wii U already confirmed, and the next Xbox all-but confirmed, perhaps it wouldn't be a major stretch to believe that, at the very least, this is a possibility.

no thank you. I sense another PS3-launch disaster followed by a ton of red ink if they launch within the next year or so

If this is true it is simultaneous great and shit decision.

Considering the massive loss both companies took on the current generation, I predict that the new ones wont be much better in order to save money. Unless Metal Gear Solid 5 comes out for the new Sony one, I might skip this generation all together. 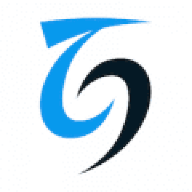 Wow, that seemed fast. I almost regret buying one for college (already had one at home, but my brother and I shared it, so I needed one for while I'm away). Oh well, who knows who will take the lead these days.

I thought Microsoft said end of last year that a new console announcement was a 100% no-no, nuh-uh, definitely not scenario?

First next-gen console to offer backwards compatibility and no region locking will be the one I buy.

I honestly don't care about XBL, or PSN, or friend codes or Netflix or any other 'extra content', give me a large range of good games and you have my money. 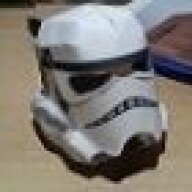 I can't see Sony coming with a new console within the next year, having just put out the Vita. And something tells me that Sony is a bit wary after the, to put it mildly, fumbled release of the PS3. Microsoft on the other hand have been making steps along the lines of a complete entertainment center with more and more services on the XBox and talk of more integration with Win8 on desktops and mobiles. And with Kinect I could see the next XBox as the central family entertainment hub, both for movies, tv and games.

And if we see a PS4 that only means that I can gobble up a ton of cheap PS3-games that I've missed. Can't complain ^^ 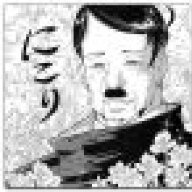 Showing a new ps doesn't have to mean they plan on releasing within the next year. It could be a way of giving dev's and customers an idea of what their packing to make others want to wait for it, and not jump on the first next gen that appears. I dont think theyll make the same launch mistake as with ps3.

It couldn't conceivably be out this year. Maybe holiday 2013. Also, I don't foresee Sony being smart enough to not put out an overpriced system. The PS3 and Vita were hurt massively by their prices. If they do it, it will simply be because they are afraid of what the WiiU is offering up to gaming audiences. Time will tell though.

Also, I know where this thread is headed from past experience. No, no one wants to fight over which one will be better, or cheaper, or appeal to gamers more, etc. I'll be happy to see something that will allow my PC to be pushed, since console games have held back PC development for so long.

I figure if nothing else they (Micro/sony) will announce or tease at their new consoles in E3. They just don't want Nintendo up there on the stage hyping up the WiiU while they talk about like a move motion+ or kinect hat addon or something.

If the rumors turn out to be true that is....then it's full TW-style rant time.

This is about as true as the 2012 apocalypse.

Things are clearly looking very, very good for Nintendo right now. Making the other companies with a decided 'no' shake in their boots and reconsider their move.

Can't wait to buy my Nintendo Wii U this year. After my purchase of a PlayStation Vita this February.

Mike Kayatta said:
Originally, Sony had announced on numerous occasions that it would be keeping PlayStation 3 for a ten-year lifespan. Somewhat recently, however, it also told Eurogamer [http://www.eurogamer.net/articles/2011-11-23-sony-it-would-be-undesirable-for-ps4-to-launch-significantly-later-than-the-competition] that it would be "undesirable" to launch the PS4 much later than the competition. So, with the Wii U already confirmed, and the next Xbox all-but confirmed, perhaps it wouldn't be a major stretch to believe that, at the very least, this is a possibility.
Click to expand...

"10 year lifespan" doesn't mean that it'll stay on the forefront of their product palette for all that time, they're still supporting the PlayStation 2 after all this time although games are getting rare(er)...

That said, I will likely buy neither of them, as much as I skipped the last 2 "console generations", but my gaming PC has been "ready" for about half a decade so I can only hope this is finally going to happen...
Click to expand...

Exactly, I mean for the first 1/2 years of the PS3 release the PS2 was actually still threatening it's older brother and arguably having better games released.

Heck it was yonks before the 360 managed to outsell the PS3 in Japan.
W

Once again, they have taken the bait. Nintendo executives are folding their hands in ill-gotten pleasure.