Gamers have a thing for comparisons. Any MMO is described as trying to be World of Warcraft, any TPS is said to be a Gears of War clone, any FPS is actually aspiring to Halo, and any sandbox game is inevitably going to be compared to one, or many, of the Grand Theft Auto series. Since it is par for the course, and an unspoken requirement, I will continue to ignore it and move onto the important part of the review.

Saints Row 2 is third-person sandbox game made by Volition, powered by GameSpy Arcade, and graced by the Havok physics engine. The game follows the story of an up-and-coming gang member; once an illustrious second-in-command to the Third Street Saints, and now a fresh-out-of-prison member of the all-departed Third Street Saints. Out in an explosion-induced coma, and believed to have come down with a terminal case of the dead, is back and ready to conquer the city all over again.

http://images.bit-tech.net/news_images/2007/09/saints_row_2_unveiled/article_img.jpg
The story follows the second coming of the Third Street Saints, ready to conquer the city from the ground up. It's been a few years since the first romp through Stilwater, and things have changed. The old gangs are still dead, and new ones flashing oddly familiar colors have appeared between then and now, and it's up to... the character whose never given a name... to build the Saints back up, and put all of the other crews down.

Oddly enough, the explosion has not hampered your character significantly, aside from slightly affecting his (or her) hair, and giving him/her a very out-of-character talkative nature. The game feels very familiar, almost like it were a graphical overhaul of the first Saints Row. In a lot of ways, it is the same game for a newer audience, and a chronologically later story. The entire city has changed, and your character is thrust in it just as suddenly as you are, so feel no abrupt need to play the first if you haven't already.

Along with the old cast of guns, vehicles, and homies, you also gain an extended cast of the previous, as well as motorcycles, helicopters, sceptic trucks, and clothes. Much of the game maintains the old-style of play that the first game boasted, but slightly cleaner and more composed. The only major change, aside from items and cars, is a dual-wielding system, and an aiming system, which slows your movement but refines your aiming reticule. For the non-Saints veterans, if you've played a sandbox game before, than you understand the format at play here. There's not a lot of variance to the basic understanding of how Sandboxers work, so you won't really be washed up in it.

http://www.oxmonline.com/files/u14/saints_row_2_screens-29.jpg
The feel of the game, especially where dialog, screwiness, and writing is concerned has maintained its old charm, and plays a lot like the awkward child of "gangstah" parodies and Godfather-style gangster movies. The speeches and dialog are clever, often times hilarious, and satirical in all of the right places. It's written not to take itself too seriously, and is delivered with bulls-eye accuracy.

There's actually a lot of content to the game that fits right into some serious discussion, but is always written in such a way that it remains light-hearted, screwy, and ultimately enjoyable. The effect is vaguely akin to riding to a funeral in a clown car, rollin', bouncin', and scratchin' while leaning out of the window making cat-calls at the hos as we pass. The entire effect sets a mood for the game that flows beautifully, and is a form of artistic merit completely without effort toward the serious or important.

The graphics for this title are impressive, building on top of the already-commendable graphics of the first Saints Row. Regardless, though, they have their moments of issues and clipping problems, which sometimes serve to detract, but largely is not an issue. Everything looks mostly right, and in a game like this, graphics matter much less than gameplay does. Although, they're expressive and vibrant without being bloomy and bright, so they fill a niche many next-gen games are not. That niche is non-bloom-realism. It's something I can appreciate, but will otherwise hardly comment on.

The sound, on the other hand, is particularly impressive. Although not perfect, the sound is an immersive part of Saints Row 2 that does itself justice. The sound effects aren't terribly special, just your standard fair, but the music selection, radio use, and function of music and dialog is very effective, and makes me feel a part of Stilwater instead of an alien observer.

Fluffy Bunny. Saints Row 2 does a lot to distinguish itself as a game. It's a game that does little seriously, and has just the right mix of self-satire and social commentary to pull it off without failing to dot a T or cross an I. Everyone has something to learn from Saints Row 2's writing, and can probably enjoy the universal experience of popping a cap in such a way that enables complete freedom as to whose ass said cap is popped into. It's a fun game, has its quirks, but otherwise provides an excellent, non-serious sandbox experience. 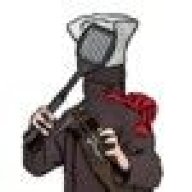 I have nothing else to say other than "I want fluffy bunny."

The Iron Ninja said:
I have nothing else to say other than "I want fluffy bunny."
Click to expand...