Arnold Schwarzenegger fights to save his doomed daughter in the upcoming zombie flick Maggie.

Arnold Schwarzenegger has fought some distinct and varied foes in his long and storied life as an action star. Wizards, aliens, robots, terrorists, game show hosts; his acting career's <a href=http://www.escapistmagazine.com/news/view/130644-Schwarzeneggers-Movie-Kills-Tallied-in-Epic-Video>kill count is a practical smorgasbord of modern man's favorite foes. In his next film Maggie, Schwarzenegger will come face-to-face with the undead. The twist is that this time, he'll be fighting to keep one of them alive(ish).

Putting Schwarzenegger in the role of an aging farmer, the film will follow his character as he struggles to keep his infected daughter (Abigail Breslin) safe from authorities in the midst of a zombie outbreak. The movie, which is set to hit theaters for a limited release in May, was showcased in new trailer released today. The trailer itself gave a peek at an experience that looks as though it will be markedly different from Schwarzenegger's usual fare. Free of one-liners and his trademark humor, the actor's character looks more desperate and tired than he does powerful and capable. The film also looks as though it will feature a slightly different take on the undead, with Breslin's character suffering from a zombie disease that works far more slowly than what most movies portray.

All in all, it definitely looks like a project with potential and one that could give <a href=http://www.escapistmagazine.com/tag/view/arnold%20schwarzenegger?os=arnold+schwarzenegger>Schwarzenegger a chance to flex his dramatic muscles (as opposed to just his muscles). Whether or not he'll actually be able to pull off a nuanced, dramatic performance is, of course, something that we'll have to wait and see. Personally though, I have high hopes. He's done good stuff in the past when given the right role and somehow playing an aging beaten down man desperately clinging to the best part of his life seems fitting.

Looks pretty cool to me.

Looks surprisingly not shit, though trailers can be deceiving like that.

Arnie definately looks more in his element here than he has in every movie he's been in since returning to Hollywood, and that includes the new Terminator. Who knows, maybe there's some life left in the old chap yet.

Huh, definitely interested in this. It's an interesting take on a zombie movie.

Pretty misleading article title. I was expecting Arnie shooting up a bunch of zombies to find his daughter. Not protect her last days on Earth. I would be fine with either or 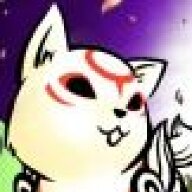 Might be interesting, though I have to admit that the fact that Arnold only has a single line in the whole trailer has me looking at it sidelong. Not saying that necessarily means anything, but thinking back on how bad his acting chops were when he made a go at comedy, I'm kind of bracing for this to be unintentionally hilarious.

StewShearer said:
playing an aging beaten down man desperately clinging to the best part of his life seems fitting.
Click to expand...

OT: I consider myself a zombie purist, although I'd rather not be. I generally can't get into zombie entertainment if the zombies have a vocabulary beyond "brains" and "rargh", if it takes more than 12 hours for infected people to convert, or if the dead's animation persists subsequent to the removal of the head or destruction of the brain or, conversely, if the undead are slain by anything but, although I'd like to. Return of the Living Dead had me up until the survivors capture a zombie and have a discussion on what motivates the deadlings to chomp on grey matter, although I would have like to share the movie's fan's appreciation. But establishing the corpse-hoard's motivations? Nup.
There have been exceptions: 28 Days Later broke the vocab rule, World War Z's virus was slow-burning at first, and I generally dig zombie games even when the enemies fall apart like a mound of wet dog food at the first glancing blow.