Serial Killer, Round 80 - Resident Evil: A Game of Consequences...

No! I'm Spartacus the killer!

Well it certainly wasn't me. I've been up all night working on a paper.

You thought you were the killer, but it was me! Dio!

You thought you were executing the Killer when you picked me, and I actually am! I am the Killer that cannot be killed! Muahahahahah.

Sooo...all of y'all living people have yet to designate a target which coordinates your vote. I hope you're communicating via PM or you might suddenly hand the Killer this game on a silver platter.

EDIT: Ah, I see Ewok fingered Jack. My bad. All righty then.

I was the gardener, all along!

Pirate Of PC Master race said:
Now, there is a second part to this message, where it names my partner.

But, AT THE START OF THE NEXT ROUND, I will reveal the 2nd part of the message, and my partner can vouch for me.
If that person does not vouch, the killer must be me right?
Click to expand...

Fuck it Pirate, you can just name me at this point. Game's a wash anyway, either Jack O' Ripper's SK and we vote him out this round or we run out the time limit before we get another vote.
Click to expand...

For f's sake Ewok, you could have waited just 1.5 more days! The killer would have been absolutely and completely lost if just killed you!
But you are right, the game is wash. Time to sit back and enjoy the game...

Still your fault, sucka! I pity da foo'! I pity the foo' that waste his time!

Still your fault, sucka! I pity da foo'! I pity the foo' that waste his time!
Click to expand...

It's not my fault that I had incredibly easy-to-prove role!
Although, I guess I really didn't have to reveal. 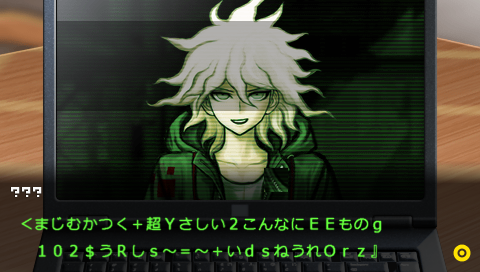 You know what it is.
http://aesencryption.net/
Use the encoded mumbo jumbo, keys, 128 bit(default setting) unlock what it says.(case sensitive, and include periods and commas.)

This is of course, for the time when something really goes badly.
Hopefully, we will never come to see this. [HEADING=3]"You'd better be sharing this information with your local GM, Mr. Pirate."[/HEADING]​

[HEADING=1]-FAIL-[/HEADING]​
During the confusion, you failed to coordinate efforts well enough to actually catch the Killer. According to the rules, 65% of the voting population must vote or the Killer is just blatently missed. Out of nine living people, you had four voters and one vote for hexagonal crank. Even if I included the crank, you were short. The Killer escaped.

And, as a result, the GM kills someone at random for not voting, which I did at the roll of a die.


[HEADING=1]A random person has died in the confusion![/HEADING]​
The Medic may get to work now.

The Killer may also get to work now. 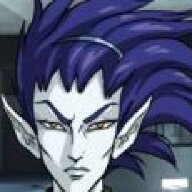 Please take all complaints up with Sergeant Dornan.


Or rather, talk to your teammates for making this possible.

Fuck it, I tried.

Trying to get in touch with the Avenger and ask him to activate his power, get this shit show over with.

Well, I had some faith in people, but it seems like that most just don't have decency for attention span of 2000 years.

I refuse to expand more effort to save those who couldn't lift a single finger in 50 hours. I give up. Goodbye forever.