The ultimate Silent Hill funhouse will open in Florida and California for Halloween.

Enjoy being scared, do you? Fancy a little trip to California or Florida this year? If so, then Universal Studios has an attraction for you. This year's Halloween Horror Night - which runs from 21st September to 31st October - will showcase Silent Hill. This is the first time ever that the venerable horror event, now in its 22nd year, will focus on a videogame franchise.

Naturally they don't want to give too much away, but they will be drawing on both the movie and the games for inspiration. Pyramid Head and the nurses are pretty much guaranteed a look-in, and there will be many other familiar icons there to scare the pants off of thrill-seekers. "We have the world of Silent Hill to bring to life," Universal Studios Creative Director John Murdy said, and judging by the list of attractions he reels off - including Fogworld and Otherworld, among others - they intend to make it as complete as possible.

The Halloween Horror Night event is Universal's annual scare-you-silly party. Though Universal Orlando and Universal Hollywood will be hosting the event, the two locations traditionally run their own designs and attractions, so those who go to Silent Hill in Florida will probably have a different experience from the one the California attendees will enjoy. The event usually features several different outdoor "scare zones" and as many as eight different haunted houses, presided over by an iconic character who hosts the show. Will it be Pyramid Head this year, or perhaps one of Silent Hill's protagonists? Only one way to find out ...

But will it have sexy nurses, that is the question?

That sounds really awesome. I definitely gotta go and see if its any good.

There's one thing they got to add is that when you enter it, the surrounding walls slowly become the Silent Hill walls as you walk futher in.
Honestly thought I would like to thing it could go wrong as in some tough people beat up the fakes creature and etc (yes I know they will restrict people from touching the stuff).

Sweet, I'm actually pretty close to one of the locations.
I might go there.
I also might bring my nail board.
This'll be fun... 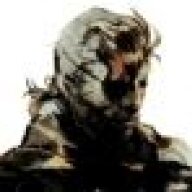 Why can't it stay as a permanent addition to the park? damn, first they close Back to the Future ride a year before my first visit to that park and now I won't be able to experience that ride either.

As part of the attraction am I allowed to throw bricks? If so, it's totally worth it.

It's OK, Silent Hill 2 is still enough for me to shit my pants.
E

I don't get how that's going to work well at all.

Silent Hill is all about the atmosphere and the isolation, so being stood next to some shmuck sucking cola through a straw and taking pictures of everything would really ruin the experience. Props to them if they can make it work, but I don't see it.
B

Ok, they better have Akira Yamamoto music and monsters from the first 3 games because nothing is scarier then WTF is that blob of a person over shaking like that!?

But the ultimate question is: will visitors to the attraction be able to fit 10 portable televisions in their trouser pockets?

Mmmm. Arg. I... don't... know what to think. If the games were in good hands, this would be a fun diversion, an interesting off-canon fun fest like the light gun game. I'd totally be interested to see what kind of stuff they crammed in there. However...

It's times like this I think I finally understand the pain of Star Wars fans.
"Oh boy, toys of my favourite movie? Mugs? Masks? Glow-in-the-dark lightsabers? I'm in!"
"Episode 1? Um... well it's just an introduction, so it can't possibly... Episode 2? Oh no. Episode 3-AGHLBLAGLBLAGLBLAGL"

from the trailer it seems to be juts jump scares, this concerns me. Silent Hill was not about any kind of jumpscares whatsoever. it was about dread, loneliness, the fear of the unknown and your innermost fears, weaknesses, flaws and sins.

All I can think is people hugging pyramid head and it being the best photo-op.

Seriously, I just want to see someone open their arms and see if the guy playing pyramid head goes for the hug.

Someone, anyone, please make this a reality.

Or even just Robbie.
Oh GOD someone should bring a Robbie plush with them just to spook the other visitors. XD

So much opportunity for hilarity. :d
B

This looked amazing right up until they showed what it is actually going to be: a carnival haunted house with a movie license. But hey, what did I expect? The "real" silent hill experience as I was imagining it wouldn't be very profitable (or even legal).

That will be awesome...

But there is one question that needs asked...