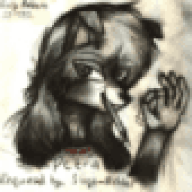 Retal19 said:
(Hardcore Mode. No Map Markers. I have no clue where the damned cave is now. It's beside a lake or something but there's only fifty of the damned things.)
Click to expand...

...holy crap, that sounds extreme. I don't think I'd have played the game for more than an hour without map markers!

On the other hand, can't you just use the Clairvoyance spell?
Click to expand...

I would, if it didn't drain my Rogue/Warrior's Mana Pool like a leaky firehose. I get to see that it's somewhere in that direction, then, poof, no more guidance for me for a half hour or so.
Click to expand...

Speaking for myself, I was picking up roughly six thousand (number may be slightly exaggerated) potions per hour; anytime I ran out of stamina or HP I would have enough to refill my bar a hundred times over. Not that I ever did, being a tank with top-tier armour and HP/stamina enchantments, but still. Magicka was much the same, except I never used it...
Click to expand...

I sell all the Mana potions I get. Then I realise halfway down the street that I could have used it to undertake an epic journey to do Hircine's bidding, but by that point it's too late to buy them back because prices have skyrocketed.

Tin Man said:
I speak on behalf of the other lurkers:
Click to expand...

Retal19 said:
I sell all the Mana potions I get. Then I realise halfway down the street that I could have used it to undertake an epic journey to do Hircine's bidding, but by that point it's too late to buy them back because prices have skyrocketed.
Click to expand...

I've done that sort of thing so many times it stopped being funny. Like, I'd sell a fat haul of gemstones, then think "hang on, don't I have that stack of gold and silver ingots at home that would have potentially doubled or tripled the retail price?" and fry into a furious, unquenchable rage.

Of course, later on I got to the point where I was picking up items worth more than any vendor actually had, so in the long run the point is moot

Much like me and shouts. Lightning storms don't do bugger all to dragons but they will absolutely cripple followers. What do I do every damn time I see a dragon? Bah!

I'm going to save this. It was a good and entertaining read.
H

After the 4th time she died because the AI is to stupid to realize you DO NOT run in front of the guy flinging fireballs, I just gave up and set Lydia essential >_> 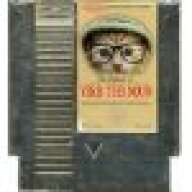 This is probably one of the best posts I've seen here. I loved it! Now I have a new goal when I finally do get Skyrim. I'm going to make it a point to get every single companion I can get killed in some bizarre way. I usually just load a previous save when my precious companions die, but no longer!

Heh. That was some fun reading. I liked the words and stuff.

One thing is missing from your prose and your personal experience in Skyrim: Get Erik from Roerikstead. He's cute, good looking, ambitious, not too smart. And he looks killer in heavy armour you make/polish/enchant for him. I currently have him dance for me in polished steel and fur boots, it beats trying to invent television on those enchanting tables.

This is probably one of the best posts I've seen here. I loved it! Now I have a new goal when I finally do get Skyrim. I'm going to make it a point to get every single companion I can get killed in some bizarre way. I usually just load a previous save when my precious companions die, but no longer!
Click to expand...

Ach, I can't do that. I get attached to them, and since I mostly use them as immersion agents with the lines they drop right before you enter the den of evil or before fighting ensues, I really just pick one and stick with them before I find another one that looks like fun.

I also use my followers as pack mules, so letting them die would leave me behind with two tons of loot and a dead body. Can't have that.

Sven of Riverwood
My first companion. Oh, he wasn't the toughest, and I threatened his life on seperate occasions that were he to sing Ragnar the Red once more I would stab him in the face. Little did I know my once empty threats would become a terrible foreshadowing of my actions. Upon discovering the shrine of Boethia, Sven was drawn in against the sacrificial plank. I'd like to say it was the vile Daedric magic that caused me to do it, but I'd be lying. I took a sacrificial blade, stabbed him in the face, and then immediately began to slaughter every last one of Boethia's followers to prove myself to her. I'm sorry, Sven, you did not deserve such a poor death.

Lydia of Whiterun, First Housecarl to Phil the Kitty
Lydia, oh, Lydia. She was strong, she carried all of my heavy equipment loyaly and without an ounce of complaining. She swore her life to me, and I had planned to do the same for her once I found an Amulet of Mara. Sadly, that moment never came. Heading towards Riften, a commotion erupted beyond the autumn trees.

Suddenly, a horde of wild beasts, three cave bears, five wolves, and a Frostbite Spider all charged on us. I stood my grounds against the wolves and one of the bears after quickly slaughtering the spider, listening to the other bears as Lydia stood strong. Upon finishing off my own bear, I spun on my heel to face the beasts attacking my sweet Lydia, only to see one rearing upon its hind legs and bringing down a killing blow on my downed beauty. Bear pelts were sold in bulk that evening.

Phil the Horse of Whiterun Stables, First Horse of Phil the Kitty
I named Phil after myself, and Phil was amazing. He knew no fear, and he's sole purpose was to protect me and get me where I needed to go. He faced many hazards, invcluding kicking dragons in the face to buy me time to heal. However, as I downed a specific dragon near a shout wall close to Labyrinthine, Phil met his end as the dragon knocked him down the cliff before I dealt the killing multiple axe blows to the face.

I am not ashamed to say that Phil became the Legendary Hide Armor my character wears to this day.

Vigilance the Warhound, Mention
Not an honourable mention, as Vigilance simply disappeared from my house one day after I'd specifically told him to wait there. To this day I have yet to find him, and so I can only assume he was eaten by bears.
Show hidden low quality content
You must log in or register to reply here.
Share:
Facebook Twitter Reddit Pinterest Tumblr WhatsApp Email Link
Top Bottom