Sony Admits Private PSN Info Has Been Stolen - All Of It

Of course Sony sat on it for a week. They knew something was wrong, but they didn't know what. A breach occurred but the level the outsiders got to isn't something that Sony would have known straight away. If they'd released news saying "EVERYONE PANIC!! ALL YOUR DATA IS BELONG TO. Them..." and a week later it turns out the intruders had only managed to trip the security before panicking and dropping out, then Sony would be sued for false information, preying on it's users, manipulation, the works.

Actually it seems as though they still get sued. Lose lose -.-
Correct procedure though is to make sure you know what happened before mouthing off
L

Sony did say that none of the credit card security codes were stolen, because they're not kept in any databases. Also, the credit card info might not be compromised either, because it's encrypted, so unless they also stored the encryption key in the database (How fitting it'd be, a video-game style security system), it'd be next to impossible for the hackers to brute force it. 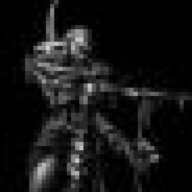 Well done, hackers, you have officially become the #1 target of PlayStation owners.

...I wonder if they were put up to this by Microsoft...

HIDE YO CREDIT CARD HIDE YO PASSWORDS 'CAUSE THEY BE HACKING EVERYBODY OUT HERE!