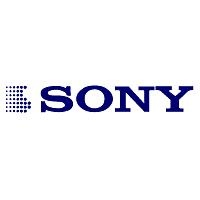 Sony Computer Entertainment America [http://scea.sony.com/] has settled an $8.5 million class action lawsuit with current and former employees, according to a statement issued by the law offices of Shapiro Haber & Urmy.

First filed in 2005, the suit claims that Sony broke California labor laws by failing to pay overtime to qualifying employees. The suit represented a class of various artists and modelers known as "Image Production Employees," who worked at Sony any time between February 11, 2001 and September 25, 2007. The suit sought statutory penalties, damages, punitive damages, restitution and injunctive relief.

Under the terms of the settlement, Sony will pay $8.5 million in overtime wages to current and former employees, and will also "reclassify class members with a job title of Associate Artist and Artist 1 as nonexempt employees under the wage and hour laws of California and the federal Fair Labor Standards Act."

More information regarding the suit and the settlement are available at the here [http://www.shulaw.com/unlawful/Sony.asp]. (PDF format)