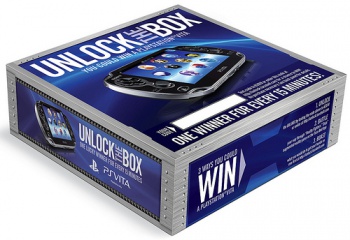 Buy a Taco Bell $5 box and get a chance to win Sony's new handheld.

Sony isn't exactly selling Vitas like hotcakes in Japan. This week, the new PlayStation Vita placed fifth in the hardware sales chart behind Nintendo's 3DS, the 6 year old Wii, and Sony's own PS3 and PSP. That's right, the unit the Vita was meant to replace sold better in Japan last week. Sony doesn't want such meager sales to continue in its February worldwide release so how do they plan to bolster confidence in the PlayStation Vita? Why, promote it through the purchase of Cheesy Gordita Crunches, of course.

Here's the brilliant scheme. If you buy a specifically labeled $5 Buck Box - which happily contains meat, cheese and tortillas in various combinations with high fructose corn syrup - between January 26 and March 11, 2012 you will get a code that you can enter online to win a PlayStation Vita. You will also be able to go online and battle your "friends" in Reality Fighters Dojo for a chance to win.

Barring that, you can record a video proclaiming to the world all you would do to earn a PlayStation Vita. Such videos will be posted and users will vote for the most entertaining boast. Predictably, the winner will get a PlayStation Vita.

(The prize pack for all these is actually a PS Vita 3G/Wi-Fi system, a copy of Little Deviants, a 4GB PS Vita Memory Card and your choice of one of the following: ModNation Racers: Road Trip, MLB 12 The Show or LittleBigPlanet. There's no word on how much you have to pay for the 3g service for these "free" Vitas.)

I'm as happy as the next guy to gorge on some tepid "tex-mex" slathered with Fire sauce, but I don't think I'll be schlepping down to Taco Bell just to get a PlayStation Vita. Am I crazy or is Sony betting a little too much on the fast food/gaming connection?

Mr Tito, you're the first person I know to refer to Taco Bell stuff as "food" and do it (presumably) with a straight face.

The PSV doesnt need a taco to sell it, it needs a Monster Hunter title.

I still think the holiday sales of 3DS's is more due to the latest installment of the series coming out than the actual holidays. Not meant in a way to slander the 3DS, if an english version of Tri G came out tomorrow id buy it and a 3DS without even a first thought.

I think they missed the bandwagon, and it's getting further and further away all the time.

Also, by your casual trashing of Taco Bell, I can only assume you have yet to partake of the magnificence that is the Grilled Stuffed Burrito with Steak.

Also, by your casual trashing of Taco Bell, I can only assume you have yet to partake of the magnificence that is the Grilled Stuffed Burrito with Steak.
Click to expand...

I had one of those yesterday. I normally avoid Tack Bell, but after sampling that... I don't intend to change my mind. It was 'meh' at best.

As for handhelds, well they seem to be going the way of other portable electronics. Getting their functions rolled up into general use smartphones.

Taco Bell never claim it is "Mexican" food. I've had "Authentic Mexican" food that was way worse than Taco Hell, and finally the $5 Box is usually a great deal.

No taco bells in mexico, not a chance for a vita for me.

I have access to this wonderful genuine Mexican restaurant. So, Taco Bell was more or less an unknown to me until only very recently due to a road trip.

If I won a Vita at all, I'm unsure if I would even use it.
Not for a lack of gaming potential, but because Sony has been pissing me off in the last year.
R

So I could win a free vita for eating tacos....

Now when you're stuck in the can, shitting yourself inside out, you'll think of Sony! 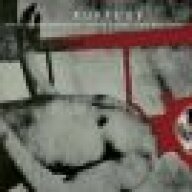 Ao Taco Bell isn't that good? Is there an English equivilant?

Sabrestar said:
Mr Tito, you're the first person I know to refer to Taco Bell stuff as "food" and do it (presumably) with a straight face.
Click to expand...

The funny thing about this is that the meat in Taco Bell tacos technically isn't even legally considered meat.

OT: The only Mexican food Taco Bell serves are tacos. Believe it or not, Hot fritos in a burrito is not an everyday Mexican dish.

Eh, I see the idea behind it. Hand out Vita's to try and increase sales of games and the memory cards to make up for lack on Vita sales. Sadly, there's no Taco Bell's near me, and even if one was nearby, I highly doubt I'd bother, as I don't like games of chance.

Magnus said:
Ao Taco Bell isn't that good? Is there an English equivilant?
Click to expand...

Whether or not it's good isn't really what attracts people. You can feed a family of 12 for about 3 bucks.

Shame Tito has such a bad opinion of Taco Bell, but I really don't see anything wrong with Sony promoting their stuff through fast food, Nintendo has advertised through McDonalds, Call of Duty with Mountain Dew, Battlefield with Dr.Pepper, Pizza Hut had something with some game companies...etc.
Show hidden low quality content
You must log in or register to reply here.
Share:
Facebook Twitter Reddit Pinterest Tumblr WhatsApp Email Link
Top Bottom