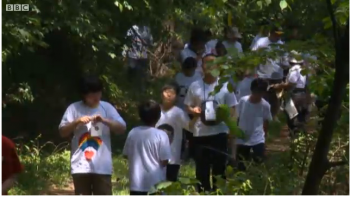 South Korea has a "Web addiction" center that (mostly) sounds an awful lot like a summer family camp.

It's not uncommon these days to hear claims about how someone is "addicted" to one form of technology or the other (usually, this is leveled against videogames or the internet). As a result, treatment centers specializing in treating addictions like these are still few and far between. South Korea, however, has just opened a new facility specializing in helping "Web addicts" wean themselves away from the Information Superhighway and all its various pitfalls.

The center is actually a camp that focuses more on treating potential addicts rather than full-blown junkies. Basically, children of various ages attend the camp, but doctors say the majority of them are only "starting to show signs of a soon-to-be-uncontrollable habit."

Accordingly, the camp apparently focuses on things like non-technological "family activities", including reading books, playing board games, and outdoor events.

While creating a camp solely devoted to getting kids away from videogames and technology may sound a bit extreme, Geek explains why the camp's establishment is seeing a lot of families taking part in its activities:

Online gaming is a huge deal in South Korea. Blizzard's StarCraft and Starcraft II real time strategy games are such a hit there that South Korea even has TV channels that just show people playing the game live with commentary. For many of South Korean's younger generations, the game is their entire lives, and it's no surprise that parents, who grew up without any computers or video games, are concerned about their children.

However, the BBC video documenting the camp shows that there are some other children who are considered full-fledged Web addicts who receive active treatments and are studied to better understand why they behave the way they do.

As long as they aren't violating basic human rights a la China, I'm all for this camp.

Learn to restrict your kids' time on the net and everything will be fine. Going a few weeks without internet will just make them want more when they get back. This isn't something you can get rid of after being in "withdrawal".
Click to expand...

You'd think that parents would also would have more control over what their kids do in their home, but that just doesn't seem to be the case these days [http://www.escapistmagazine.com/articles/view/columns/ask-dr-mark/9048-Ask-Dr-Mark-21-Dealing-With-Teen-Gaming-Addiction].

As long as they're treating the kids well, I like this camp.

Sounds like a good idea. I would not mind trying this out myself just to see if it works... Ahem! 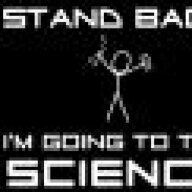 OT: These camps can't do that much harm, I mean, parents already send their kids to camps despite their children's protests. I'd rather go to this camp than JesusCamp [http://www.youtube.com/watch?v=LACyLTsH4ac] anyday.

Learn to restrict your kids' time on the net and everything will be fine. Going a few weeks without internet will just make them want more when they get back. This isn't something you can get rid of after being in "withdrawal".
Click to expand...

It makes sense just fine. I don't see how one can't be addicted to video games with the same severity as drug addiction or gambling addiction. How many times gamers have been compared to drug addicts, trying to get their fix, and the publishers acting like dealers? To say you can't be addicted to gaming just avoids the issue of their impact on the mind, whether positive or negative, and we have to know what kind of things this leads to.

Not only that, but this is a different culture than us. Considering that it is socially acceptable in South Korea to be playing games like Starcraft constantly in internet cafes, with some people dieing of exhaustion over there mind you, what's the parent going to do? It's just what their kids do, like the school's obsession with sports in the US. Technology has a much bigger impact over there than in the US, the whole country practically lives and breaths on the technology frontier, and some shock and withdrawl is sometimes the best course of action for some people. 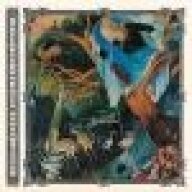 So... summer camp? That's fine, good place for kids to enjoy the outdoors and make friends. Sounds pretty fun actually.
I don't hear any electro shock treatment regiments so this sounds like a big step up from what we've heard of these web addiction clinics thus far.

Exposing children to the great outdoors and social contact is great imo, and it may expose kids who are on the verge of becoming recluses to the fun of friends and physical activities.

I still much approve of gaming but it's important that parents take steps to manage possible addiction rather than extreme measures when the kid is too far gone to see anything else as fun.

poiumty said:
1. Video games don't cause physical addiction. This isn't something you can debate.
Click to expand...

It could easily be argued that they can cause chemical dependency. Endorphins and whatnot.

2. Judging the credibility of your arguments by how many times stupid people have said stupid things isn't quite the way to go.
Click to expand...

For certain game franchises, it's more than apt to compare them to drug dealings. Otherwise we wouldn't get this [http://www.youtube.com/watch?v=_xKV9BFEEXQ] (Poe's law or not, he is a bit freaky...)

3. Gaming obsession exists. You treat it just like any other. It's still not addiction.
Click to expand...

Let's not get into semantics with "obsession vs. addiction".

4. Gamers don't really care about whether what they're doing is socially acceptable in any culture, do they. A parent has to have control over their child's life, otherwise they have failed as a parent. If your child plays games like Starcraft constantly in internet cafes then stop giving him money to pay for it. It's really not hard.
Click to expand...

It's not "gamers", it's the population of South Korea. I'm not arguing that the parents should not be doing their job, but there are extenuating circumstances in every situation. Even then, this kind of camp would be the parents doing their job, and sometimes you need a more professional solution rather than just a talking session.
O

They talk about Starcraft/2 being on TV, and kids wrapping their lives in it and whatnot and that's why they are doing it. Here's what I say, fair enough, but only if they then provide clinics for sports addiction (I'm not saying a specific sport because I'm not sure what is popular over there). What's the difference? It's on TV, kids get wrapped up in it, some ruin their lives pursuing it.

poiumty said:
Sorry, but by its very definition [http://en.wikipedia.org/wiki/Chemical_dependency], no it isn't. By the definition you're trying to use, it's practically the same as doing something because you like it. Hence my stamp collecting argument.
Click to expand...

At least you apologized? And from the definition I'm coming from, I'm thinking that a gambling addiction/obsession/whatever would be akin to a video game one, and I don't see why treatment for it wouldn't be okay.

I can see how you can come to some of your conclusions if you're one of the people who take that guy seriously. Poe's law has nothing to do with this. There's very little reason to believe the guy isn't acting, satyrical, sarcastic, ironic, trying to get attention, trolling etc. Especially when one of his other videos is named "crack makes me crazy".
Click to expand...

I detect a bit of patronizing in here. And he was just an example, we've all heard of the WoW player who went crazy after his account was deleted, or the baby that died due to neglectful parents [http://www.guardian.co.uk/world/2010/mar/05/korean-girl-starved-online-game]. And that other baby dieing of neglectful parents [http://jacksonville.com/news/crime/2011-02-01/story/jacksonville-mom-who-killed-baby-while-playing-farmville-gets-50-years]. Now, I am not pinning games here, but they are a factor just as anything else in these situations.

I'm of the oppinion that this institute is redundant, as many were before it. Either that, or it's a simple way to cheat money out of lazy parents who want to feel secure. And just how "professional" are these guys anyway? If I was a parent in South Korea, I'd look towards a more secure source of parental control. Me.
Click to expand...

Being a parent ain't exactly a clear path down the yellow-brick road, sometimes you need help. Sometimes you need a professional to help out (therapist, counselor, what have you). This kind of camp (which is not an "EXTREME" boot camp or whatever) is just another way to help parents and kids deal with situations like these.

Jumplion said:
I detect a bit of patronizing in here. And he was just an example, we've all heard of the WoW player who went crazy after his account was deleted, or the baby that died due to neglectful parents [http://www.guardian.co.uk/world/2010/mar/05/korean-girl-starved-online-game]. And that other baby dieing of neglectful parents [http://jacksonville.com/news/crime/2011-02-01/story/jacksonville-mom-who-killed-baby-while-playing-farmville-gets-50-years]. Now, I am not pinning games here, but they are a factor just as anything else in these situations.
Click to expand...

No patronizing intended, just a bit of an annoyance over taking people like that seriously. I haven't seen one person who went crazy (in a credible way, not by posting videos on youtube) over lack of gaming. Neglecting your kids is another thing.
Click to expand...

Wasn't really taking him seriously, just as a pseudo-example or whatever.

With the whole parents and the kids thing, you could replace video games with any other medium, but that does not mean they don't have some sort of affect on people, positive or negative. For some it's more extreme than others.
Show hidden low quality content
You must log in or register to reply here.
Share:
Facebook Twitter Reddit Pinterest Tumblr WhatsApp Email Link
Top Bottom