We may not know much about Agent Carter, but this is what the series will need to succeed.

I'd quite like to see an origin-of-Nick-Fury arc in there, which could be tied nicely into any civil rights themes they have going. If we met Fury's grandfather, for example, and he had some connection with SHIELD that tied in with Agent Carter, that would be potentially interesting.

It would also be intriguing to watch the creation of SHIELD in tandem with other groups like the UN, Warsaw Pact and NATO. Given the dramatic irony that we know they are compromised from the start, there could be some interesting potential historical and political commentary to be had.

But in practice I'm sure it'll be lots of villain-of-the-week stuff, turning it essentially into 1970s Wonder Woman.
M

i actually like the sound of this...in the long run it could maybe even surpass Agents of S.H.I.E.L.D as the better show...after all things are always better with scenery chewing super evil nazis as the villains ...ye i'm lookin at you Indiana...and you Hellboy...they have plenty of material (and characters) to work with...and gawd knows English speaking nations like WW2 stuff...the historical distance is also an advantage in many ways.

depending how they do this...it could frankly be fucking awesome.

could basically be the X-Files crossed with Band of Brothers (in terms of backdrop).

just one question: is Joss "overseeing" this as well ?

Flatfrog said:
I'd quite like to see an origin-of-Nick-Fury arc in there, which could be tied nicely into any civil rights themes they have going. If we met Fury's grandfather, for example, and he had some connection with SHIELD that tied in with Agent Carter, that would be potentially interesting.
Click to expand...

Actually, remember from Iron Man 2 that Fury knew Howard Stark, well enough to imply that Fury was an adult when they interacted and likely was involved early in SHIELD's history. Howard died in 1991, Sam Jackson was around 42 then. In different Marvel storylines, Fury is involved with SHIELD's creation, either as an idea he had that other groups ran with or as a hands-on event. In the stories where Fury seemed too young for that they explained it with a medical-science-fiction thingy that made him age slower. Personally, I'd love to see that. They could get a younger actor to play a visually 20- or 30- something Fury and clue in on how he's still relatively young in the current timeline.
B

All I want is more of that Post WWII pulp. I may have been one of the few who enjoyed Captain America: The First Avenger, but the atmosphere, especially the historical era clothing and songs really drew me in.

Eh, stories about non-super powered government agents in the super powered universe bores me to no end. Usually, it might as well be a spy story set in any universe.

Finally, it can't be ignored that the timing of the series' launch will make Peggy Carter by default the first female hero - "super" or otherwise - to headline her own franchise in the Marvel Cinematic Universe, though Alias: Jessica Jones is now in pre-production as one of the four Defenders limited-series for Netflix. Even if Marvel were to shock the world and announce Black Widow or Ms. Marvel solo features at Comic-Con, she's still going to hit the air first - and also before DC's yet-unconfirmed Wonder Woman!)
Click to expand...

Shouldn't there be an opening bracket in there to match the closing one at the end of the paragraph?

OT: I'm not sure what exactly the feel of Agent Carter is supposed to be. It seems that AoS is slipping into a mystery-solving, pulpy sci-fi stance (especially with the increased reliance on old tech rather than S.H.I.E.L.D.s resources), so I'm not sure what bent Carter will take if it wants to stand out as something different.

So... does this mean Bob will be taking a look at the failed TV pilot from Roger Corman for Fantastic Four?
M

ritchards said:
So... does this mean Bob will be taking a look at the failed TV pilot from Roger Corman for Fantastic Four?
Click to expand...

That was actually just a movie, albeit a very cheap one that was made without actual intent to release in full. The people who had the option for Fantastic Four at the time had been unable to mount a full production and was in danger of losing control of the property if they didn't fulfill obligations to produce and release a finished feature within a certain timeframe; so they hooked up with Corman's production company at the time with agreement to produce an ultra-cheap version with what money they did have and give it a brief but "official" run at a single theater in order to live up to the contract and retain the rights - which they eventually sold back along with the rights to the "fake" film's negatives (which were said to have been burned.)

And make it 10-12 episodes long, please! Focus on story telling and not filler; there is a lot of character development that can be done in a dozen episodes and have a good overarching plot without resorting to endless "baddie of the week" 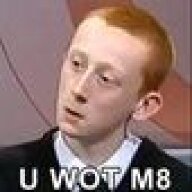