Star Wars: The Force Awakens will take place a full thirty years after the end of Return of the Jedi. Hoping to satisfy the curiosity of fans interested in knowing what happened in the time intervening, Disney and Lucasfilm are working to fill in the blanks using things like <a href=http://www.escapistmagazine.com/news/view/141927-The-Empire-Will-Be-Ready-to-Fight-in-Star-Wars-Shattered-Empire#&gid=gallery_4508&pid=1>comic books and novels. Chuck Wendig's Star Wars: Aftermath, for instance, explored the events immediately following the destruction of Death Star and the death of Emperor Palpatine. While the book stirred <a href=http://www.escapistmagazine.com/news/view/142336-Star-Wars-Aftermath-Author-Fires-Back-Against-Complaints-of-Gay-Characters>a bit of controversy among some readers, many more were intrigued by the story and left it eager to find out what would happen next.

According to a recent announcement, the next chapters in that story are on their way. In <a href=https://twitter.com/DelReyStarWars/status/652894319347679232>a pair <a href=https://twitter.com/DelReyStarWars/status/652916314344960000>of Tweets over the weekend, the Star Wars franchise's publishers at Del Rey announced two sequel novels that will follow up on Aftermath. Entitled Aftermath: Life Debt and Aftermath: Empire's End, the new books will again be written by Wendig and continue his tale of the events after Return of the Jedi. The new books will be coming out in "Summer [2016]" and "2017."

The big question, of course, is what will happen in the new books and how close they'll take readers to the universe as it exists at the beginning of The Force Awakens. Understandably, Del Rey didn't reveal anything in the way of story details. That said, we're sure fan speculators will be more than happy to spend the next year or two trying to fill in the blanks. What do you think? Are you excited for these new sequels or will you be leaving them off of your reading list?

Ughgh. I tried reading a sample of Aftermath and couldn't even get through that. Wendig is terrible. His work needs to be rewritten by somebody that doesn't write in present-tense. 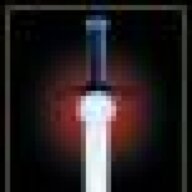 I own Aftermath, but I have yet to start it. Hearing about the tense choice really makes me nervous, but more than that, I grew up reading the old Star Wars Expanded Universe books. I literally grew up with Jaina, Jacen, Tenel Ka, and Zekk. Each time they popped up in a new book, I was the same age as they were in the book--save for when they were toddlers.

I just find it really hard to set all that aside and start again. Knowing that the lore and stories I grew up with are now officially being replaced with new books and new characters makes it difficult for me to look forward to this series. I will get around to it eventually, I'm sure, but honestly, I wish Disney would allow a few writers to mess around in what is now called the "Legends" universe.

I remember Wendig's response and the praise it (the response) was getting, it made me immediately suspicious when Chuck said "Gay Chracters and a gay protagonist" it felt like the sexuality was the only thing that was important about the characters, that it was more important readers knew they were gay above anything else about them, and then I read the <a href=http://www.starwars.com/news/chaos-throttles-the-capital-in-star-wars-aftermath-special-excerpt>excerpt.

It did not make me want to read any more of it, Chuck Wendig is frankly a terrible writer who felt that having characters who happen to be gay makes his writing immune to criticism, it does not, and if the New Star Wars universe is happy to keep Wendig onboard then I won't be bothering with anything outside the movies and some games.

I might have been excited... if it wasn't Wendig writing them, if the characters presented in the first book weren't dull as dirt, or if Disney's current marketing didn't make me suspect it'll be a half hearted attempt at a Thrawn trillogy ripoff.

Why are they re-using Empire's End? There's already a star wars book with that title. Have they just given up on originality at this point?

Soulrender95 said:
and then I read the <a href=http://www.starwars.com/news/chaos-throttles-the-capital-in-star-wars-aftermath-special-excerpt>excerpt.
Click to expand...

I really hope that broken up mess of text was caused by the website and not how the book actually looks... even then that writing was pretty bad.

Anyway, good for fans of the series. I could never really get into EU novels in Star Wars myself, they always were too over the top. 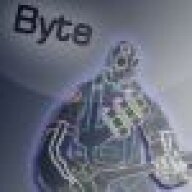 Yeah...no. I tried to read the excerpt and just...ouch. That hurt to read. As much as I love the EU, I'm willing to let a new EU be crafted... or, at least, I would be, if what I just read wasn't the first entry. If that's indicative of what it's going to be like as a whole...count me out. 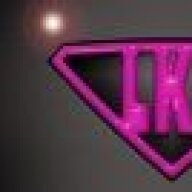 As a fan of the old Expanded Universe, I really wasn't too enthusiastic about reading any books from the new Universe ( or lack of a better term). Having read that excerpt, I don't think I'l be reading one anytime soon. I mean, there were a lot of books in the old EU that were bad ( quite a few from the Vong) but not like this. I don't know who Chuck Wendig is, so perhaps he normally does not write in this genre but still...is this his normal writing style? If the entire book is written that way....