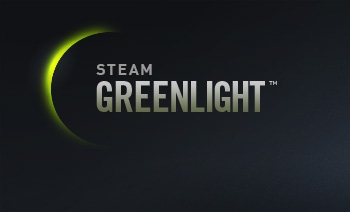 Developers selling their games in the Not On Steam sale discovered they sold more copies if they had the intention of getting the game on Steam through Greenlight.

Indie games are often small and unknown; rarely are there huge hits that everybody talks about, so one of the biggest obstacles is simply getting the word out about small games. A group of independent developers sold their games 50% off for one week in the Not On Steam sale [http://notonsteam.com/]. Titles that had a Steam Greenlight campaign saw a significant boost in votes and a boost in sales.

Greenlight increased the discovery of games, but as Mike Kanarek discussed in a Not On Steam postmortem, exactly why Greenlight helped boost sales of Not On Steam games is unknown. "Not On Steam did not make anyone fabulously wealthy," Kanarek said. Top sellers sold fewer than 2,000 games a piece, and the average was only 200. "Most games got a modest but respectable sales and vote increase, and a handful did enormously well."

Three out of five of the lowest sellers in the Not On Steam sale had no Greenlight presence and no intentions of moving onto Steam. Kanarek conclucded, "This suggests that a presence on Greenlight in some way encourages sales, even off of Steam. It's impossible to say whether it's because Greenlight acts to increase discovery and awareness of these games, or if there are people simply take a game more seriously if it's on Greenlight."

Opinions on Greenlight vary. Steam is the 'first party' distributor for PC, so for many developers it would be crazy not to put their game on Steam. Valve's Gabe Newell would even like to do away with Greenlight someday [http://www.escapistmagazine.com/news/view/131366-Gabe-Newell-Our-Goal-Is-To-Make-Greenlight-Go-Away].

"For a studio like ours [ a presence on Steam] can mean the difference between having food on the table or not," Aaron San Filippo, Race the Sun developer and hoster of Not On Steam, told Joystiq. "There are other great sites out there that are chiseling away at the market share - and we have every intention of supporting them as well - but Steam has numbers, infrastructure, and services that allow indie studios the opportunity to earn a living making games."

Dozens of games make it through rounds of Greenlight, and even then being familiar with each game is difficult. At the very least, putting a game on Greenlight helps spread awareness of a game's existence. From there, it's up to the developers' work to sell itself.

While I can't speak for others, for me, having everything consolidated to one location or service is a big deal. I'm more likely to buy indie games when they are on Steam purely due to convenience. I'm also much more like to not forget that I bought it too since it'll be listed in my library.
N

antidonkey said:
While I can't speak for others, for me, having everything consolidated to one location or service is a big deal. I'm more likely to buy indie games when they are on Steam purely due to convenience. I'm also much more like to not forget that I bought it too since it'll be listed in my library.
Click to expand...

Ya this exactly. I have so much shit to play that unless I'm super excited for a game, it not being on steam is a deal breaker. I have too many games to worry about where they're all located when it comes time to finally pick something new to play.

Not to mention it might be wise to consider the secondary market. Big sales see a lot of profit from traders. Typically these trades are for steam games/products so those are just more valuable due to being in demand. Couple this with the fact that most developers give away steam keys for their game if it gets approved to everyone who had it before and it allows traders to snatch up trade fodder for low prices.
Show hidden low quality content
You must log in or register to reply here.
Share:
Facebook Twitter Reddit Pinterest Tumblr WhatsApp Email Link
Top Bottom