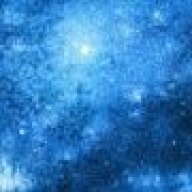 So pretty on the outside...​
Steins;Gate: 8-bit (Steins;Gate: Henikuukan no Octet) is a Japanese text adventure game/visual novel released in late 2011, which received an unofficial English translation in early 2012. It is a (non-canonical) continuation of the story from the 2010 visual novel Steins;Gate [http://www.escapistmagazine.com/forums/read/326.315473-Steins-Gate-PC-Game-Review] - perhaps best known for being the basis for a successful anime adaptation [http://www.animenewsnetwork.com/review/steins-gate/episodes-1] - and ties it together with Chäos;HEAd [http://www.escapistmagazine.com/forums/read/326.264914-Deskimus-Prime-Reviews-The-Madness-that-is-ChaoS-HEAd], a previous game also set in the same hard science fiction universe.

Like its predecessors, it's a collaboration between developers Nitroplus, unfortunately best known for Deus Machina Demonbane [http://en.wikipedia.org/wiki/Demonbane], and 5pb, probably best known for Corpse Party [http://www.escapistmagazine.com/news/view/112741-Corpse-Party-Is-Not-Quite-As-Exciting-As-It-Sounds]. Given the key role played by archaic hardware in the storyline of the first, this sequel has been made a full-on technical reproduction of an 8-bit text adventure game from the 80's, complete with text input controls, graphics so pixelated you could cut yourself on them, and oldschool chiptune music. Yep, it's time to time travel back to the tech of a distant past long gone, and see whether it has anything at all to offer in this day and age. Or if some things are better left forgotten by history.

Didn't look quite as blocky back then though.​
Story: 7/10
The story is set after the true ending of the original Steins;Gate, with its protagonist Rintar&#333; Okabe receiving a "D-Mail" sent from himself some 15 years in the future, stating that he must once again interfere to wrest it from being struck on yet another fast track to calamity. This time by reclaiming an IBN 5100 from a person known only under of the alias of "Knight-hart".

If the above appear to you to be in talk, then that's probably because it is. There's little reason to bother with this game unless you've previously played/watched Steins;Gate (...and preferably Chäos;HEAd as well). It contains a rudimentary explanation of what went on in Steins;Gate (and hence major spoilers for it), but will be nowhere near as enjoyable without having a more in depth grasp of the characters and world in advance.

This being a non-canonical tie-in, the story is oriented mostly towards the more comedic side of things. Ol' Knight-hart's affections are hardly comparable to the dystopia and world war faced in the previous game, and it doesn't explain anything major in terms of what happened after the previous game, and the things Okabe encounters seems more out of weaker parts of Chaos;Head's story. Okabe himself is as wonderfully crazy as ever though.

"push 2405". Remember it well when the higurashi Upa cry.

Visuals and Sound: 6.5/10
Both are obviously pretty constrained by the extremely primitive tech, though the game does works well with what little it has.

Characters are instantly recognizable, even if everyone have more or less contracted the Simpsons Skin Syndrome and lost their voice. And though very pixelated, the artwork for both characters and backgrounds is otherwise surprisingly detailed. The game's primitive colouring also has a certain refreshing vibrancy to it, there being no way to colour the game in 800 different hues of greyish brown and all. As the default setting, each scene is both drawn and coloured from scratch before your eyes when entering it. I for one found that it works well, though some might tire of it after some time (in which case it can be turned off).

The music consists of the tracks from the original game, converted into 8-bit chiptune music. The result is... interesting [http://www.youtube.com/watch?v=1iVkTECSbqI]. The original music was all competent, but most of it had a rather anonymous impression to if. These tracks actually manages to gain a little something in that department, even amid the more monotone rhythm, and the profound loss in sound quality. Aside from all of it now being played with the tunes and playback speed an 8-bit format could handle, the limitations in the sound rendering capacity of the day have been faithfully reproduced as well, in the form of ?sound chipping?: When the 8-bit sound effects play, part of the music is cut off to render them. As there is no voice acting in the game, it doesn't happen often enough to be distracting though. What is incredibly distracting is the high pitched typing noise that accompanies text being displayed. Thankfully it can be turned off, which I for one did within 30 seconds.

With their charm the graphics and sound work aren't exactly a catastrophe, but it'll probably take some nostalgia - preferably for both the series and for retro video games - to see them as anything but a step down from the preceding games it's built on.

None shall pass, save the enlightened or sufficiently stoned​
Gameplay: 6/10
While a visual novel, the the interface mostly follows the standard for a text adventure game. You control everything in the game with text commands, such as starting it from the main menu by inputting ?start?, moving around with commands such as "left" or "down", and otherwise interacts with characters or objects using commands like "talk", "take poster", "open door", "give flashlight" and the like. Even when they don't work, they'll often result in humerous dialogue or trains of thought being pursued.

The game offers no list of which commands can be chosen in a given scenario, so you'll have to work out which ones to use your own[footnote]Though a listing of all commands to consider can be found here [http://pastebin.com/0iTbGa8D], and if you're complete stuck, a walkthrough with the right commands marked in red can be found here [http://desertrain.sakura.ne.jp/kouryaku/2011/gigasdrop_sg8/index.html].[/footnote]. This can be quite difficult at times; paying attention to the text and knowing the characters and preceding storyline generally offers hints on what to try out, but some paths are just plain evil. Like having to choose "wait" several times one place in order to proceed, with no hints that this could be a suitable course of action, or that the command even exist. And while you might know a bit about how Di-swords are obtained, knowing when to put that knowledge to use on a building's facade isn't really intuitive either. One certainly won't be amiss of copious amounts of trial-and-error when going through the game, as it's taken the harsh difficulty found in some earlier text games with it too.

When there's no choice in where to go or what to do, it plays in the standard visual novel way of simply clicking through the text.

Yes, certainly not all changes are for the best.​
Technical features: 1/10
Objectively speaking, all of them are of course utterly terrible. It's a 2011 game emulating 1980's tech, and aside from featuring graphics that make those of Minecraft look impressive, that includes mimicking every technical limitation ever of the 8bit format. In short, it is presumably the most technically primitive game to see commercial release for at least two decades or so.

When it comes to the visuals, each pixel in each line of the screen is rendered one at a time. As mentioned this means that each image is constructed before your eyes, in the time it would take an 8-bit CPU running on a 1Mhz clock frequency to construct it. Which is actually surprisingly fast, and the image can be made to appear instantly by pressing enter anyway.

The coloring is of course in 8-bit as well, meaning there's only a spectrum of 256 colours that can be used at a time, and there's no anti aliasing either; on the contrary, the graphics of game have been deliberately pixelated [http://en.wikipedia.org/wiki/Pixelization], in order to maintain visual fidelity in spite of the game running a native 800x600 resolution.

One can also choose which of several included emulators of retro PC models to run the game in, which can have an effect on how the graphics look and are rendered, and how the music sounds (...and probably makes all the three people in the world who care about strict fidelity in how the different 30 year old computer setups ran things scream out with orgasmic pleasure).

Knowing the process for obtaining a Di-sword can come in handy when walking down the street.

Final thoughts:
Unsurprisingly, this is a game with incredibly niche appeal; If you're only there for the story, the vast technical limitations add next to nothing, and they clash rather forcefully with the technical presentation of the original Steins;Gate - one of the most modern visual novels yet to see an English translation - to boot. And if you're an even rarer breed who is there for its seemingly extreme fidelity to retro presentation, it's not really a title that can easily be picked up without any prior familiarity with the franchise.

If you have such familiarity though, and are not completely put off by the absurdly primitive wrapping, the story makes it worth checking out, though it's by no means a must play.


[HEADING=1]Final Score: 6.5/10[/HEADING]
Physical copies of the game are available online for 78 $ + shipping. The English translation patch needed for it can be found here [http://e17time.blogspot.com/]