1) A location where the quantities that are used to measure the gravitational field become infinite in a way that does not depend on the coordinate system.

2) A hypothetical event occurring when technological progress becomes so rapid that it makes the future after the singularity qualitatively different and harder to predict.

3) A video game developed by Raven Software published by Activision and released for Microsoft Windows, Xbox 360, and PlayStation 3.

Singularity[footnote]Done as per suggestion by FrostyChick [http://www.escapistmagazine.com/profiles/view/FrostyChick]. Thanks! *hugs*[/footnote]. A promising game which had the potential to reach higher grounds. Shame it got smacked in the head half way there.

Singularity focuses on an off-coast Russian island[footnote]Seriously, what's with Russia and islands?[/footnote] called Kortuga-12. The game story dictates that here Russian scientists found an extremely rare element which they dubbed E-99. The element held great power. So great, that it controlled the very fabric of time. At a price. It also caused altercation in the biological structure of the living creatures. This lead to an irreversible catastrophe occurred which was hushed by the government.[footnote]Reminds me of the Chernobyl disaster. Sad times.[/footnote] Fifty years after the said catastrophe, an energy spike from the island damages an American satellite and the Americans, ever so ready to deal with problems, immediately dispatch a team to check the island for the cause. Apparently it was covered up in such a way that even the current in-game Russian government forgot about it since they neither warn your team nor do they have a presence there.

Say hello to the Captain Nathaniel Renko. 'Cause you will be playing him for about 8 hours. And with that, you also have the perks of killing tons of soldiers, using cool futuristic weapons, traveling back and forth in time and using the TMD[footnote]As viewed in the box art.[/footnote] or for you suave types: Time Manipulation Device on unsuspecting enemies.The TMD is a very, generally speaking, cool looking watch. It can age your enemy, repair or destroy objects and act as gravity gun, uses the E-99 as fuel but it doesn't tell the time. Shame. Throughout the game, the TMD will be upgraded with more and more features from which my personal favourite is the Deadlock. It's sort of a time-bubbles in which everything stops. And this is commendable since it removes the cheapness of making the entire game slow down and it also makes for some sadistic fun when all your enemies are trapped half-way into the bubble. Giving you enough time to spill some serious blood.

The TMD is also used to pass obstacles. Half Life 2 like physics puzzles are used here and the TMD's gravity gun abilities are fully utilized here. In other places the TMD's task can be as little as repairing a staircase to repairing an entire ship. And believe me, watching an entire ship repair itself is very sweet.

The enemies are, in all fairness, generic. On one side you have the army and on the other you have ugly mutated dudes with thrust for flesh. All of them are easy to beat and if you use TMD correctly, you can kill all of them off without wasting a single bullet. There are some boss scenes thrown here and there which are fun to do and quite spectacular.

The mystery element, E-99, is not only used as ammo for your TMD. But it's also used to buy upgrades for your weapons. Some upgrades are more useful than others. For example, decreasing reload time won't stop your enemies from trying to kill you gruesomely. But increasing the rate of fire and damage will.

4 paragraphs ago, i wrote that the game had potential. And it was a mighty shame it was held back. For one, it uses the Unreal Engine 3. And anyone who has played Bioshock, knows very well the potential the engine has in details. But it is not fully exploited in this game, and as a consequence it looks like a game which came before Bioshock! Then, there is the story. Since, this the game involves time startling twists are fully expected. Except for one tiny problem, the major twist is given quite early in the game. Therefore, when it is actually revealed, you feel kind of cheated by the game. That is not to say that the game isn't enjoyable but you have that nagging feeling that you know what's gonna happen before it even happens! And when you think Activision, what pops in your head? Aside from Bobby Kotick. Well, for me it's tons of advertising. And yet, i found no such adverts for such game. So imagine my surprise when i read. on Wikipedia no less, that Activision was disappointed with the game sales. And I'm thinking: Poor Raven guys. They make a good and it's pushed to the side lines by the big wigs. Me no support this action.

This game has been blessed with multiple endings. The endings of the game also try to copy Bioshock and actually manage to pull it off in a even better manner. Unlike Bioshock's illusion of choice, either of the 3 endings chosen feel complete.

It's still a very fun game to play. Despite the graphical flaws and the holes in the otherwise well-thought story, it's a decent buy and a very enjoyable one at that. You will not be disappointed by it... Much.

Hmm, I should buy this.

...which means you did a good review!

I'm glad i did. And i'm also glad i did good enough for someone to consider buying it. 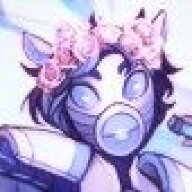 Nice review. would you recommend it to a fan of both Half-life 2 and Bioshock[footnote]I haven't played Timeshift[/footnote]?

Also Thanks for the mention. ^^
*hugs*